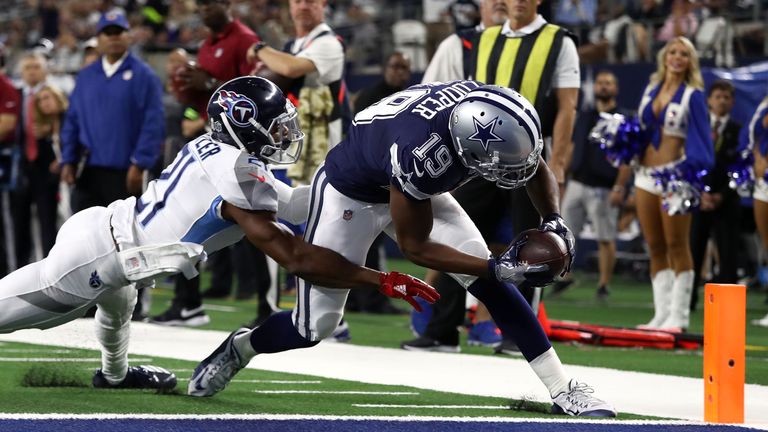 Amari Cooper scored his first touchdown as a Dallas Cowboy on Monday night.

Click on the video above to watch the former Oakland Raider wide receiver go in for a four-yard touchdown reception from Dak Prescott on his Dallas debut.

The scoring strike saw the Cowboys take an early 7-0 lead over the Tennessee Titans, but sadly for Dallas, and for Cooper, they’d ultimately slip to a 28-14 home defeat.

Cooper arrived in Dallas only a fortnight ago, in a trade for a first-round draft pick from Oakland.

Every Sunday, Sky Sports is your home of the NFL in the UK, with three live games and Redzone and you can join in the conversation by making sure you follow us @SkySportsNFL for behind-the-scenes coverage, live fixture announcements and much more.