Austrian Grand Prix LIVE: Follow all the action as Max Verstappen looks to win from pole ahead of Lando Norris and F1 championship rival Lewis Hamilton

The 2021 F1 season continues in Austria on Sunday with Max Verstappen carrying all the momentum as he continues his world title battle with Lewis Hamilton.

The Red Bull racer will start the Austrian Grand Prix on pole, with Mercedes man Hamilton down in fourth after another frustrating qualifying session on Saturday by his standards.

Follow Sportsmail’s DAN RIPLEY for live Formula One coverage of the Austrian Grand Prix, including build-up, updates and result. The race starts at 2pm (UK time).

QUALIFYING REPORT: Max Verstappen re-affirms his dominance over Lewis Hamilton as Red Bull star takes pole for the Austria Grand Prix in day to forget for reigning champion who qualifies in fourth as Lando Norris clinches first EVER front row place with McLaren

JONATHAN McEVOY: Max Verstappen took pole position for the Austrian Grand Prix, his third in succession this season, to leave Lewis Hamilton fourth and with it all to do in Sunday’s race.

For the first time since the coronavirus outbreak, the stands are packed with supporters and if you haven’t guessed by the sea of orange, many have made the short trip from Holland to give their support for championship leader Max Verstappen. What a sight! 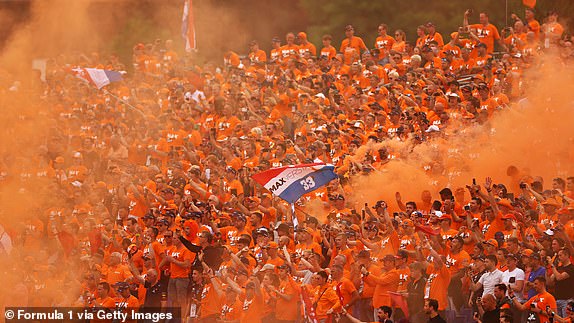 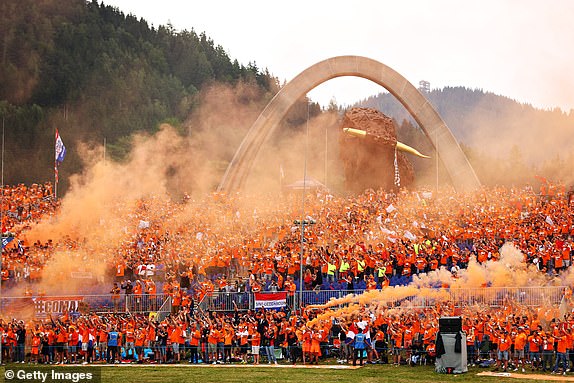 Verstappen was dominant in the dry but how would his Red Bull handle in the wet conditions? Lewis Hamilton as we know is a master in these sorts of races and he admitted pre-race it was the only way he could challenge Verstappen for victory starting from fourth on the grid.

Right now, it is spitting at the track. Not wet enough for intermediates but there is a 40 per cent chance of rain in Spielberg.

It was of course only last week we were watching Max Verstappen cruise to victory around the Red Bull Ring at the Syrian Grand Prix, but will he have it his own way again at the same circuit for today’s Austrian Grand Prix?

Good afternoon all and welcome to our live coverage of all the action which gets underway from 2pm. 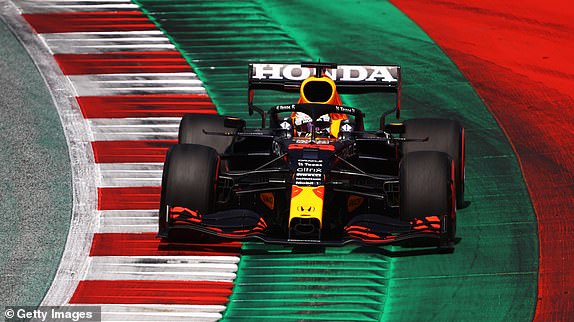