Charles Leclerc says no amount of money could entice him away from his dream of becoming Formula 1 world champion with Ferrari.

Leclerc enjoyed a successful first season with the Italian team back in 2019 – even winning at their home race in Monza in front of an elated Tifosi.

However, things proved more difficult in 2020, when Ferrari suffered their worst season in Formula 1 in 40 years, finishing sixth in the constructors’ standings, a massive 442 points behind winners Mercedes and failing to register a single win.

However, fortunes seemed to be improving for the team this season, with Carlos Sainz Jnr replacing four-time champion Sebastian Vettel alongside Leclerc in the Ferrari garage.

Both drivers have finished in the top 10 in the opening two rounds in Bahrain and Imola. However, the package doesn’t yet seem capable of challenging Mercedes and Red Bull for pure speed. 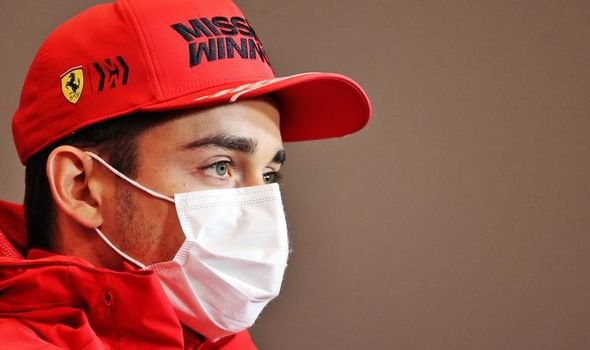 However, Leclerc says his future remains firmly with Ferrari.

When asked by il Giornale if money could tempt him away from the team, the Monégasque replied: “No, because Ferrari is special.

“Money is important, but I believe in the project and I want to go all the way with the team I dreamed of as a child.

“I want to try and when I have something in mind I want to go through with it.

“There are no offers that match. I feel great here and I want to reach the goal I have set myself and I will not leave until I have achieved it.

“It will be difficult, but the victory makes me happy and I will always fight to try.

“It’s in my mentality even when I start back and know I don’t have the pace to win, I aim for victory. I’m not interested in a fourth or fifth place.”

After Ferrari’s disastrous 2020 campaign, the 23-year-old was realistic about the team’s chances this season, and said he has a clear vision of their goal.

“To win we still have to take a big step,” he added.

“We have also come a lot closer. There is still a lot of difference from Mercedes and Red Bull. And I don’t think we will have the potential to win.

“In some tracks we will be closer, but I don’t think enough. The goal, for now, is to stay ahead of McLaren.”