They were give a scare, though, by Ferrari’s Sebastian Vettel in the first round of qualifying.

The four-time Formula One Drivers Championship winner led the first round of qualifying after a crash in the last practice but hit the barrier in Q3.

And it was not a good round for Vettel’s Ferrari team-mate Leclerc.

The Frenchman finished 16th in the first qualifying round, meaning he will start the race tomorrow in that position.

And footage has emerged of his furious reaction in the pit lane.

In the clip, Leclerc has come in with several minutes of qualifying remaining.

But it does not go well as he misses the weighbridge. 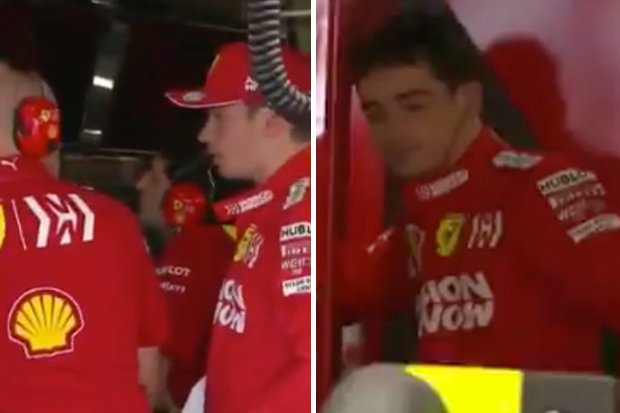 While a third held nothing back.

“How do you not send Leclerc out again in f***ing Monaco,” they said.

“Vettel left 90 seconds before the chequered flag, Leclerc had time. The worst strategists.”

And a fourth simply added: “Disgusting.”

This comes as Hamilton sent a cheeky message to Cristiano Ronaldo about his son taking up F1.