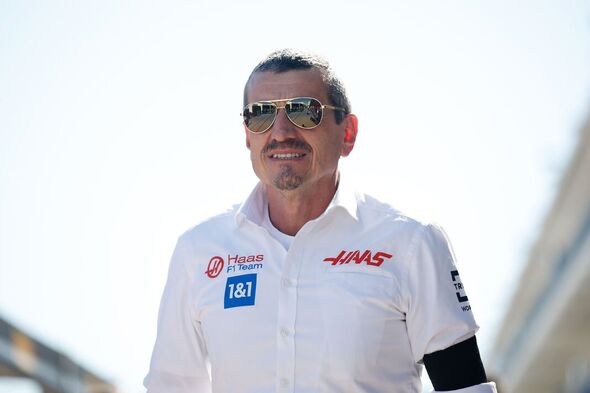 Guenther Steiner joked that he will refuse to answer the phone to Daniel Ricciardo after revealing that he approached the Australian driver about the vacant Haas seat before his McLaren exit was confirmed. Haas boss Steiner announced that Niko Hulkenberg will replace Mick Schumacher in the build-up to the season-ending Abu Dhabi Grand Prix.

The decision officially confirmed that Ricciardo won’t have a drive in F1 next season, with the experienced German Hulkenberg taking the last seat available on the grid.

Ricciardo’s next step in motorsport is still unknown, after he was replaced by Oscar Piastri at McLaren despite having another year left on his contract. The 33-year-old wants to remain close to F1 and has been in talks over a possible reserve driver role at old team Red Bull or at Mercedes.

Haas Team Principal Steiner did reach out to Ricciardo about replacing Mick Schumacher, who is now also left without a drive in 2023. But Ricciardo always insisted he would prefer to take a year out rather than joining a midfield team.

And after signing reliable points scorer Hulkenberg, Steiner reflected on his talks with Ricciardo. He said in jest that he would not be answering Ricciardo’s phone calls anymore after he took out Haas driver Kevin Magnussen on the first lap in Brazil.

“In the beginning, I reached out,” Steiner said.”Before the McLaren thing happened, I reached out to see what he was doing next year, but then we didn’t go anywhere. He never spoke with me. He still doesn’t speak with me – and he’d better not after last weekend when he crashed into us! So I don’t answer the phone call anymore.

“Danny this year, obviously, he didn’t do well, otherwise he would still be at McLaren,” Steiner added. “So I think we have to consider that one as well, we would have known that in the moment is not the height of his career.  And I still don’t get it because I think he’s a very good driver, because he won races with Red Bull, he was very good. And this year, it just didn’t come together.”

Ricciardo has had to come to terms with time away from the paddock next season, but he believes patience could be key as he looks to regain a seat in a race-winning car.

“I know I’m 33 but I look at [Fernando] Alonso, I look at Lewis [Hamilton], and if I want to be here and I still have it in my heart then I know I can,” Ricciardo said last month before Haas confirmed Hulkenberg.

“It’s really now not just looking at next year and just jumping into the first available seat. I’m trying to look a little bit beyond that and back myself to be winning races again.”