Red Bull chief Christian Horner has taken aim at Lewis Hamilton and pinned the blame solely on the Mercedes superstar for his crash with Max Verstappen.

Verstappen, the world championship leader, was left gingerly limping away from his car after both drivers collided on the opening lap of the British Grand Prix.

In pulsating fashion, the Mercedes and the Red Bull went wheel-to-wheel immediately from the off, with Hamilton looking to dance around the outside. 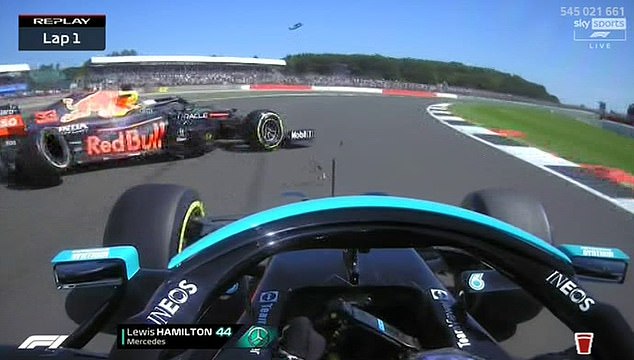 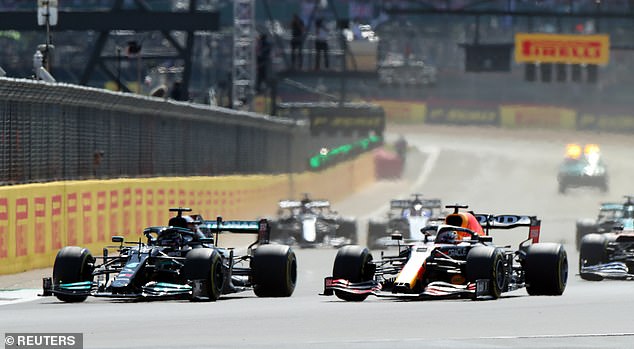 Having been squeezed out, Hamilton then darted for the inside line on the approach to the Copse corner, but Verstappen opted to hold his ground and turn in.

It was then that his right rear wheel was tagged by Hamilton’s front left, sending his Red Bull flying off the course and smashing with a sickening crunch into the barrier.

Verstappen was immediately tended to by the marshals trackside and, despite being able to clamber from the wreckage, notably appeared shaken up and winded.

Footage then showed him waving to the crowd before he was taken away in an ambulance for a precautionary check-up. 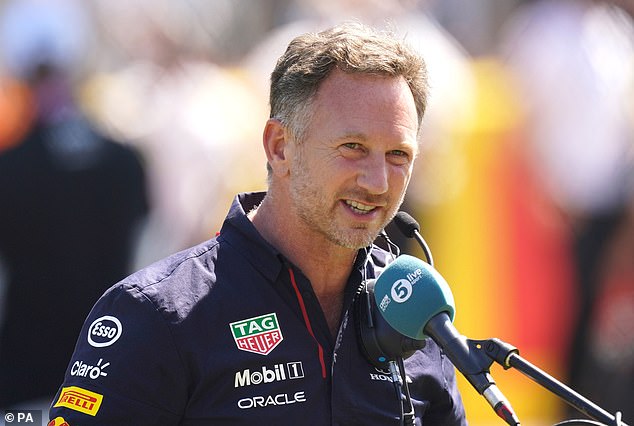 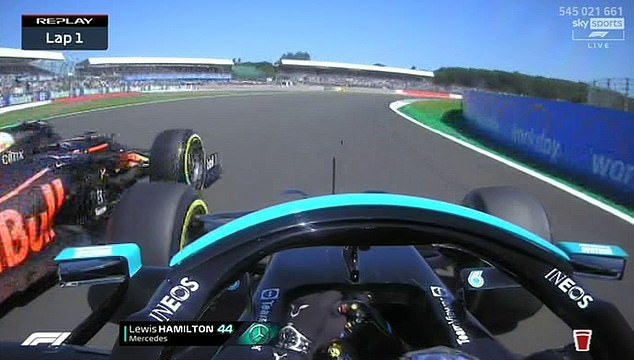 And in the aftermath, a clearly irate Horner lashed out at Hamilton when speaking to the race director over the radio.

‘That corner was never anywhere near alongside,’ Horner said. ‘Every driver that has driven at this circuit knows you do not stick a wheel up the inside of Copse.

‘That’s an enormous accident and it was Max’s corner. As far as I’m concerned, full blame is on Hamilton for that incident, he should never have been in that position.

‘Thank god he’s walked away unscathed and I hope you are going to deal with it appropriately.’ 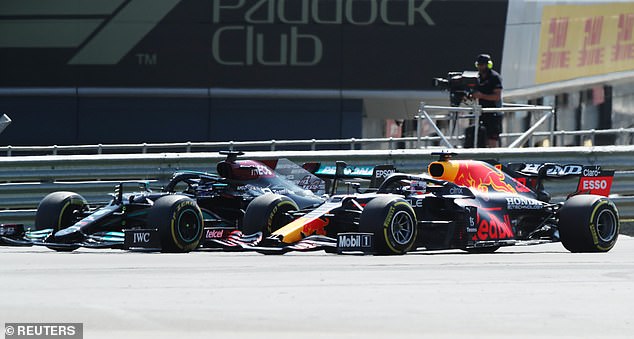 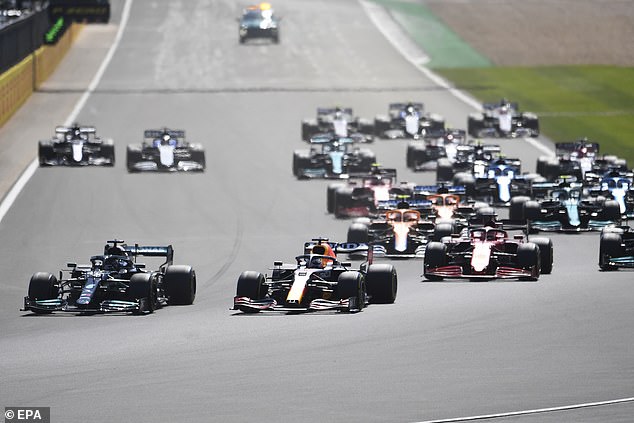 The race was red flagged to allow for the barriers to be replaced, and Hamilton took to his own team radio to plead his innocence.

‘I was ahead going in there, man. Fully alongside, it was my line. He turned in on me, man. It was a big hit on the left front, so do a big check,’ Hamilton insisted.

He was later hit with a 10-second penalty despite claims that the smash was solely a racing incident. 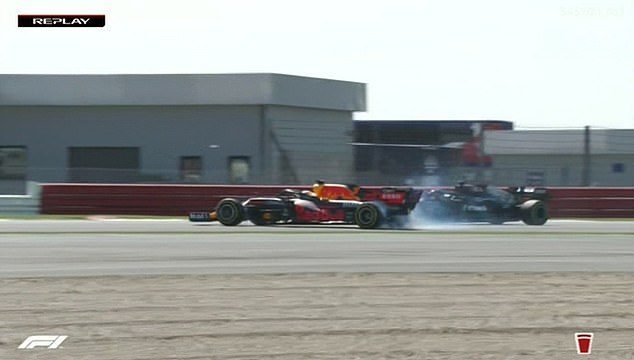 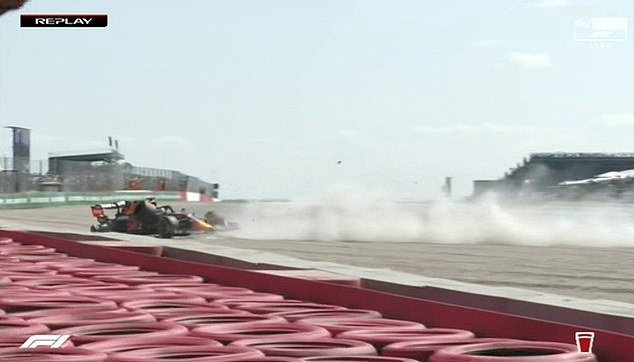 But Horner doubled down on his stance before the punishment, and witheringly labelled Hamilton’s daring manoeuvre as ‘dirty driving’.

‘Thank god we’ve seen him walk away. He was massively winded and he’s gone to the medical centre for a check-up,’ Horner told Channel 4.

‘That’s a hell of a relief to see him get out because that corner is one of the fastest on the calendar. Completely out of order to stick a wheel up the inside there.

‘It was way too far. Every driver that has driven this circuit knows you don’t stick a wheel up the inside of Copse. 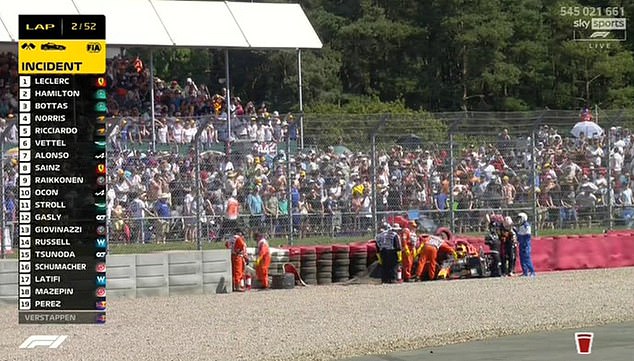 ‘He’s done it and his front left has made contact with Max’s right rear at one of the fastest corners in the championship and he’s put him in the fence.

‘As you can imagine, we’re pretty annoyed about things. I think it was a desperate move.

‘He failed to make the move in the first part of the lap which he obviously needed to do. Copse is one of the fastest corners in the world.

‘You don’t stick a wheel up the inside. That’s just dirty driving.’ 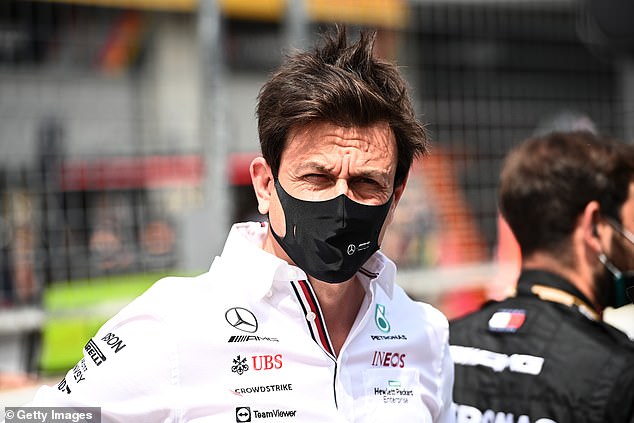 Mercedes boss Toto Wolff, meanwhile, sent an email to the FIA showing detailed diagrams of the incident in his attempts to back Hamilton. 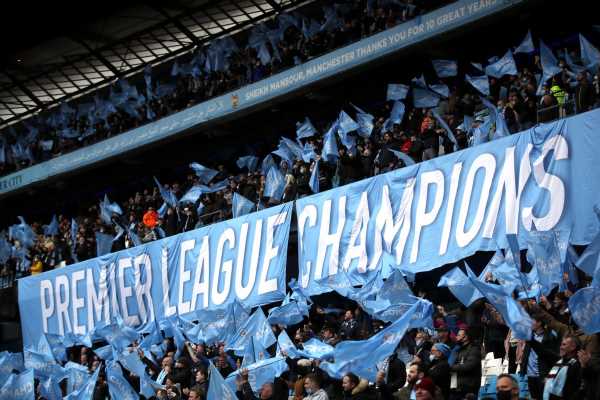