Lewis Hamilton has revealed he has broken an old F1 habit this season in order to fend off the title challenge of rival Max Verstappen. The Briton has had battles for the world championship over the past few years, but no-one has really come close since he was pipped to the crown by Mercedes team-mate Nico Rosberg back in 2016.

That has changed this season, with Red Bull star Verstappen going toe to toe with the seven-time world champion throughout the campaign and currently leading by six points after 16 races.

The Dutchman is vying to become the first driver to win a world championship in a car that doesn’t have a Mercedes badge on it since Sebastian Vettel flew to the title in 2013, also in a Red Bull.

And his challenge has got Hamilton so worried that he has changed the way he prepares for Grand Prix to ensure he is best equipped for a fight on a weekend.

Earlier this year, the Briton revealed he doesn’t care for track walks, dubbing them “pointless” and saying he prefers to preserve his energy on a weekend for the racing.

JUST IN: Max Verstappen ‘knocked out’ by Lewis Hamilton at Silverstone

He added he rarely makes use of modern simulator technology, estimating that he completes less than two dozen virtual laps per year in preparation for a Grand Prix.

“I hardly ever drive on the simulator. I maybe do 20 laps a year, maybe. I have no interest in the simulator,” he told Sky Sports’ Martin Brundle back in May.

The pressure from Verstappen seems to have forced the Briton to change his ways, though, as he has admitted to spending more time at Mercedes’ Brackley headquarters working with the simulator.

He has flown back to the UK between race weekends for exactly that purpose on several occasions this season, such as before the Styrian and Austrian Grand Prix early in the summer.

“I can’t say I’ve necessarily enjoyed it,” Hamilton said when quizzed on the topic by reporters, before admitting he felt the extra work had some positive effects.

“I think just really, you know, particularly after the last few difficult races we’ve had, I just went in to try and see if there’s any way I could try and help the team just be better prepared.

“I think there’s been a couple of good things from it, but not life changing.

“And so, I’ll continue to work with [former F1 racer and long-time Mercedes simulator driver Anthony Davidson] still and we’ve got drivers on there that do a lot of work.

“I think just working on the processes of how we communicate with them on their programme so we’re getting the right things tested.

“I think overall it’s been positive.”

While Verstappen currently has that small six-point advantage in the title race, Red Bull are 36 points off the pace in their constructors’ championship scrap with Mercedes.

And adviser Helmut Marko has admitted they face an uphill battle in trying to close that gap, claiming four of the final six races favour their rivals.

“At the moment I only see two races where we have advantages because of the altitude – Mexico and Sao Paulo,” the Austrian said.

“At the other four circuits, Mercedes is the favourite at the moment.”

Bill Barnwell is a staff writer for ESPN.com. If you play fantasy football, you’ve probably noticed that this hasn’t been a great season for the […] 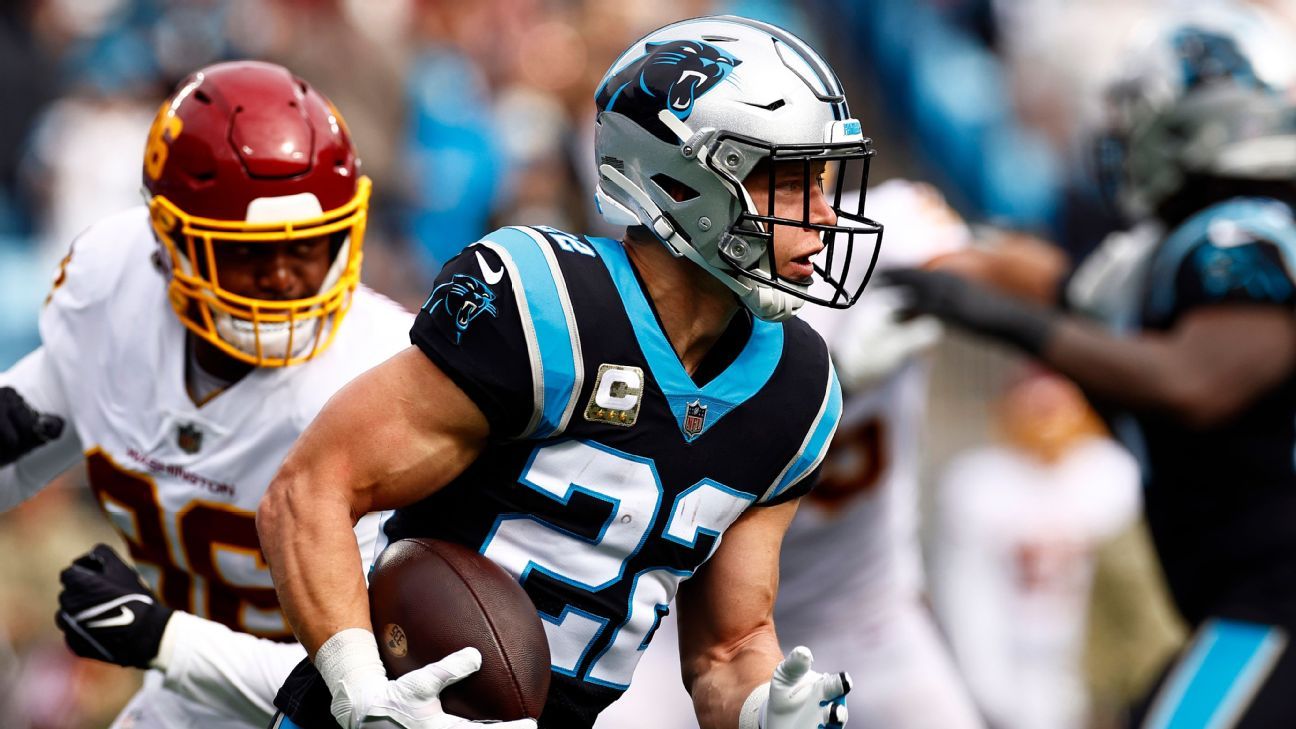