British Grand Prix: A preview lap of the race track

Lando Norris poked fun at Lewis Hamilton, claiming he could beat the Mercedes star’s record and become an eight-time world champion after overtaking him in the British Grand Prix.  Norris had a better start than Hamilton and got past the seven-time champion to move up to fourth at the start.

He passed the Mercedes driver on the outside of the right hander at Luffield, closing in on  both Red Bull’s and Ferrari’s battling in front. Reacting to the fight, Norris said: “I should be the eight times world champion.”

However, Hamilton eventually found pace and got past Norris with the help of DRS down the Wellington Straight several laps later.

There was a chance for Norris to move higher up the field after the late safety car. The Mclaren star and Fernando Alonso momentarily made the fight for second a five-way fight but the pair were unable to match the pace of Sergio Perez and Hamilton. 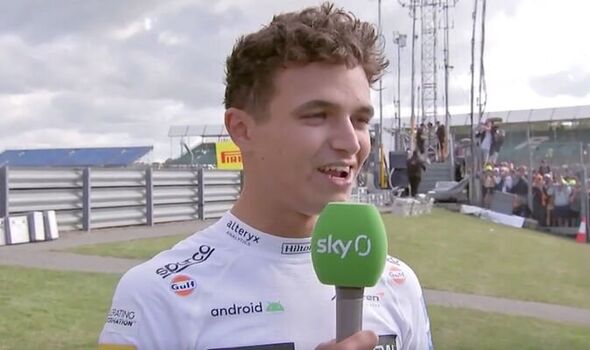 However, the result ensured Norris scored eight critical points, moving the team past Alpha Tauri in the team’s standings. Pierre Gasly retired from the race after his involvement in an opening lap accident while Tsunoda crossed the line in 14th, the last of the finishers.

Norris’ Teammate Ricciardo was unable to capitalise and finished down in 13th.