Lando Norris has challenged himself and George Russell to step into Lewis Hamilton’s shoes and fly the flag for the UK at the head of the F1 standings. The two young British drivers are some of the brightest young talents on the grid and could be future world champions.

Hamilton has led the way over the past decade, winning seven Drivers’ Championships to equal Michael Schumacher’s record.

The 35-year-old is expected to pull away from the legendary German by coming out on top in 2021.

But Hamilton’s future beyond next year is up in the air and he may choose to step away from motorsport’s premier competition.

A huge void will be created if Hamilton retires – and that could pave the way for a new star to rise.

Russell proved he has what it takes to step into the Mercedes star’s shoes as he deputised for Hamilton at the Sakhir Grand Prix. 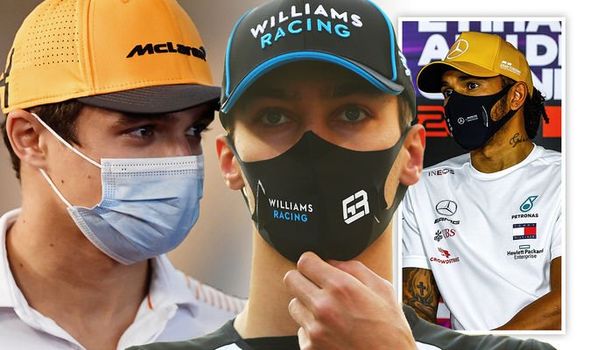 The 22-year-old, who had not scored a point all season for Williams, led for the majority of the race.

He would have secured the first F1 win of his career if it was not for a horrific double-stacked pit stop and late puncture.

McLaren star Norris also hopes he can be at the front of the grid battling his fellow countryman for honours in the future.

“Not just within F1 but for the UK and our country.

“Lewis has set a great example for that and there are a lot of things we can follow. He has set a very good example.

“It is a big burden because he is a very good figure and a great person. Lewis is a great guy for both George and myself to look up to.”

Off the track, Russell and Norris are good friends having come up against each other throughout their rise to F1.

“I knew we’d be on a similar level to one another when we came to F1,” Russell explained earlier this year. 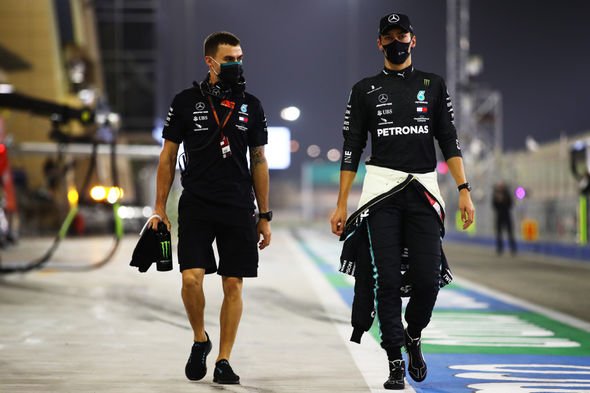 “Because we’ve raced each other our whole lives, and we know where we rank ourselves amongst one another.

“Knowing that we do have the level to do a good job in Formula 1 against guys who have been here for 5-10 years and more is a great feeling, and I think having raced each other all our careers since the age of 12-13, we’ve pushed each other. Probably not consciously.

“I saw things that Max [Verstappen] and Charles [Leclerc] did that I probably thought I need to do, they might have thought the same with us.

“Likewise, Lando was just below me and Alex [Albon] was a bit ahead of me, Lando probably looked up to us, I looked up to Alex a little bit when he was in senior karting and I was in junior karting.”