Lewis Hamilton is no stranger to striking, experimental choices of clothing, and the Formula One world champion made another bold statement on Thursday.

Fresh from winning his fifth world title, Hamilton arrived for pre-race preparations at Interlagos in a tracksuit and denim jacket combination.

Hamilton wore a green and navy Kith hooded top and tracksuit bottoms, along with a denim jacket, topped with a Mercedes-brand cap, to keep on message with his F1 team. 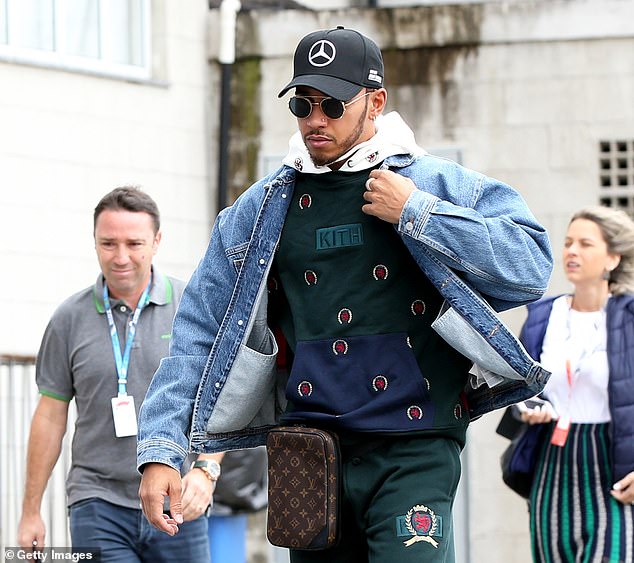 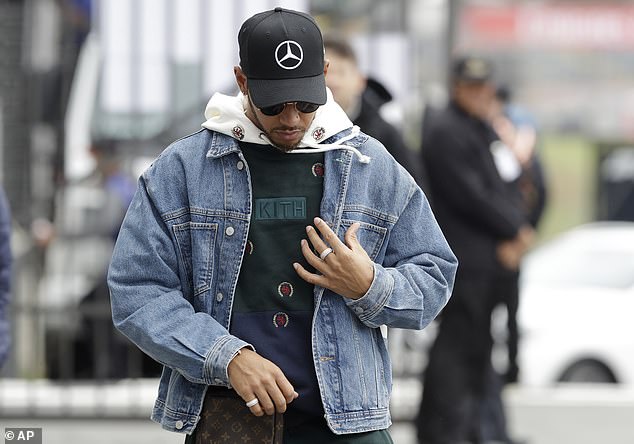 Hamilton wore a green and navy Kith top and tracksuit bottoms, along with a denim jacket 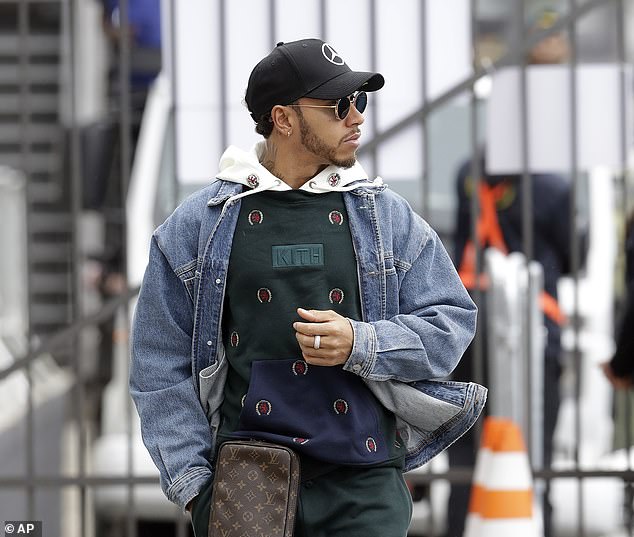 The outfit was topped with a Mercedes-brand cap, and a Louis Vuitton wash bag on his waist

To top if off, Hamilton had a Louis Vuitton wash bag attached to his waist, to create a look straight out of the local thrift store. That said, when you’ve won five world drivers’ championships, you probably have carte blanche to dress as you like.

Hamilton switched to full Mercedes business however in time for his press conference – in white, branded shirt and cap – where he threatened to leave F1 if the calendar became too bloated.

Liberty Media, the American conglomerate which runs F1, announced that a race on the streets of Vietnam’s capital city, Hanoi, will be added to the schedule in 2020.

They are also keen to expand their portfolio in America by adding multiple races and remain hopeful of taking F1 to Miami within two seasons. Next year’s calendar, with 21 races races, is set to run into December for the first time in more than half-a-century. 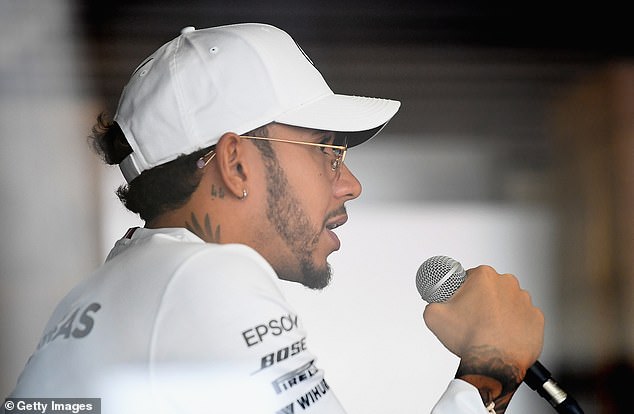 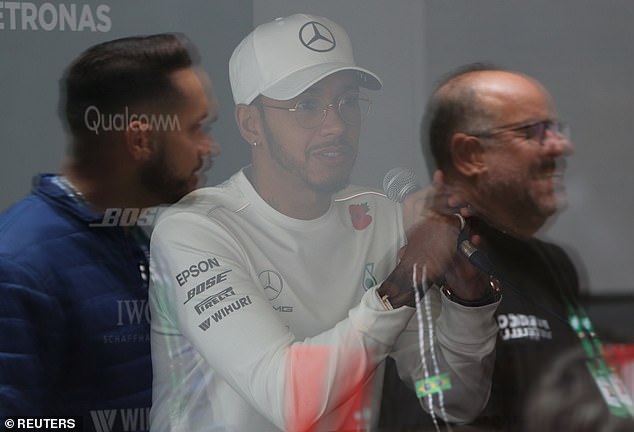 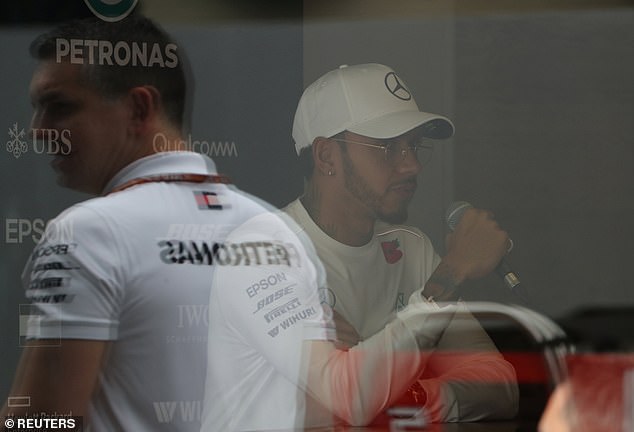 However Hamilton said: ‘I am not going to be here if it gets to 25 races, that’s for sure. It already feels like we are on race No 25 this year, so I don’t think more races is going to be a good thing.

‘I am someone that really loves racing, but the season is long, it takes a big commitment from all of us, and it is a long time away from our families.

‘The seasons are getting longer, and the off-time is getting shorter, so from a competitor’s point of view the turnaround is short. You start preparing for next year as soon as the season is so done, so getting your mind tuned is very difficult.’ 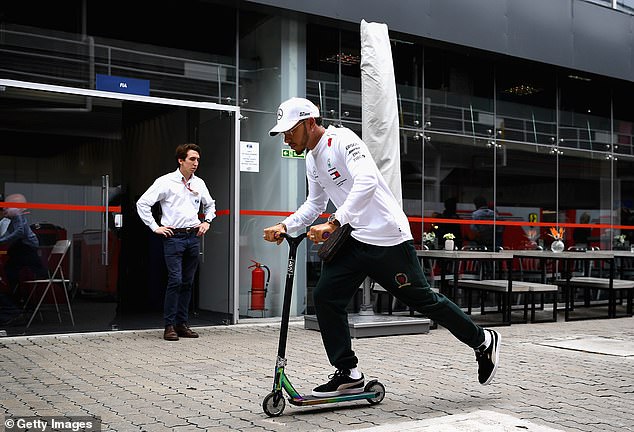