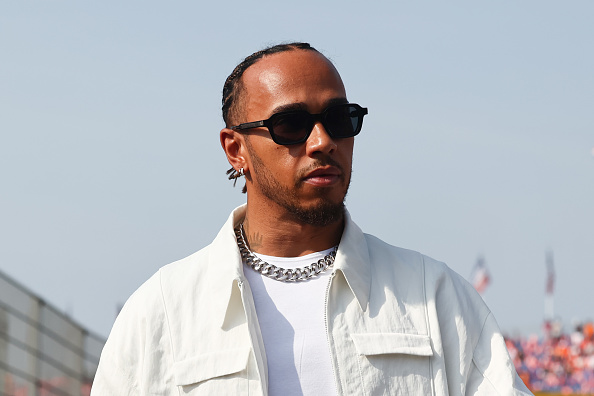 Sir Lewis Hamilton says he is ‘dying to have the opportunity’ to once again fight Max Verstappen at the front of the grid.

The British sporting legend battled Verstappen last season in a thrilling, though sometimes toxic, title fight, with the Dutchman ultimately being crowned champion.

However, this year Mercedes haven’t been quick enough to challenge Red Bull and Ferrari, and as a result Hamilton has been unable to contest for the title for the first time in a decade and is yet to win a race in 2022.

Verstappen meanwhile has gone from strength to strength, capitalising on Ferrari’s blunders to open up a 109-point lead with just seven races to go and become champion-elect.

But while the championship may be all but over, there is still likely to be some entertaining races to come especially given how Mercedes have improved over the summer break.

At last weekend’s Dutch Grand Prix, Hamilton and his teammate George Russell matched the pace of Red Bull and Ferrari throughout the weekend and at one point during the race, Hamilton had a very good chance of claiming victory.

Unfortunately for him, safety cars and a strategy risk quashed those hopes, but it was a reminder to everyone that Hamilton and Mercedes are always a threat and the driver himself admitted that he had really missed the sensation of battling for the win.

‘I’m dying to get back in that race and have the opportunity to fight Max, but the day hasn’t come [yet],’ Hamilton said.

‘There’s so many great things to take [from the Dutch GP]. If this can be the same in the future races, we’re going to be continuing to breathe down their necks and get that win.

‘I’m taking all these positives forwards, so grateful for the team and all their hard work because it has been a tough slog for all of them. Let’s just not give up.’

Hamilton won’t have to wait long for his next chance with the Italian Grand Prix, the scene of one of his big crashes with Verstappen, this weekend.

The seven-time world champion holds an incredible record of winning at least one race in every season for Formula 1 he has competed in, and while Monza is likely to be a track that will favour Red Bull, the 37-year-old has the experience of five wins in Italy to call on.