Lewis Hamilton discusses his experience with race at Formula 1

Lewis Hamilton has defended Red Bull after their Head of Strategy Hannah Schmitz was targeted by fans on social media after the Dutch Grand Prix. Hamilton made a post on his Team LH Twitter page late last night as “F1xed” started trending in the wake of Yuki Tsunoda’s breakdown.

Tsunoda stopped by the side of the track before returning to the pits complaining of tyre issues. He was sent back out by AlphaTauri only to stop again three corners later and bring out a Virtual Safety Car.

This helped Verstappen as it gave the Dutchman a free pitstop without losing track position to a resurgent Hamilton. An image of Schmitz smiling as Tsunoda broke down was then posted online, which became a focus for Hamilton fans to hit back at Red Bull.

However, the Mercedes star took to Twitter late last night to defend Red Bull’s strategist and urge fans to calm down. 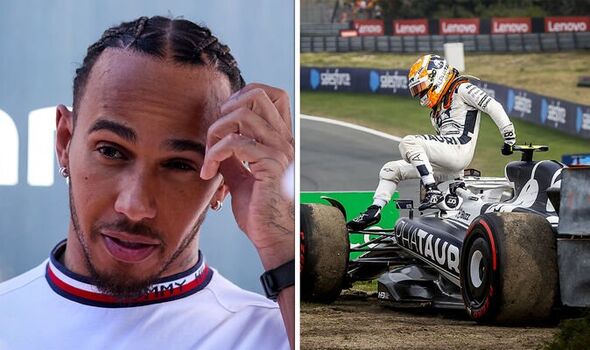 The statement read: “We 100 per cent understand that everyone’s emotions are high right now. No one expected the race to unfold that way when we were so close to a win. But it’s important to us that we continue to spread love and empathy towards the hardworking teams in the paddock – whether from our team or others – but especially the women.

“The language and hateful comments directed at Red Bull’s head of strategy Hannah Schmitz is intolerable and should not be condoned. This sport is cut-throat and you have to be ready for absolutely anything, and that’s what she did today.

“There are a lot of positives to take from Lewis’ race today, and that’s exactly what we are focussing on doing. Thank you for your unwavering support for LH. We win and we lose together.” 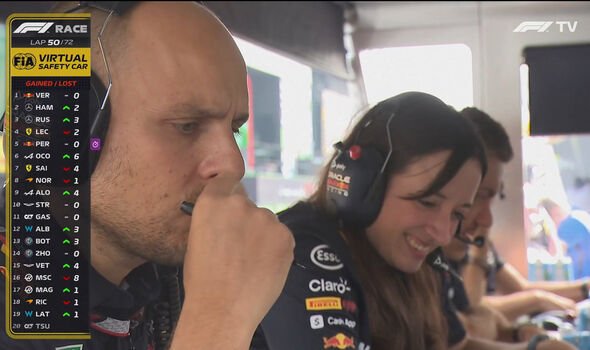 Hamilton’s afternoon went from bad to worse as he lost another chance to win the race after the VSC. He was closing in on Verstappen with the faster tyres in the closing stages before a late-race Safety Car again nullified his advantage.

The Dutchman pitted for new soft tyres but Mercedes gambled on leaving their cars out to defend against Verstappen in a bold gamble to try and win the race. However, Hamilton’s chances were blown after George Russell decided to come in for fresh softs a lap later.

This left the seven-time champion vulnerable and the Red Bull blasted past him moments after the restart. Hamilton fell through the field in the closing stages with Russell and Charles Leclerc passing to demote the Briton to fourth.