Lewis Hamilton has sent an emotional message to the Queen, who is under medical supervision at Balmoral Castle in Scotland. The Queen’s doctors are concerned for her health, but insisted on Thursday that she “remains comfortable.”

“It is definitely concerning,” Hamilton said as news of the Queen’s condition broke. “She has been such a strong leader for such a long, long time and so resilient. I know she has always been a real fighter, so my thoughts are with her and the family. My prayers are with them. I am hoping for better news soon.”

On Thursday morning, Buckingham Palace released a statement about the Queen’s health as her family rushed to be with her. “Following further evaluation this morning, the Queen’s doctors are concerned for Her Majesty’s health and have recommended she remain under medical supervision,” it read. “The Queen remains comfortable and at Balmoral.”

The statement came after a Buckingham Palace spokesperson revealed that the 96-year-old had accepted advice from doctors to rest in the wake of her meeting with Liz Truss on Tuesday, where she appointed the South West Norfolk MP as the Prime Minister. 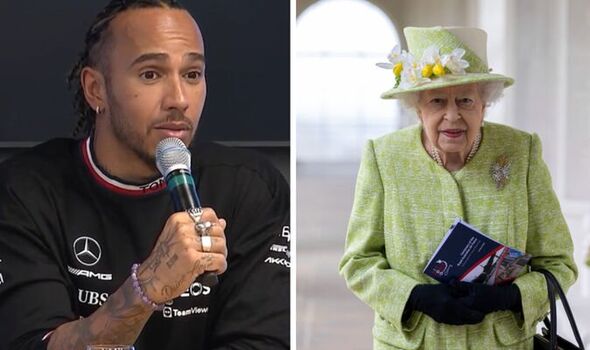 “After a full day yesterday, Her Majesty has this afternoon accepted doctors’ advice to rest,” read the initial statement. “This means that the Privy Council meeting that had been due to take place this evening will be rearranged.”

Meanwhile, Prime Minister Liz Truss said: “The whole country will be deeply concerned by the news from Buckingham Palace this lunchtime. My thoughts – and the thoughts of people across our United Kingdom – are with Her Majesty The Queen and her family at this time.”