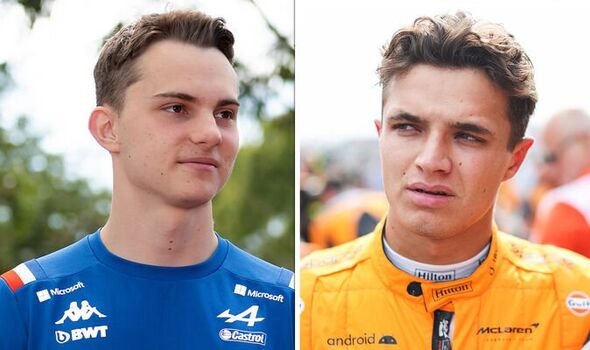 Lewis Hamilton should be honoured with a testimonial all-star race involving former rivals Nico Rosberg and Sebastian Vettel. Testimonials are usually offered to footballers after spending 10 years at a club but are not usually something handed out in motorsport.

The British Touring Car Championship hosted an all-star race in 2004, pitting dozens of ex-champions together in what turned out to be a crash-filled race at Donington Park. Just for fun, Express Sport looks at who could feature in an F1 testimonial race in identical cars if motorsport’s premier event decided to copy football.

Hamilton was embroiled in a tense battle with Mercedes team-mate Nico Rosberg with the rivalry peaking in 2016. The pair collided at the Spanish Grand Prix, splitting the garage and creating a hostile environment at the Silver Arrows.

Rosberg triumphed to secure the world title at the final race before retiring to spend time with his family. It means Hamilton was never able to avenge losing the title and an all-star race could provide a platform for a final battle.

Since Rosberg retired the pair have become good friends and often spend time together away from the track.

Hamilton was partnered with Button for three seasons between 2010 and 2012 with the pair fairly evenly matched. Button secured eight wins over the three seasons together, just shy of Hamilton’s ten victories.

Button has kept his hand in racing, competing at events such as the Le Mans 24 Hours, the Goodwood Festival of Speed and British GT series and could be tempted by a one-off comeback. 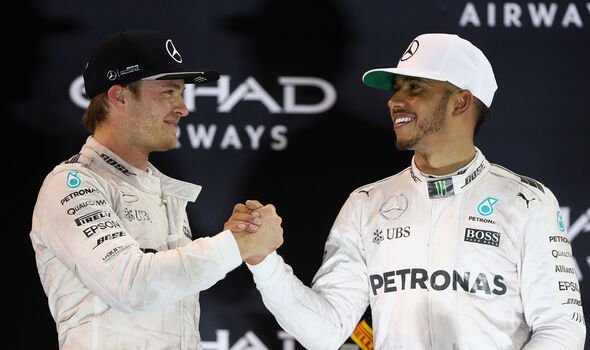 For several minutes, Felipe Massa appeared to have won the 2008 world championship as the Brazilian fans went into raptures. However, Hamilton denied the Ferrari man his only world title after a last corner pass on Timo Glock in the changeable conditions.

Massa’s career faded out after an accident during qualifying for the 2009 Hungarian Grand Prix months later and never competed for a title again.

Hamilton and Vettel battled to become the driver of a generation in 2017 as they both fought for their fifth titles. repetition of ‘become’. Although Vettel put up a fight, the four-time champion was never able to topple Mercedes’ superior pace advantage.

Both drivers are friends in the paddock and also share a similarity in that they both secured the bulk of their crowns during a dominant patch for their team. The German is retiring at the end of the season but could be convinced to come back next season for an all-star race. 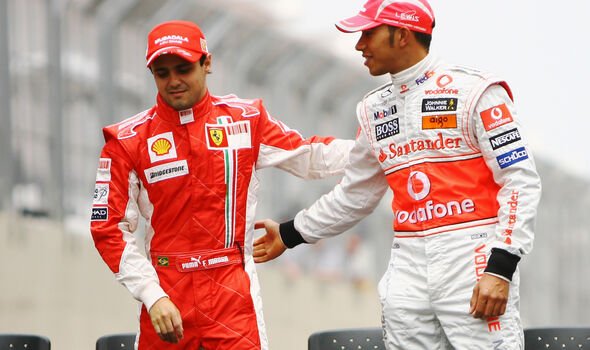 Hamilton described Bottas as his best team-mate when the Finn left Mercedes at the end of last season. Bottas has previously described Hamilton as a “legend” and the pair have been spotted talking at races this season.

The Finn has enjoyed a resurgence since joining Alfa Romeo, scoring points in seven races this season.

Russell has got the better of Hamilton so far this season and leads his world champion team-mate by 35 points. Rosberg has previously claimed Hamilton “hates losing to team-mates” and will be affected by losing to the former Williams star.

Despite this, the pair have been spotted spending time together away from the race track.

Hamilton recently admitted Alonso was his toughest opponent since joining F1. They enjoyed a fractious relationship at McLaren which boiled over at the 2007 Hungarian Grand Prix when Alonso refused to let Hamilton have a final run in qualifying.

They have since tried to put the past behind them with the Spaniard seen congratulating Hamilton after winning the title in 2014. 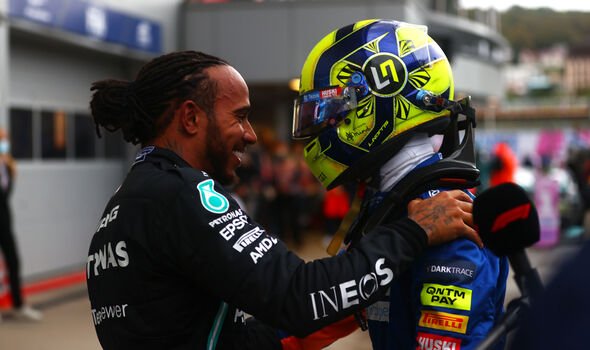 Raikkonen won his only world title in 2007 after Hamilton threw away a points advantage in the final two races. Hamilton dropped his car into the gravel tap in China and fell back through the field in Brazil as the Ferrari star took advantage.

Hamilton has admitted he always played as Raikkonen on computer games growing up as he praised the Finn.

The pair enjoyed a touching moment ahead of the British Grand Prix, laughing as the Mercedes star stole his hat on the grid at Silverstone.

Hamilton pipped the young Brazilian to the 2006 GP2 title to secure an F1 drive for the following season. Hamilton pulled off one of the overtakes of his career in 2006 as he squeezed past Piquet in a three-way fight at Maggots corner.

Piquet went on to enjoy his own F2 career, moving to Renault the same year Hamilton joined McLaren.