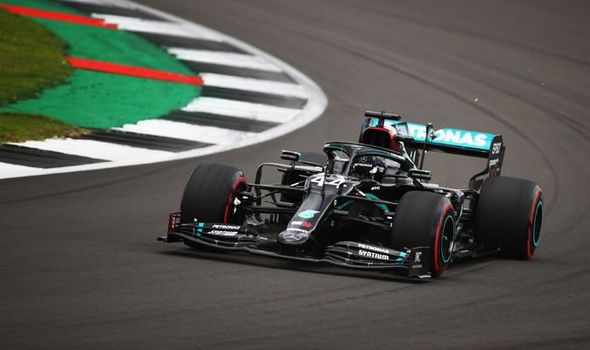 Lewis Hamilton suffered a spin in the second session of British Grand Prix qualifying, forcing a red flag as the stewards scrambled to clear the debris caused by his trip on to the gravel at Luffield.

The Brit is chasing a record-extending seventh success at his home race in Silverstone and has sat on pole in four of the last five years, only missing out to Valtteri Bottas in 2019.

But during Q2, Hamilton lost control and went on to the gravel at Turn 7, though he was able to rescue it and return to the pits.

Hamilton’s first lap upon returning to track saw him second in the standings, three tenths behind Valtteri Bottas, where he ended Q2.

“Just on the throttle, steering lock on, medium tyres and a little less grip and just backing it through the gravel.

“Hamilton wants to start the race on those tyres but that wont help his cause one bit.”