As Lewis Hamilton signed off his sixth championship-winning season in style in Abu Dhabi, a familiar rumour concerning the Englishman and a bumper F1 transfer was bubbling in the paddock.

The prospect of ‘Hamilton to Ferrari’ has long been mooted and, with the six-time world champion’s Mercedes contract expiring in 12 months’ time, that speculation has resurfaced for 2021.

Hamilton has consistently stated his loyalty to Mercedes and has never given any indication he wants to leave but, that said, he did admit on Sunday evening that it would still be “smart and wise” for him to fully consider his options for what will likely be the last contract of his glittering career.

Setting the scene as Ferrari pay their ‘first compliment’ to Hamilton
F1 will be transformed with its major rules and car overhaul in 2021, which is the year after Hamilton and many other stars, including Max Verstappen and Sebastian Vettel, see their contracts expire.

A bumper driver market has therefore been predicted, even by Hamilton himself. 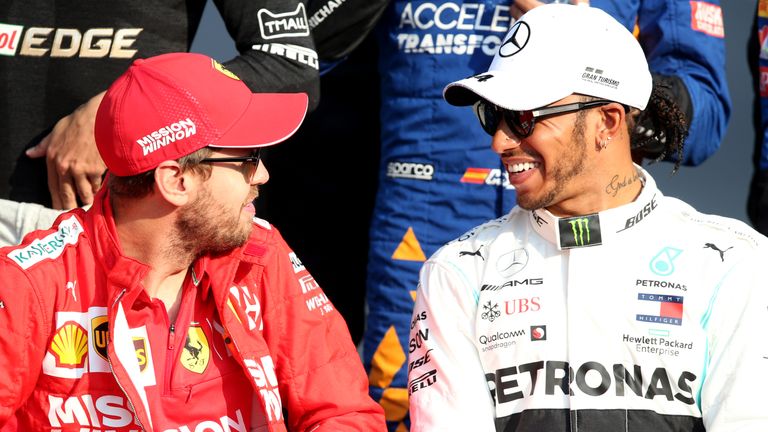 Ferrari’s interest in Hamilton had been quiet and far from public before the last Grand Prix of the season but come Friday at Yas Marina their team boss made that admiration abundantly clear.

“Knowing that he’s available in 2021 can make us only happy,” expressed Mattia Binotto.

It should be no surprise that Ferrari, without a championship of their own in more than a decade, would be interested in Hamilton, the sport’s winning machine and premier act.

But those positive comments seemed to shock Hamilton, who welcomed the praise.

“I think that’s the first compliment I’ve had from Ferrari in 13 years!” he said after qualifying on pole on Saturday.

“It has been a long, long time and they’re a team I’ve always appreciated over the years so to earn the respect from someone who is obviously very high up [there] is not a bad thing.” 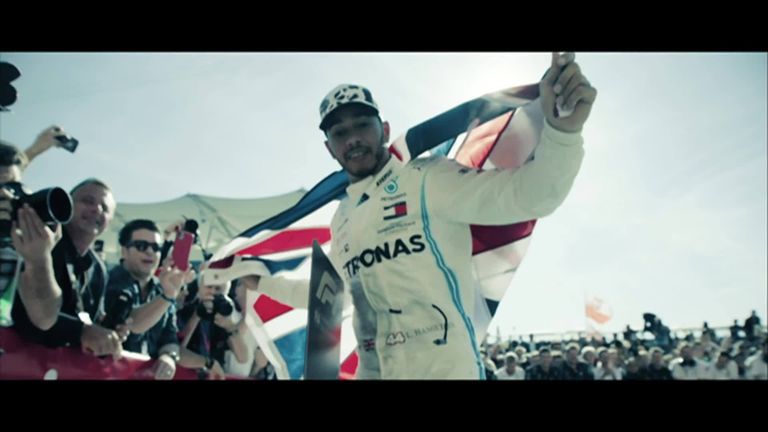 Why Hamilton is keeping his options open
Hamilton gave another reminder of his quality by dominating Sunday’s race, by which time reports in the Italian media had emerged, stating that Hamilton had twice met with Ferrari’s president John Elkann in 2019 to discuss a potential move.

“Everything that happens behind closed doors is obviously always private with whoever it is you end up sitting with,” explained a coy Hamilton after F1’s finale.

But Hamilton was then candid as he stated why he was keeping his options open, even if he still believes staying with Mercedes remains the more likely outcome.

“I think for many, many years I’ve never sat down and considered other options [beyond Mercedes] because we’ve been driving straight ahead on the path we’ve been on and the journey we’ve been on,” he explained.

“To be honest, I still think we’re on that path and I think there’s very little that’s going to shift it from that.

“I know Toto is also looking at his options in terms of his future and only he will know what is the best thing for him and his family. So I’m waiting to see what he’s doing with that.

“I love where I am so it’s obviously not a quick decision to go do something else but I think it’s only smart and wise for me to sit and think of what I want and if it is the last stage of my career.” 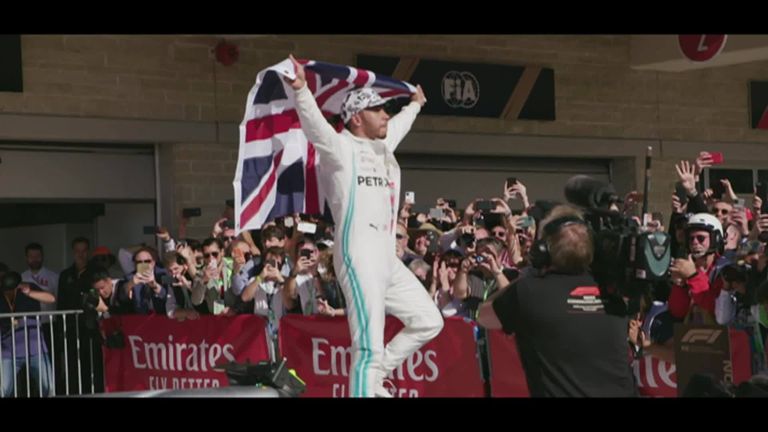 Mercedes: ’25 per cent’ chance Hamilton leaves
Far from losing their cool about Ferrari’s rumoured interest in their star driver, Mercedes are, so far at least, relaxed about the speculation.

Wolff, Hamilton’s highly-respected team chief, said he had “zero problem” with Binotto’s comments, the potential talks, and even put a percentage on the chances of the transfer happening

“I give it 25 per cent,” he told reporters on Sunday night. “I think from the rational [point of view] everything speaks for the continuation of the [Hamilton-Mercedes] relationship from both sides. But equally, there is a 25 per cent chance that we are not in control of.”

Wolff continued: “We have talked very openly about Ferrari and what the brand represents.

“For me, I think as long as we are able to produce a quick car and a powerful engine, we will always have opportunity to decide who drives the car.” The 2020 form book would appear key, then. But given Hamilton has won five of his six titles since joining the now record-breaking Mercedes team in 2013, leaving them for Ferrari amid the Italians’ barren run could appear an odd decision.

Wolff, however, said he would understand it:

“I still think a driver of that level will always know that he can make an impact in the team. What I’m considering is that when he left McLaren to Mercedes, it was said that it wasn’t the right move and it proved to be the right move.

“I don’t want to make the mistake of underestimating Ferrari’s potential. There may be other factors too: a new challenge, an exciting deal, that you have to always factor in.”

Asked if Hamilton’s potential departure represented his toughest moment as Mercedes boss, Wolff said it could actually represent an “opportunity”.

“I think that a sports team is not static – It’s a dynamic structure,” he stated. “That means there is always going to be some change, and change is something that also provides opportunity.