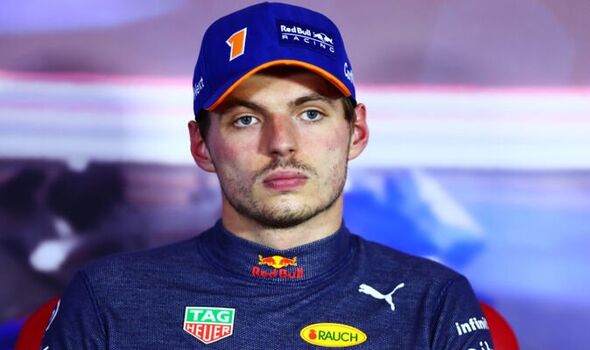 Max Verstappen has hit out at “stupid” F1 fans who threw flares onto the track during Dutch Grand Prix qualifying. Ferrari star Charles Leclerc also fears they may cause an “unnecessary risk” when the lights go out for the main race.

Verstappen’s fans regularly light orange flares to show their support for the Red Bull driver. But at the Dutchman’s home Grand Prix they took it too far and threw them onto the track during qualifying.

Thankfully, only Alex Albon was driving around the circuit when the first flare was tossed during Q2. The perpetrator was arrested by police at the scene. A second flare rolled across the track near the pitlane during Q3 and was quickly discarded.

Both incidents saw qualifying red flagged temporarily while the canisters were removed. And Verstappen has hit out at the supporters who put the drivers in serious danger.

“It’s just very silly to do,” he said. “To hold flares already, it’s nice, there’s a limit to how much, but to throw it on the track is just stupid and I think also the person got removed. 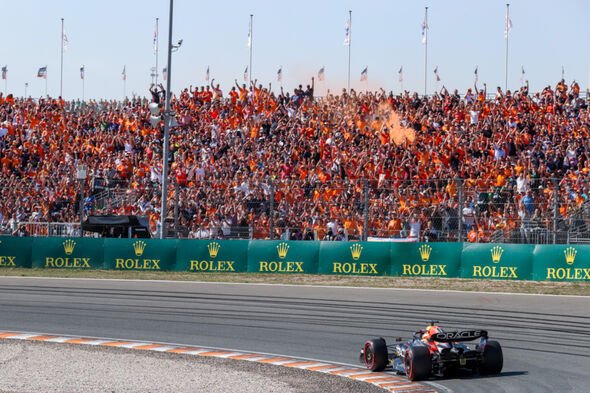 “It’s not good for anyone. You get thrown out, you can’t see the race, and for us the session is stopped because it’s dangerous, there’s stuff on the track. You shouldn’t do it.”

Leclerc, who will start the Dutch Grand Prix in second place, behind Verstappen, also criticised the fan behaviour.

“It’s dangerous so don’t do these type of things,” said Leclerc. “It’s good that there was a reaction, and this shouldn’t happen. In the future if we have to do anything to avoid that…

“Obviously if a car is passing at that time it’s a very unnecessary risk.” 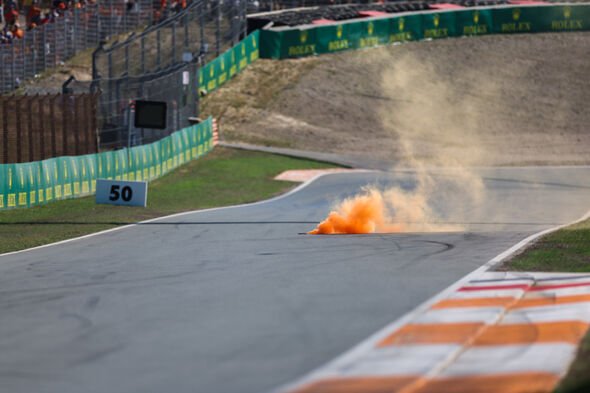 And Leclerc’s team-mate Carlos Sainz fears the start of the race being covered in clouds of orange smoke, presenting a serious problem.

“It’s also important to let the fans know when it’s possible to use the flares, and when it’s not,” Sainz said.

“I think it’s good not to use them on Lap One and there can be a distraction from smoke. Hopefully the organisation can do a good job in warning them when it’s not a good time to use them.”