Max Verstappen insists his skill at the wheel has been key to his success this season as he responded to comments from Lewis Hamilton that his dominance was down to Adrian Newey’s design. Speaking ahead of the weekend, Hamilton said there was “no surprise” Red Bull were successful with Newey’s expertise on ground-effect cars.

Verstappen accepted his car was a “super important” part of his success this season but still stressed driver skill was vital. The reigning champion then praised Hamilton’s abilities as also being key for many of his seven crowns.

Speaking in the post-race press conference, Verstappen said: “A lot of that is down to the team, of course, as also how Lewis won his championships. That’s how it goes in Formula One. Your car is super-important, but I think when you’re an exceptional driver like of course Lewis is as well, you make a difference over your team-mate at the time, because in very crucial races as well.

“For example, for me, I think one that stood out as well for him, was Turkey, when it was very slippery – just staying calm, not making mistakes. You end up winning a race like that and that’s what, at the end of the day, what good drivers do. 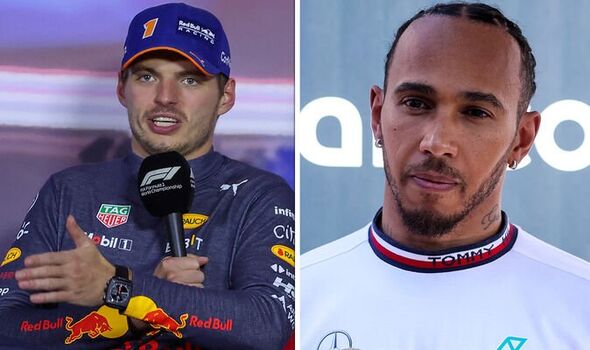 “They do make the difference compared to other fast drivers but not as good. So, yeah, the car is very dominant in Formula One but of course between team-mates, only one can win, and that’s where you have to make the difference.” Newey admitted he was one of the only designers left on the grid with experience of F1’s previous ground-effect rules package in the 1980s.

He also claimed to have an understanding of porpoising through other racing series such as sportscars. This knowledge was likely crucial to Red Bull’s design which has allowed the team to enjoy a comfortable advantage this season. 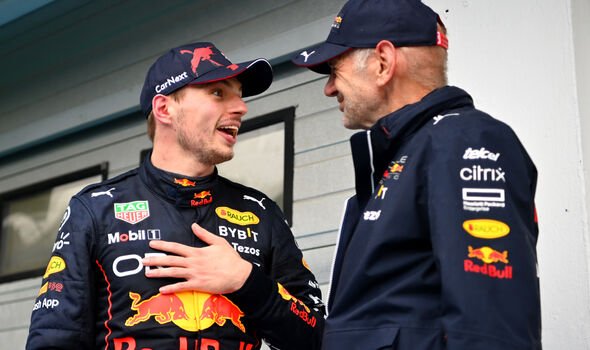 “He’s built amazing cars over the years. My championship winning car was an evolution of his car. He did his thesis on ground-effect floors, I mean it’s no surprise to be honest. He’s one of the only ones that draw by hand the design of cars. So his understanding there has definitely been an advantage to them and they have done a good job.”

Verstappen leads the championship by a massive 109 points with just seven races remaining. It means the Dutchman can afford to retire from four races and still be ahead in the Drivers’ Championship.