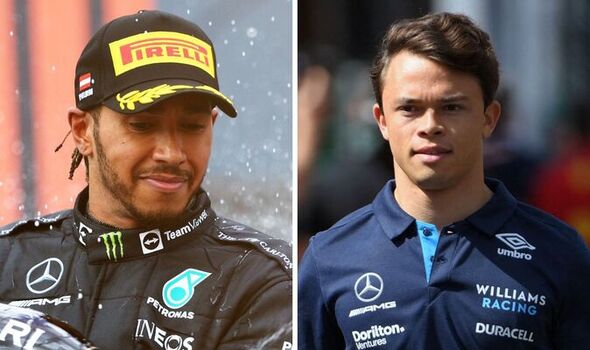 Nyck de Vries will have his chance to impress for Mercedes on Friday this week when he replaces Lewis Hamilton in FP1 with speculation rife on who could eventually replace the seven-time world champion. New F1 rules in place for his season require all teams to use rookie drivers on at least two occasions during the first free practice throughout the campaign.

Mercedes have now opted to use one of their two mandated slots for the year with De Vries taking Hamilton’s seat. The 27-year-old has long been tipped for a seat in F1 having won both the F2 Championship in 2019 and the Formula E Championship last year.

He joined Mercedes as a reserve driver at the start of the 2020 season and has been labelled as the Silver Arrows’ ‘insurance policy’ should Hamilton quit the sport before his contract ends in 2023. The Dutchman made his F1 debut earlier this season when he drove for Williams in FP1 at the Spanish Grand Prix.

Toto Wolff said: “Nyck is replacing Lewis in first practice this weekend, as part of the allocated sessions for young drivers this year. “So, we’re looking forward to seeing how he gets on.” 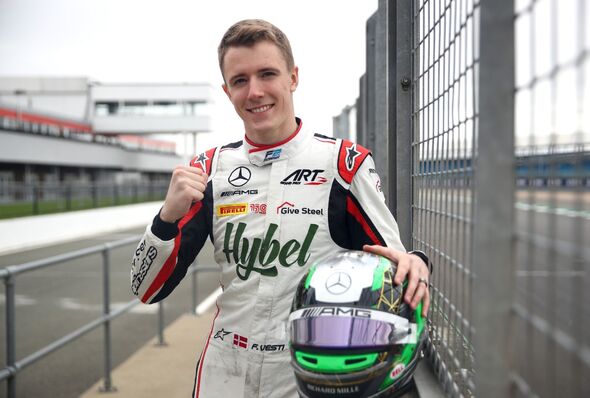 De Vries may well be the favourite to take Russell’s seat in a FP1 session later in the year too given his role within the team. Stoffel Vandoorne is also on the books as a Mercedes reserve driver but, given his past experience in F1, he doesn’t qualify as a rookie.

While De Vries may be the closest of all rookie drivers to a seat at Mercedes, the Silver Arrows do have another option they could turn to. Frederik Vesti has been a part of Mercedes’ junior programme since January of last year.

His Formula Regional title in 2019 makes him eligible for a Friday practice licence if Mercedes give him the required 300km in a representative car. At just 20 years of age, giving Vesti his F1 debut will see Mercedes move in a completely different direction to De Vries.

Nothing has been confirmed by Mercedes on when they will use the second slot to bring in a rookie driver and who they will choose. But Vesti is currently the most experienced driver in Mercedes’ junior programme and the closest to finding a seat in F1 having just made the jump up to the F2 series this year.

Mercedes will also have one eye on who they plan to bring in to replace Hamilton as the Brit will be 39 years of age at the start of the 2024 campaign and with no promises he plans to continue beyond next year. Finding out how both Vesti and De Vries can cope in the Mercedes this year could give them a leg up when choosing who to bring in to drive alongside Russell in the future.

Mercedes could go a completely different way and replace Hamilton with someone already on the F1 grid with the likes of Mick Schumacher, Alex Albon and Daniel Ricciardo potentially all being available. But giving Vesti a chance later in the year would seem like an ideal opportunity to see how drivers on their own books can take on the challenge.