Former FIA President and Ferrari chief Jean Todt has provided a rare update on the health of his close friend, Michael Schumacher. Details of the seven-time world champion’s condition have been kept largely under wraps since he suffered a near-fatal skiing accident in 2013.

Schumacher was skiing in the French Alps almost nine years ago when he fell and hit his head on a rock. Despite wearing a helmet, the fall caused swelling on the brain and, after being airlifted to hospital, he was placed into a medically-induced coma and did not fully regain consciousness for six months.

In years gone by, details have emerged such as Schumacher having problems with memory, movement and speech. He has not been seen in public since the accident and was not in attendance for an emotional award tribute on Monday where he was given the State Prize of North Rhine-Westphalia.

Todt was at the helm of Scuderia Ferrari when Schumacher was brought in from Benetton and remained in position as the German won an unprecedented five consecutive world titles between 2000 and 2004. On Wednesday, the 76-year-old shed more light on Schumacher’s condition.

DON’T MISS: Mercedes have another possible replacement for Lewis Hamilton who could drive this year 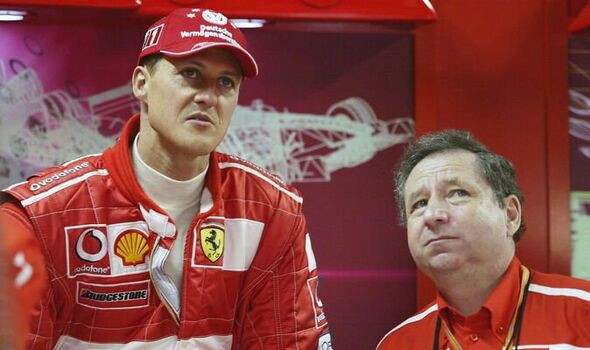 Speaking to German broadcaster NTV, Todt denied that he misses the former Ferrari star, adding: “I don’t miss Michael. I can see him. But of course, what I miss is what we used to do together.”

The Frenchman did, however, suggest that Schumacher is well enough to keep up with the current F1 season, confirming that the pair watch the races together. “Yes it’s true – I watch the races with Michael,” Todt added.

The F1 icon’s son, Mick, is currently in the field of 20 with Haas and his career has been boosted by newfound momentum in recent weeks.

The 23-year-old earned his first career points at the British Grand Prix earlier this month after a series of agonising near-misses. He crowned the occasion with a heartfelt radio message, sharing that he told his father he would ‘prove them wrong and believe in himself’.

The youngster immediately followed up his breakthrough with more points in Austria, bettering his previous best with an impressive P6. The results sent him soaring in the Drivers’ Championship standings – now up to 15th – and many have tipped him to have a long and illustrious career if given a competitive car in which to test his skills against the sport’s best drivers. 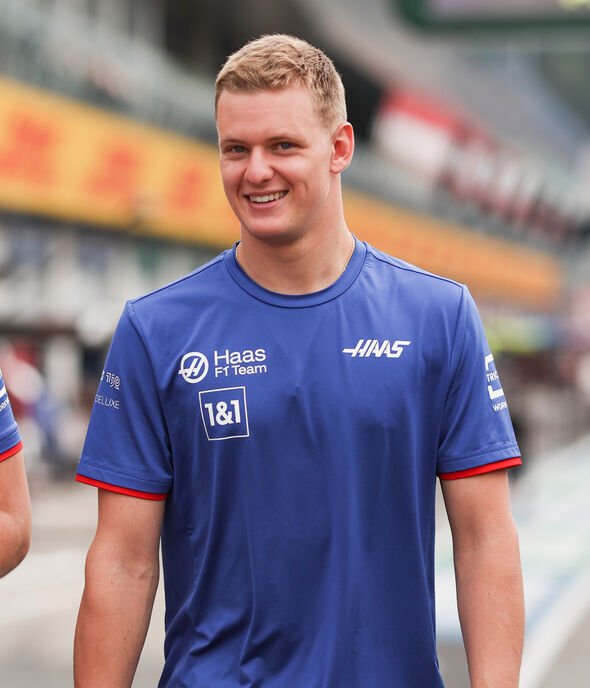 “I was so happy when he finished in the points in the last two races,” added Todt. “There has been a lot of unfair pressure on him. What I really wish for him is the chance to drive the best car. Then he will be able to win races and titles.”

While Mick’s father, Michael, is supposedly able to watch his races, the Haas star revealed earlier this year that they are not able to talk about them. “I think dad and me, we would understand each other in a different way now,” he told Netflix documentary ‘Schumacher’. “Simply because we speak a similar language – the language of motorsport.

“We would have had much more to talk about and that is where my head is most of the time, thinking that would be so cool. That would be it. I would give up everything just for that. Yes.”