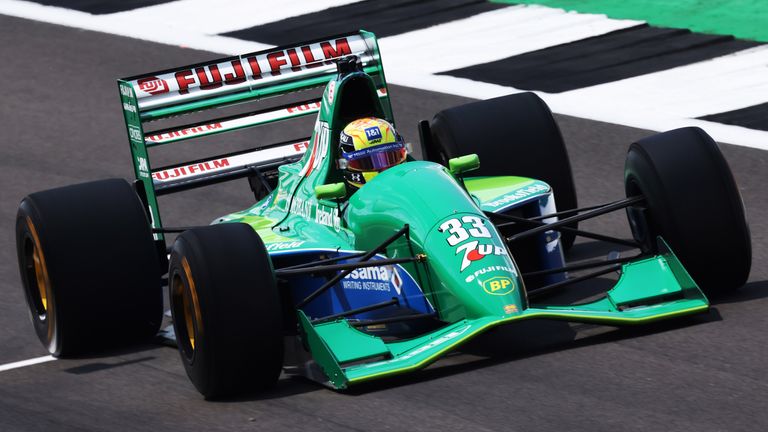 Mick Schumacher has driven the car his father, Michael, first raced in Formula 1 in a special test at Silverstone arranged by Sky Sports F1

Filming alongside Karun Chandhok for an exclusive feature that will air in coverage of the Belgian GP from August 27-29, the son of F1’s first seven-time champion completed laps in the iconic Jordan 191. 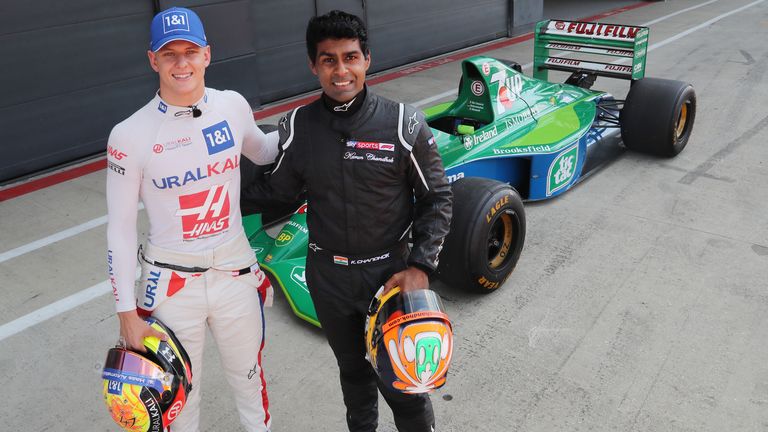 Schumacher was little-known on the world stage when the then-22-year-rising star of sportscars was thrust into the F1 limelight in August 1991.

His first test outing in Jordan’s car came at Silverstone a week ahead of that year’s Belgian GP, where he immediately impressed team management and earned a race debut. 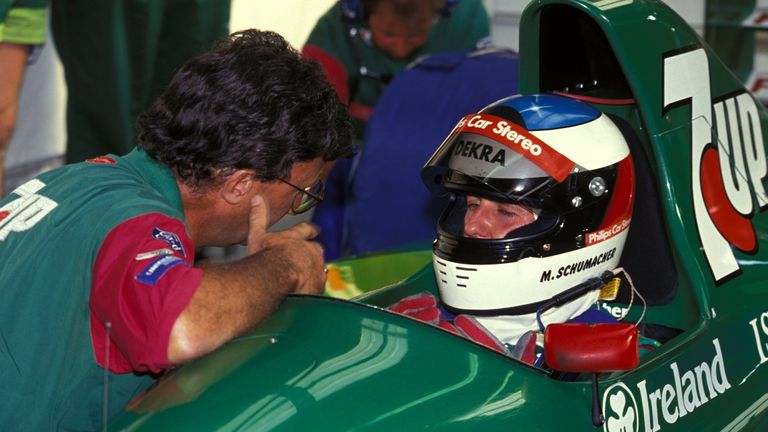 The German driver then made an instant name for himself by qualifying seventh a week later at Spa-Francorchamps, a circuit he had never driven before.

Although he quickly dropped out of the race due to a clutch issue, Schumacher had made a huge impression and by the next race at Monza, in what remains one of F1’s most sudden and controversial team swaps, he was competing for Benetton. Finishing on the podium at the start of the next season, he won his first of 91 Grands Prix on his return to Belgium one year on from an extraordinary debut. 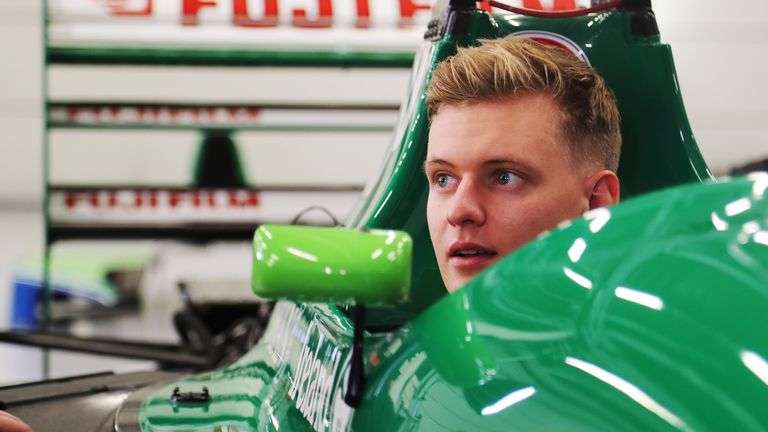 Nearly exactly 30 years on and the green-liveried Jordan car of that 1991 season was back on track at the home of British motorsport, this time in the hands of Mick amid his rookie season of F1 with Haas.

Schumacher, the reigning F2 champion and Ferrari-backed youngster, has quietly impressed in back-of-the-grid machinery so far this season and outqualified team-mate Nikita Mazepin in every session he has completed.

The full feature, in which Mick and Karun each drove the car, will air on Sky F1 during the Belgian GP, the first race after the summer break. This season continues next weekend at the Hungarian GP live on Sky in Budapest before the sport enters a shutdown period.

The nostalgia of the Schumacher shoot was not lost on another famous German driver in action at Silverstone on the same day.

Testing Pirelli’s 2022 with Aston Martin two days after the British GP, Sebastian Vettel popped his head into the garage to catch up with countryman Mick, who he is effectively serving as a mentor to.

Schumacher Snr played a similar role for Vettel, with their careers crossing over on the grid for three years when the seven-time champion returned to F1 in 2010-12. Vettel idolised Schumacher during childhood and the pair later struck up a friendship as the younger German made his way up the ranks to F1.