F1 pundits Nico Rosberg and Johnny Herbert disagreed live on air during the buildup to the French Grand Prix, as 2016 world champion Rosberg believed that Ferrari made a mistake in qualifying on Saturday despite Charles Leclerc grabbing pole position. Rosberg claimed that he would rather be in Max Verstappen’s shoes for the race, but Herbert argued against that theory.

After listening to Rosberg’s comments, Herbert was asked if he agreed with the former Mercedes driver. “I don’t,” Herbert replied during Sky Sports F1’s coverage. “Because I know from my experience when you add that more downforce, you can always look after the tyre within the corner, you can back off within the corner.

“When you have got the straight-line speed, you are still going to be moving around when you get in the corner, of course that’s going to really hamper the surface temperature of the tyre, then it’s going to overheat.”

Rosberg hit back at Herbert and reiterated his stance that Ferrari may struggle to keep the two Red Bulls at bay. “How dare Johnny disagree with me like that,” he joked. “It’s not on! Definitely I do stand by that, it’s going to be a really tough race for Ferrari because we saw on Friday they are really struggling with the degradation and I am not sure they have sorted that out. 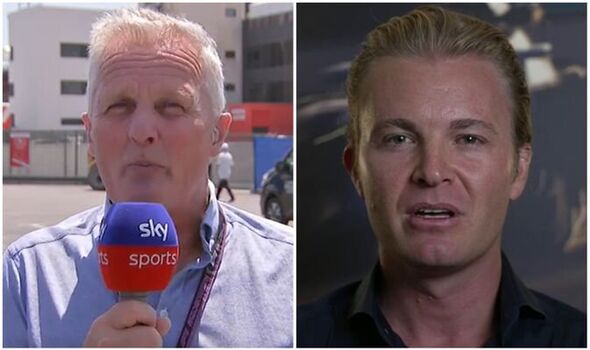 “Yes they are going to be starting in front and most likely is going to be leading the way through the first stint, but the pressure from behind from Verstappen and even Perez is going to be huge. I think it’s going to be a really exciting race to see the strategy battle there and maybe Verstappen can even have a go at trying to pass him on track.”

Herbert came back at Rosberg, disagreeing with him again: “How dare Nico?! But Nico, obviously the Red Bull is going to be sliding around all over the circuit, that’s going to damage the tyre. I would rather have a little bit of downforce where I can back out, look after it and make it last a little bit longer surely?” 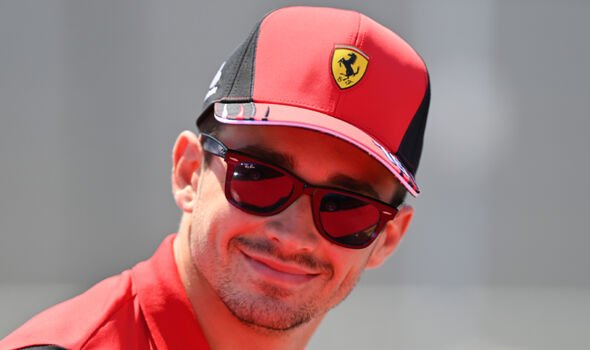 Rosberg believes that no matter the strategy, the drivers will not be able to slide. “You can’t afford to slide anyway Johnny,” Rosberg said. “You need to take it easy, especially in those high-speed corners, you need to take it well away from the limit and both drivers are going to be doing that.

“Then when you get to the straight, the Red Bull is going to be so much faster because Ferrari has downforce on, so Red Bull is really going to be pressuring that Ferrari down those straights and that’s the advantage they have in the race.

Paul Di Resta was on the panel with Herbert and Rosberg and admitted that he agreed with the 37-year-old, while aiming a dig at the Brit. “I agree Nico,” Di Resta said. “I think Johnny is obviously from an older generation.” Rosberg was happy that Di Resta was in agreement with him, but claimed that his joke was too much. “Thanks a lot Paul,” Rosberg said. “That was not very nice of you towards Johnny, that was a bit under the belt area there.”