Follow live coverage of the Portuguese Grand Prix below after Mercedes reasserted their position as the team to beat in Formula One during an impressive qualifying display. Valtteri Bottas pipped teammate Lewis Hamilton to the front of the grid – denying Hamilton his 100th career pole – forcing Max Verstappen and Red Bull to settle for a distant third at the Algarve International Circuit.

Red Bull seemed to lack the pace of the opening two races, where Verstappen went close in Bahrain before clinching a comfortable victory at the Emilia Romagna Grand Prix in Imola last time out. His gap of four tenths from Mercedes in qualifying suggests the young Dutch driver has it all to do to earn a second win of the season in Portugal.

“I’m not sure we had the fastest car but we made a big step forward,” Mercedes boss Toto Wolff said. “We had an 18.2 from Max deleted because of track limits. On the other side, Valtteri had a very good first lap in Q3. So I would say we caught up a lot in qually. Maybe [we were] on par. We think we have a good racing car.” Vertsappen meanwhile was unhappy with a lack of grip. “I didn’t enjoy one single lap this weekend, just because of the state of the track,” he said. “The layout is amazing but the grip we are experiencing, I don’t think it’s nice. I know it’s the same for everyone, but for me personally, it’s not enjoyable to drive.”

It wasn’t a great day for Max Verstappen yesterday, and the Red Bull driver was unhappy at the conditions of the Algarve International Circuit after qualifying behind Valtteri Bottas and Lewis Hamilton.

“I didn’t enjoy one single lap this weekend, just because of the state of the track,” he said.

“The layout is amazing but (the) grip we are experiencing, I don’t think it’s nice. I know it’s the same for everyone, but for me personally, it’s not enjoyable to drive.

“I remember coming here last year, before the grand prix and I was really… I mean honestly, top three of my favourite tracks, but then they change the tarmac and for me… I don’t enjoy it any more.”

Red Bull off the pace in qualifying

Did we see a glimpse of the real Red Bull yesterday, or was it just a blip? This was supposed to be another tough weekend for Mercedes under pressure from Max Verstappen and his impressive car which clinched victory at the Emilia Romagna Grand Prix last time out, but Lewis Hamilton and Valtteri Bottas were never challenged on Saturday qualifying. Verstappen was four tenths back as Bottas pipped Hamilton to the front of this afternoon’s grid in the Algarve, meaning Hamilton will have to wait for his 100th career pole, but he won’t mind that if this distance to Red Bull remains through Sunday. 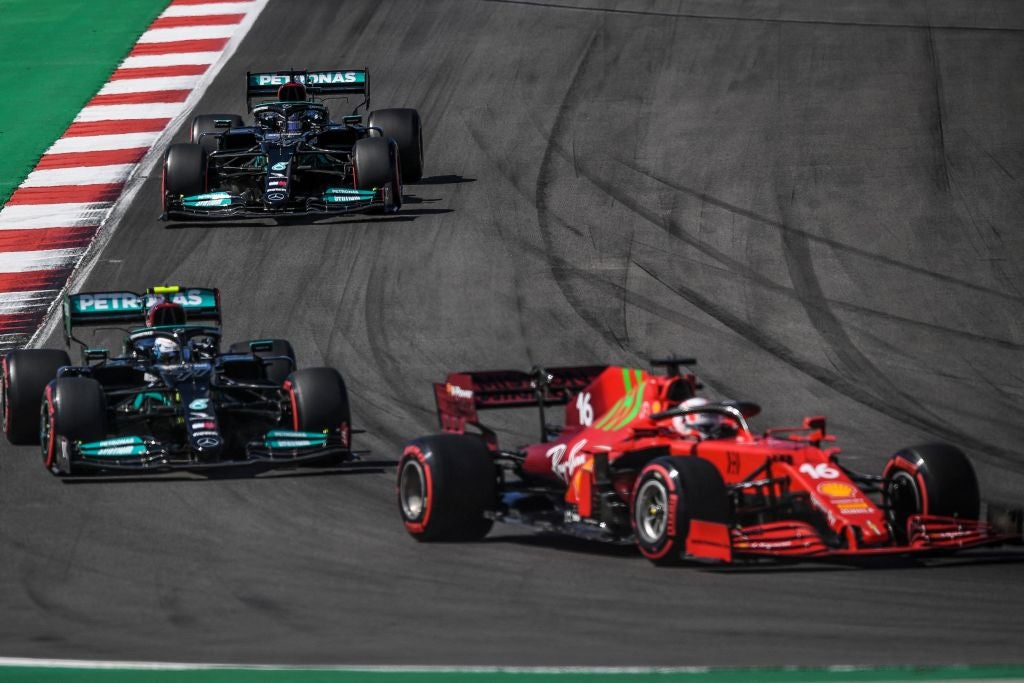 Top two places on the grid for Mercedes, with Red Bull failing to keep pace in Portimao