Lewis Hamilton has come under fire from Red Bull advisor Helmut Marko for his comments on the Turkish Grand Prix. Hamilton may have taken the chequered flag at Istanbul to equal Michael Schumacher’s all-time race win record back in November, but it was a far from comfortable race.

It was the first time since 2011 that Istanbul was hosting a Formula One race and officials resurfaced the Istanbul Park circuit two weeks prior.

Drivers were more than 10 seconds slower than expected in the first practice session and there were various spins due to the slippery surface.

Hamilton could only manage sixth with Valtteri Bottas further back in ninth in what proved to be an unusual starting grid.

JUST IN: Hamilton picks favourite F1 race of 2020 as PM presses for knighthood 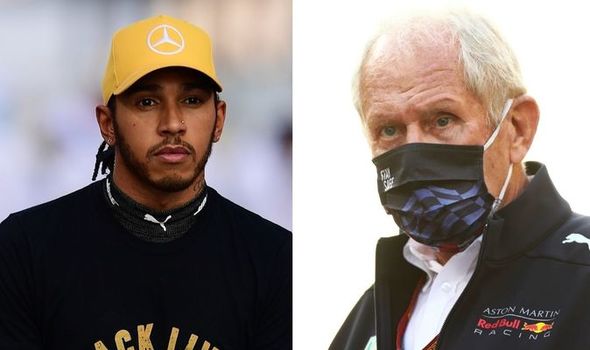 But the Briton masterfully drove through the wet conditions on Sunday to secure a famous victory, however he was far from happy about the state of the track.

“This track is such a fantastic circuit and I really don’t fully, fully understand when they spend millions to redo a surface of a track. I know it had been sitting around for a long time [without any racing] so they probably could have just cleaned it maybe instead of waste all the money,” he said on the race weekend.

“And now the track is worse than Portimao was when we had the brand-new surface there. So for us at least the tyres aren’t working. You see it, it’s like an ice rink out there so you don’t get quite the enjoyment of the lap you would normally get of Istanbul. I don’t see that changing.”

He added: “It’s terrifying the whole way around. It’s almost like there’s wet patches all over. As you’re on the slicks, you’re accelerating and it just goes so fast because you’re way, way below the temperature window.”

But Red Bull chief Marko disagreed entirely with Hamilton’s assessment, stating it made for a fascinating race.

”I would also like to say that the people who laid the asphalt in Istanbul deserve a medal,” he told Motorsport-total.com.

“I do not understand why the best driver in the world says it was impossible to drive there. The images were sensational and it was the same for everyone.

“A Williams doesn’t slide more than a Mercedes, because the grip simply isn’t there. For me that was a great moment of excitement’.” 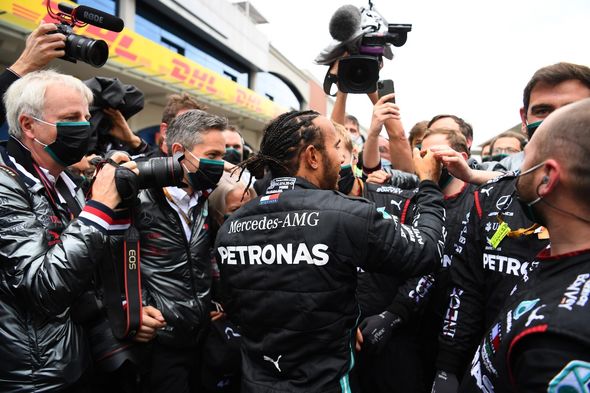 He added: “First of all, the drivers get paid enough that they have to endure it, and secondly, it was the same for everyone. “

“We were the big losers in Istanbul. We dominated every session, Q1, Q2. And then there’s a team that has optimised the air pressure and they’re bang on pole position.

“For Verstappen it was the only race this year in which he became impatient.”