What’s gone wrong with Mercedes and can they recover?

George Russell has hinted at some of the key differences between racing for Williams and joining Lewis Hamilton at Mercedes, according to Timo Glock. The former Toyota driver claimed he had spoken to Russell about the changes between both set-ups and how the youngster had adapted at the start of the year.

The Briton reportedly told him he had to be “super-focussed” and “precise” at the Silver Arrows but stressed he had learned a lot from Hamilton. Speaking on F1’s Beyond the Grid podcast, Glock explained: “I was asking George ‘what is the difference when you come from a small team like Williams, being at the back of the grid, to a top team like Mercedes against the big man Lewis Hamilton?

“What is he doing different then, and it was interesting to hear what he was saying like the way he is going into weekends super-focused, being so precise, understanding the racing, the strategies, how he has to handle his tyres and so on.

“Very interesting to see what the young guys, when they come up next to the big hero, Lewis Hamilton, how they learn from them and how they very quickly understand what to do and adapt to it and take it on board and do it themselves.” 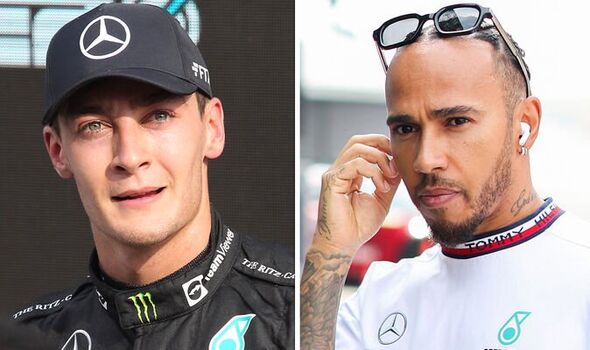 Russell has starred at Mercedes since his move and has taken the fight to Hamilton. The former Williams star has picked up seven podiums this season, one more than Hamilton has achieved so far in 2022.

Russell’s consistency has also been impressive with the 24-year-old finishing in the top five at every race where he has reached the chequered flag. The results leave him 35 points ahead of Hamilton in the drivers’ standings and just 16 points behind current runner-up Charles Leclerc. 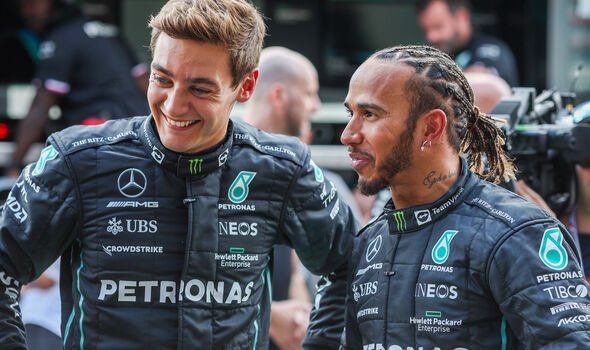 The new Mercedes driver even admitted his driving skills had improved since switching seats. Russell commented: “Firstly, I feel so fortunate being team-mates with Lewis because it has given me such an opportunity to see his strengths and where I can learn from him and he is definitely very strong in certain areas.

“He is always very strong in low-speed corners and under braking, he has always been very strong and it has been interesting to see his approach to certain issues and how he goes about it. There is no doubt that I have probably widened that envelope of my driving skills by being his team-mate.”