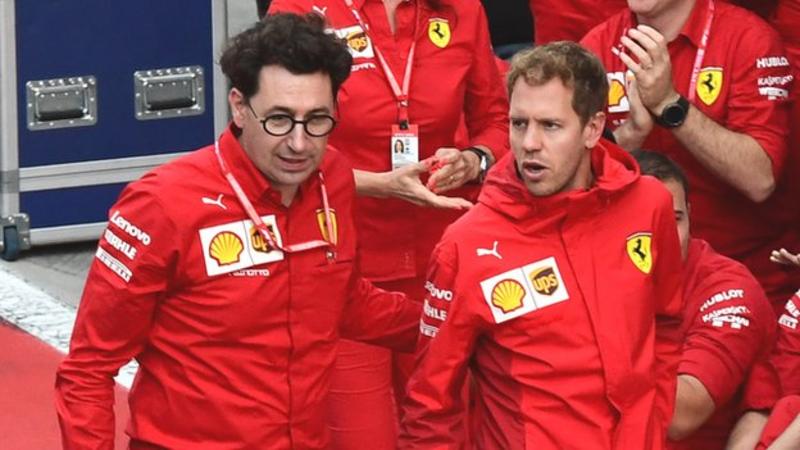 Ferrari’s Sebastian Vettel says he is “not worried” about his form after he wrecked his Italian Grand Prix with a spin and collision.

Vettel hit Lance Stroll’s Racing Point when rejoining after a spin out of fourth place on lap six, his ninth error in the last 28 races.

“The speed is there so I am not worried. It is just a matter of putting things together,” he said.

Vettel was given three penalty points, putting him three away from a race ban.

Formula 1 rules dictate that drivers are given an automatic race ban if they accrue 12 penalty points in any 12-month period.

That means another major driving error in the forthcoming Singapore, Russian or Japanese Grands Prix could trigger an automatic suspension from a race for the German.

Vettel said after the Italian Grand Prix that he was “not aware” of the penalty-point situation. 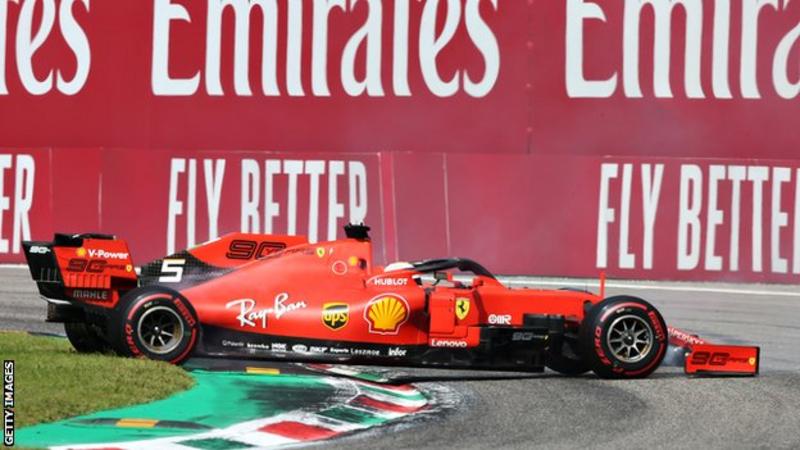 The race was won by his team-mate Charles Leclerc, his second in a row, after his maiden victory in Belgium the previous week.

Vettel has not won a race since the 2018 Belgian Grand Prix, and has been close to a victory this year only once, when he crossed the line first in Canada in June but was demoted to second by a five-second penalty for rejoining the track dangerously after going off while under pressure from Lewis Hamilton’s Mercedes.

Vettel said in Italy on Sunday: “On my side, I am not happy, certainly not with how it went with that spin.

“After that the race was pretty much lost from there but at least the team was still going and after it was close with Kimi [Raikkonen] last year, this time at least Charles sealed the victory at the end for the team.”

There is concern and consternation in F1 at the regularity with which Vettel is making driving errors – an average of one every three races since last year’s French Grand Prix.

Vettel was given two penalty points for each of the incidents in Montreal and Silverstone, and his remaining two were for colliding with Verstappen while trying to pass him during last October’s Japanese Grand Prix. 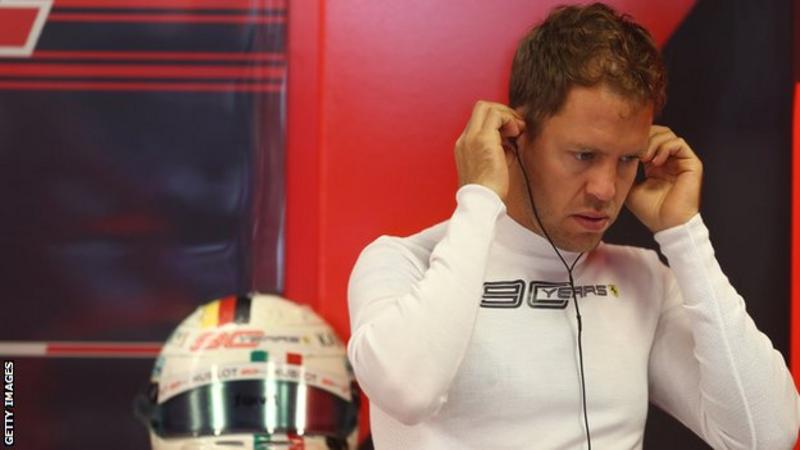 Ferrari team principal Mattia Binotto did not directly address the situation after Sunday’s race but has previously said that Vettel’s errors should be seen in context, and that at other races he has put in strong performances and/or worked effectively as a team player.

Binotto also said in Monza that there was no doubt about Vettel’s place at Ferrari for 2020: “I have said it and I am confirming it again – for next year Sebastian and Charles are our drivers and there’s no doubt at all about this.”

As Vettel joined the celebratory team photograph after the race, the Ferrari team members chanted his name.

Is there driver tension at Ferrari?

Vettel was unhappy after qualifying at Monza on Saturday because Leclerc had not abided by an agreement to give him a slipstream on their second runs in qualifying, as Vettel had for Leclerc on the first.

Leclerc said that it was a result of the confusion at the end of qualifying, in which all the cars were bunched and went slowly around their ‘out’ lap to try to avoid being first in the queue, because a slipstream is worth up to 0.5 seconds a lap at Monza.

Leclerc did finally move in front of Vettel on the run to the final corner, but neither made it to the start/finish line in time to set a final lap. That meant Leclerc was on pole and Vettel fourth on the grid. 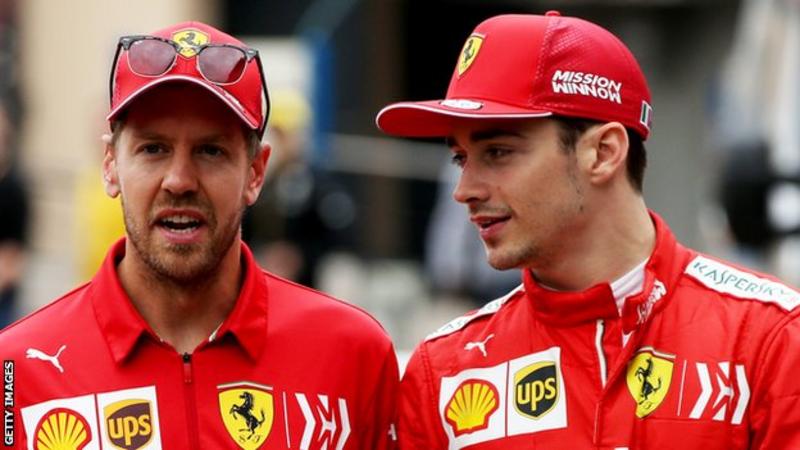 Radio communications at the time revealed Vettel’s frustration with what was going on. The drivers discussed the issue with Binotto on Saturday afternoon but Ferrari refused to reveal what was said.

After Leclerc won on Sunday, Binotto said in Italian “perdonato” over the radio, which means “I forgive you”.

Binotto told the media: “It means whatever happened in the last days which we discussed – and that’s something that will remain between us three – at least today he did a good job and that was a way of saying at least we were happy for the job he did.”

Asked whether he believed the incident would sour the relationship between the drivers, Binotto said: “It is something we discussed internally. There may be different points of view – the out lap was a very strange situation for everybody.

“But we are looking ahead. I know I can count on them. I think it will not affect [it], it doesn’t mean it will not happen again. The spirit is whatever you may do there is something to learn.”

Vettel said the qualifying problems had not affected his mindset going into the race and were not relevant to his error.

“I was in good spirits so I don’t think that had any impact,” he said.