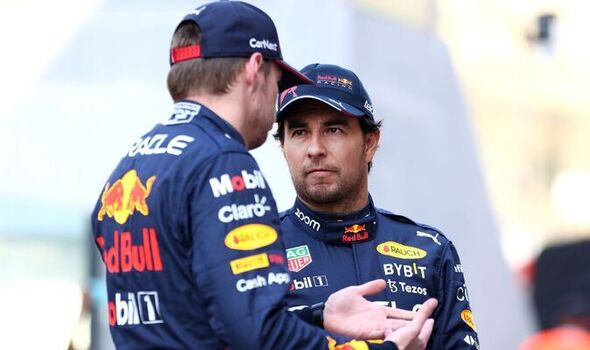 Sergio Perez says it’s down to Max Verstappen to explain the reasons behind the mini-rift that has threatened to sour a stellar campaign from Red Bull that has finally seen them reclaim their place as F1s top dogs following a sustained period of Mercedes dominance. The Dutch world champion’s attitude was called into question in Sao Paulo last weekend when he refused to follow a Red Bull team order to gift Perez sixth place at the Brazilian Grand Prix.

The controversial snub did not sit well with his team-mate, who later claimed on his radio that the call “shows who [Verstappen] he really is,” following an apology from Christian Horner.

Verstappen had later defended his decision by claiming he was motivated by a past incident – the details of which are not known.

However, it has since been highly speculated that Verstappen was eluding to qualifying in Monaco when Perez crashed and ultimately prevented his team-mate from starting ahead of him.

“I don’t need to say where it was,” Verstappen had noted following the conclusion of the race.

A relaxed Perez has now put the onus on Verstappen to clarify his personal issue because he remains in the dark – despite acknowledging that the events in Monaco are likely to be of significance.

The Mexican said: “We keep everything internal. Whether it’s Monaco or something else, that’s up to Max to tell. I don’t know how long he’s been running something.

“We haven’t talked about it substantively. Just everything there is in Brazil That’s where we as a team went through all the scenarios and the mistakes we made.”

Perez categorically denies the narrative that he may have tactically crashed on purpose to prevent Verstappen from qualifying ahead of him as tensions continue to boil.

“Everyone makes mistakes in Monaco. You have all the information and you can see it for yourself: I almost crashed in turn one,” Checo added.

“Everyone makes mistakes in Monaco, but also on other tracks during qualifying. It’s not like it was intentional. I’m just trying to find more lap time.

“You can watch the whole lap and you can see that I almost crash in the first corner I gave everything because it was the last run in Q3. People make mistakes, that’s just it.”

Red Bull chiefs have since held crunch talks with both drivers in an attempt to squash any bad blood that remains from Sao Paulo.

Verstappen has since vowed to help his team-mate beat Charles Leclerc in Abu Dhabi in the season finale in order to end Red Bull’s season on a high.

“We go to Abu Dhabi. Of course, we want to win the race but if there’s a chance to help Checo I will. That’s why it was important we had this meeting now,” Verstappen told Sky Sports after ending his boycott of the broadcaster.