Carlos Sainz claimed a first race win of his career and Zhou Guanyu survived a horror crash on the opening lap during an action-packed and dramatic afternoon at Silverstone on Sunday.

After colliding with George Russell on the first turn, Zhou’s Alfa Romeo flipped multiple times and crashed into the barrier and fencing, but fortunately the Chinese driver was protected by car’s ‘halo’ device introduced in 2018.

With 12 laps to go, Ferrari told Leclerc to stay out as team-mate Sainz, Sergio Perez of Red Bull and Lewis Hamilton of Mercedes came into the pits to take on fresh tyres, producing an enthralling end as the trio eventually overtook the Monegasque to earn spots on the podium.

Sportsmail’s JOE BERNSTEIN brings you all the tales from behind the scenes at Silverstone. 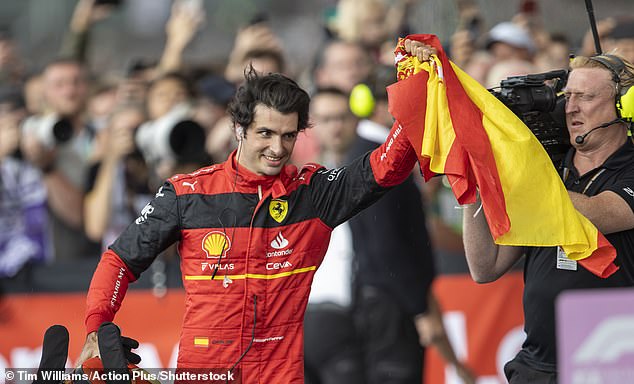 While the British public were against him, Max Verstappen could at least count on the support of fellow Dutchmen Virgil van Dijk and Nathan Ake who were guests of Red Bull. 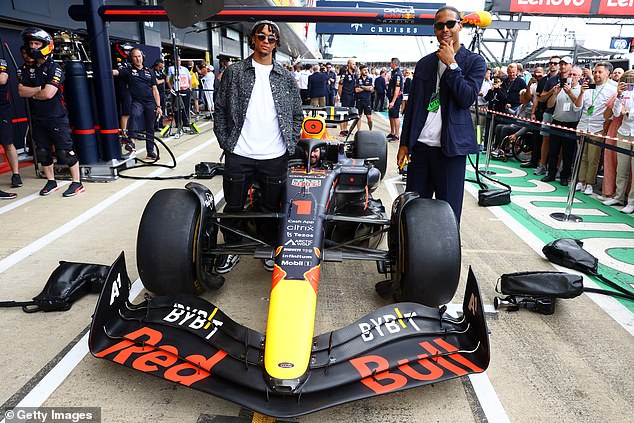 …as Homeland actor poses with Trent

Actor Damian Lewis was able to meet two of his sporting heroes.

The Homeland star posed for pictures with F1 legend Nigel Mansell – ‘my favourite driver’ – and then gave Trent Alexander-Arnold a bear hug on the track before racing started.

Lewis is a big Liverpool fan who watched them beaten by Real Madrid in the Champions League final.

Still a flying Scotsman, Jackie’s down with kids

Three-time world champion Jackie Stewart is now 83 but continues to show corporate guests around Silverstone with the enthusiasm of a teenager.

The proud Scot was unmissable in his trademark green tartan trousers and cap with a pair of blue Nike trainers his concession to the 21st Century. 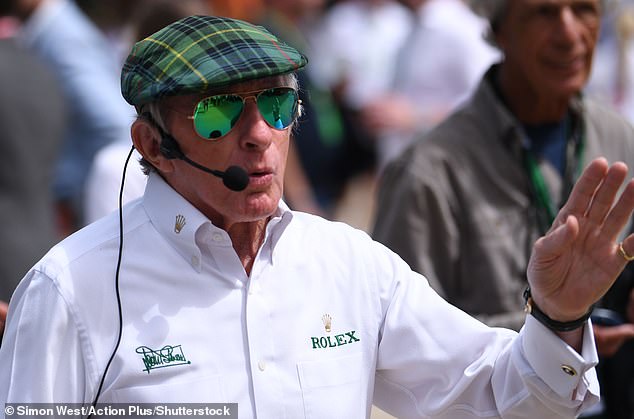 Jenson Button gets as much attention in the paddock doing TV punditry as he did as a driver so it’s fitting that he’s working with Keanu Reeves on a documentary about his world championship win in 2009.

The pair held talks during Reeves’ visit to the pit lane this week.

Button said: ‘I’m really looking forward to working with him.’ 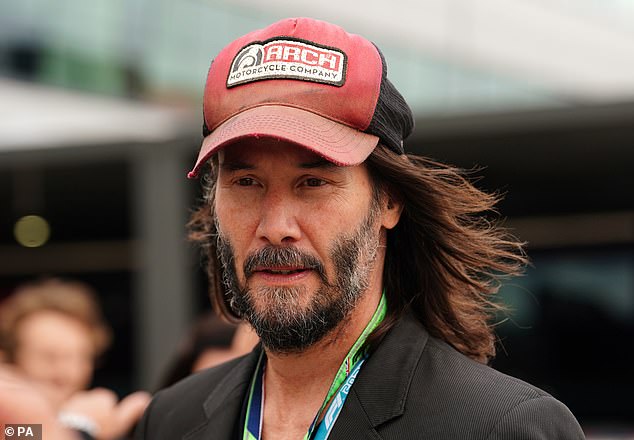 Improved safety came to the rescue of driver Ron Nissany after a potentially fatal collision with Dennis Hauger during their F2 race.

Hauger’s Red Bull lifted after hitting the kerb and would have struck Nissany on the helmet without the presence of his Halo device – the protective bar at the front of car introduced in 2018.

Now another Lewis is toast of the grid

Formula One broke with tradition to allow one of their marshals Nadine Lewis to present a trophy on the podium after Sunday’s race.

Lewis, who started helping as a volunteer in 1997, is the first marshal to be given the privilege in ‘recognition of the hard work all marshals do week-in, week-out.’