Lewis Hamilton continues to sustain his brilliance in the twilight of his career while German Grand Prix has to be race of the year just for the drama and comedy: Sportsmail reviews the 2019 F1 season

World champion Lewis Hamilton claimed his 11th win of the season in Formula One’s Abu Dhabi finale on Sunday after a monumental campaign of racing.

From the fierce rivalry at Ferrari between Sebastian Vettel and Charles Leclerc to the shocking death of Anthoine Hubert, this has been a captivating season.

Sportsmail’s JONATHAN McEVOY offers his review of the campaign. 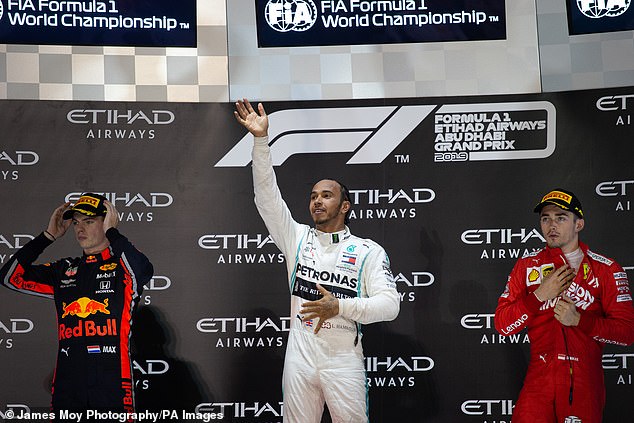 DRIVER OF THE YEAR: LEWIS HAMILTON

He was not at his pyrotechnical best over one lap. Perhaps at 34, we should not expect so many qualifying performances that defy physics. But he mostly drove well within himself to notch his sixth title with two races to spare in a car that was often second best.

He is harnessing his experience across every facet of his driving, which is how he can sustain his brilliance into the Indian summer of his career. Max Verstappen was exceptional but revealed a couple too many moments of impetuosity. 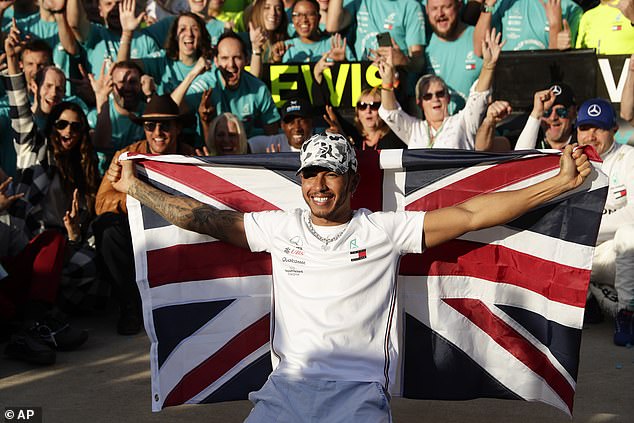 Although he is now 34, Lewis Hamilton remains an incredible driver in winning a sixth title

High marks to Brazil. Lowest marks to Le Castellet in France, which is being redesigned to make it a half-interesting track. But for drama and comedy, the winner is Hockenheim.

Even Hamilton spun off twice in the wet and asked to retire. Valtteri Bottas crashed out, prompting Mercedes boss Toto Wolff to slam his fists on the table. Others slid into the gravel. The most farcical moment was Hamilton’s pit stop. The boys were not ready. Cue Laurel and Hardy scenes. Tyres were ferried in an out. One chap hurt his back. Hamilton was in there for 50 seconds. Oh dear. 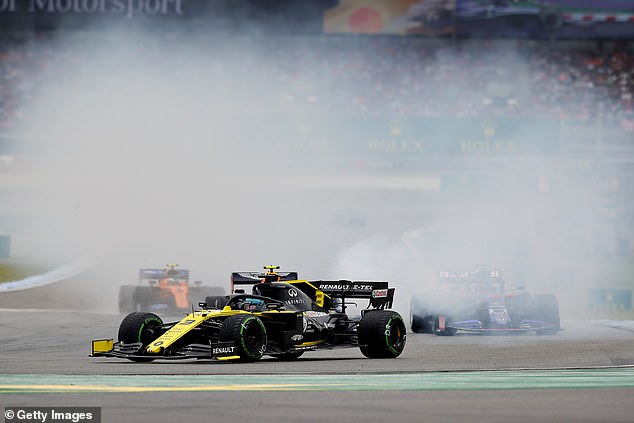 There were farcical scenes throughout the German Grand Prix at Hockenheim

On a sad note, Hubert died in the F2 race at Spa. Few crashes stop you in your tracks the moment you see them the way this one did. The most heart-rending sight was the 22-year-old’s mother, Nathalie, holding his crash helmet among the mourning circle of bowed heads on the grid. She hid her eyes behind dark glasses. 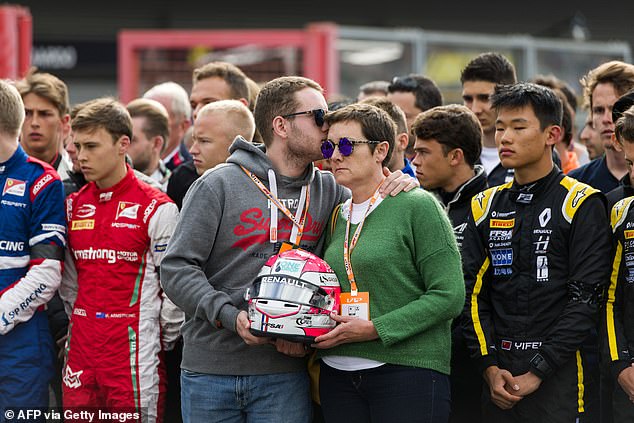 After the death F2 driver Anthoine Hubert, his mother Nathalie held his helmet at a memorial

Who is No 1 at Ferrari? That is the question Sebastian Vettel and Charles Leclerc have pulled apart like a Christmas cracker. The answer is Leclerc, with more wins, more poles, more points — and victory at Monza. One problem is Vettel, paid £36million a year, won’t lie down. Another is that the leadership at the team appears weak. They will, it seems, endure another year of squabbling. 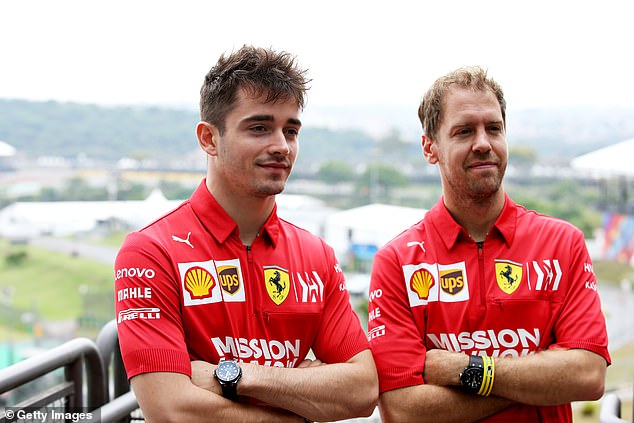 It is hard to tell exactly how well Russell has driven in a Williams as slow as a milk float but he just wins my vote ahead of Lando Norris. Both have acquitted themselves well. However, the way Russell has taken on the leadership of the team, has impressed. At 21, he is two years older than Norris and it shows.

Russell’s figures are impressive by the only available metric, against his team-mate Robert Kubica. Qualifying: 21-0. 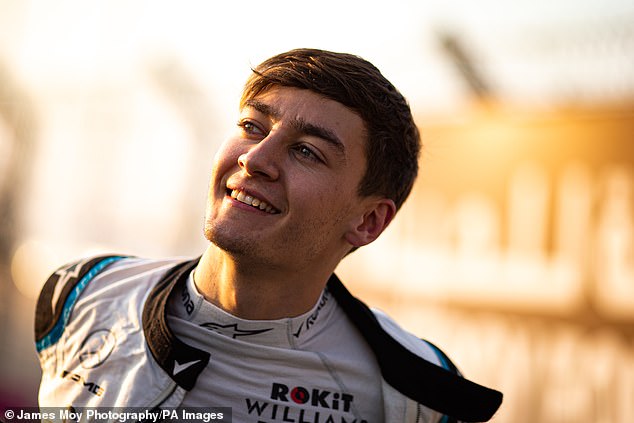 What a turnaround for McLaren: fourth in the championship, their highest finish since 2012. This halts a decline dating back more than a decade. It started with them losing their engine partners, headline sponsors and star driver — Mercedes, Vodafone and Hamilton. Last year they cleared out some deadwood after this paper’s Freddo-gate revelations. Andreas Seidl, a focused German, was drafted in to bring much-needed grip. A podium for Carlos Sainz in Brazil was the reward. But there is still a long way to go to the top, which was once McLaren’s first and only interest.

FAREWELL OF THE YEAR: ROBERT KUBICA

Kubica thankfully took his leave of Williams yesterday. He had tried to prove he was as good as he had been when he had full use of his two arms, prior to a terrible rally accident in 2011. It was always unlikely. That he got back into Formula One after was a giant achievement in itself but it was not nice to see him — a contemporary Hamilton rated very seriously indeed — as a shadow of his old, remarkable self. 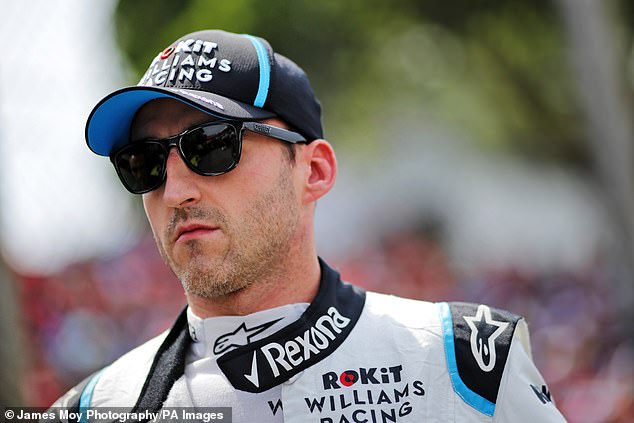 GONE BUT NOT FORGOTTEN: NIKI LAUDA

Lauda died aged 70 after a lifetime’s defiance. Finally, he succumbed to the toxic gases he inhaled when he almost burned to death at the Nurburgring in 1976.

‘He was a super driver but far above that he was a special man,’ said Bernie Ecclestone. ‘A bit of me wishes Niki could have lived a peaceful life but that would not have suited him. He was a fighter.’

Charlie Whiting, the race director, died suddenly in Melbourne, respected by all. 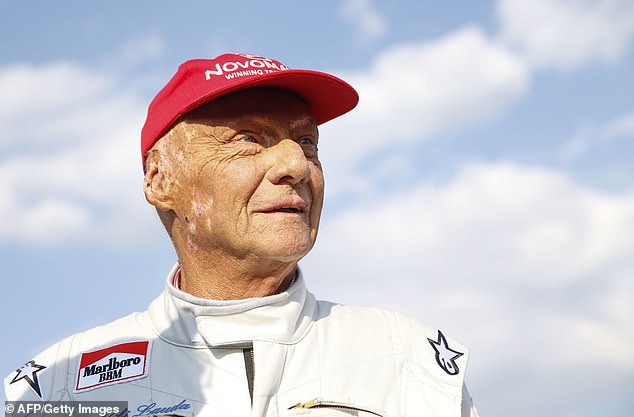