Mercedes seriously considered stopping Lewis Hamilton from racing, team principal Toto Wolff has revealed. The Brit was team-mates with Nico Rosberg for four years and that caused all sorts of problems behind the scenes.

Wolff was appointed Mercedes boss in January 2013 with Hamilton and Rosberg already in the door.

The Austrian had his work cut out while his two drivers were vying for the world title and tension spilled over the following year.

Hamilton accused Rosberg of deliberately crashing into him at the Belgian Grand Prix and Wolff had to come down hard on his two stars.

“It was very difficult because I came into the team as a newcomer in Formula 1, and Nico and Lewis had been in the sport for much longer,” Wolff told the High Performance Podcast.

“But still, I was able to create an environment where they had to respect the team. 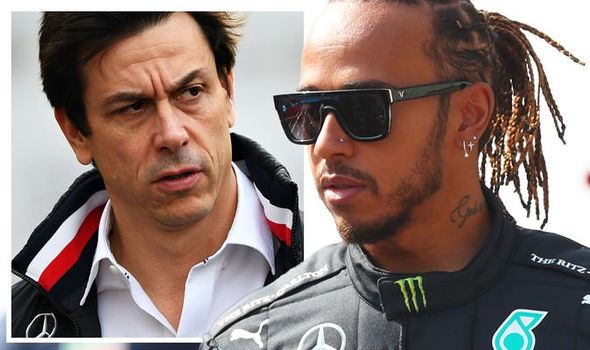 “The events of 2014, where I felt there was some selfish behaviour, I said that the next time you come close to the other car, your team-mate, you think about the Mercedes brand, you think about single individuals in the team, you think about Dieter Zetsche, the CEO of Mercedes.

“That’s probably going to change the way you act; you’re not going to put your team-mate in the wall.

“And I always made it clear that if this were to happen regularly, and I would see a pattern, then I have no fear in making somebody miss races.”

But even during those gruelling battles Wolff made it clear who was in control of the team.

“The thing the drivers want the most is to compete in a car,” Wolff added. “And you always need to be very clear that you compete in the car if you understand the team game.

“And it’s much more difficult because there are only two drivers in the team and it’s not easy to find a replacement, and a replacement on that level. 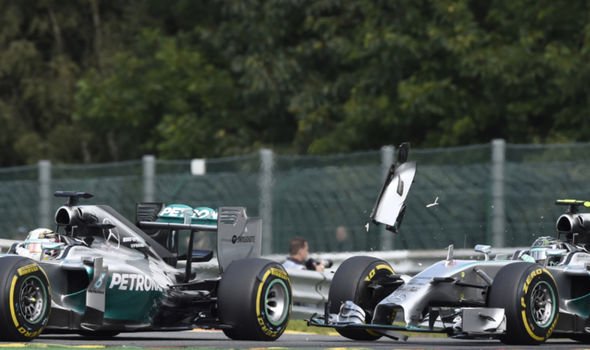 “But I’m prepared to sacrifice a race or two just to make it clear for all future generations that are going to drive for Mercedes that that’s not on.”

Rosberg retired after winning the 2016 world title and was replaced by Valtteri Bottas, who is fighting for his future this season.