Max Verstappen and Red Bull delivered a bolt from the blue on Tuesday morning when it was announced the prodigiously talented Dutchman has put pen to paper on a deal which will see him stick with them until 2023. The 22-year-old’s decision to commit himself to the Milton Keynes-based team is hardly the most groundbreaking news in the F1 world.

There might be far more shocking developments to come, particularly with a host of drivers out of contract at the end of the coming 2020 season and regulations set to change ahead of next year’s campaign.

However, Verstappen’s new terms will have made rivals Lewis Hamilton and Sebastian Vettel take notice with their own futures up in the air.

Verstappen – long-tipped to take Vettel’s crown as F1’s youngest ever champion – had been known to have reservations about sticking with Red Bull for the long-term before the 2019 season began.

There were doubts over Red Bull’s ability to truly challenge for championships and they entered into new territory in Australia last March when they raced with Honda engines for the first time after ditching Renault.

JUST IN: Max Verstappen battle verdict given by Charles Leclerc 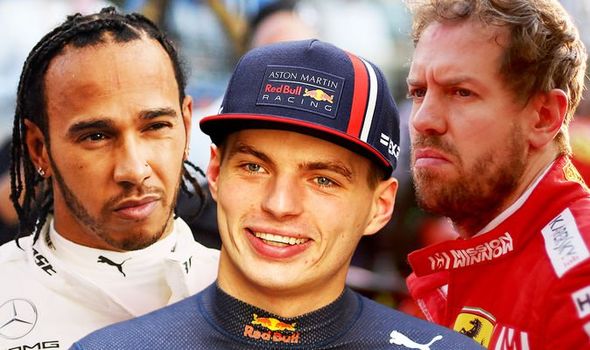 Three race wins and nine podiums from 2019’s 21 races, though, proved enough to convince Verstappen that the Red Bull and Honda partnership is worth being a part of going forward.

The former Toro Rosso youngster tacked a further three seasons onto his existing commitment this week, putting to bed talk he might join Mercedes before the 2021 season begins.

And that is bound to have ramifications for Hamilton, whose Mercedes seat will have been in Verstappen’s sights as he considered his options.

Hamilton and Mercedes’ relationship has been mutually beneficial over the past seven years as they have established themselves as the dominant force in F1.

The Brit is on the most lucrative contract in the sport’s history and still his £40m-a-year wages might rise higher following Verstappen’s decision to stay put. 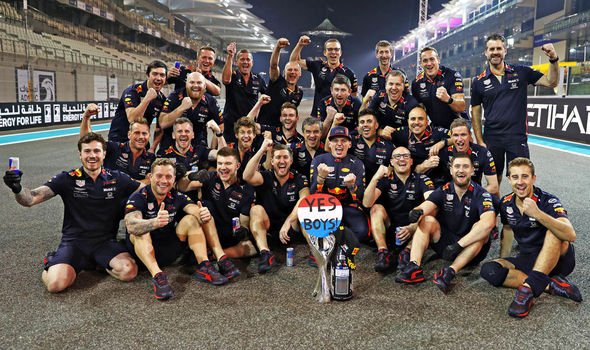 With Verstappen highly unlikely to be available at the end of the 2020 season – when Hamilton’s current contract expires – Toto Wolff and co. now no longer have a great fallback option to replace the reigning champion.

Ferrari chief executive Louis Camilleri confirmed in December that discussions had begun over Hamilton potentially trading the Silver Arrows for the Prancing Horse.

And, now, Mercedes may have to raise the stakes once again to keep their star man out of the Italian’s clutches and avoid a Hamilton-Charles Leclerc dream team being formed.

An extended Mercedes stay for Hamilton would likely be good news for Vettel, who is on thin ice after Ferrari made Leclerc their No 1 driver.

Although Ferrari’s decision has not been formalised, Leclerc’s recent new contract highlighted the fact they are putting their backing behind the starlet. 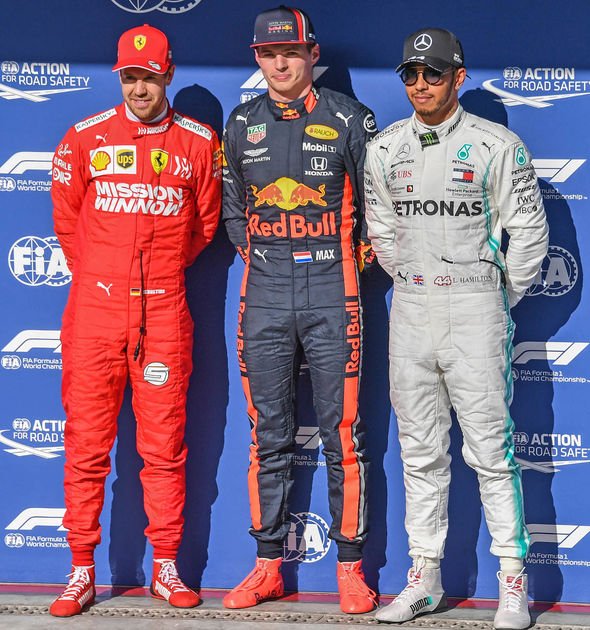 Vettel might, however, be afforded a prolonged stretch at Ferrari with the chances of Hamilton joining them probably diminishing thanks to Verstappen sticking with Red Bull.

It makes sense for Ferrari to retain the services of the four-time F1 champion – despite his failure to win silverware with them – to help mould Leclerc, who hopes to follow in his footsteps.

And Vettel would surely rather accept such a role under Mattia Binotto than be bombed out of Ferrari after November’s season-ending Abu Dhabi Grand Prix.

The likelihood of Vettel returning to Red Bull in a surprise switch if he leaves Ferrari has also reduced dramatically, with no room there with Verstappen carrying on.

Verstappen’s new deal may, then, ensure the status quo is maintained at the top of the sport for a little longer.