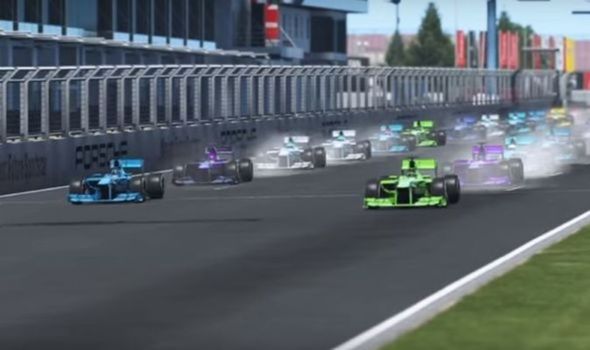 The All-Star Esports Battle is back for a third week following the success of its opening two rounds. The virtual race was set up due to F1’s 2020 calendar being suspended because of the coronavirus.

The first instalment was organised in less than 72 hours after the Australian Grand Prix was called off.

The Race say the event, hosted by Torque Esports attracted a live audience of over half a million viewers.

The All-Star Battle sees some of the world’s top racing drivers go up against the leading sim racing stars.

Torque Esports President and CEO, Darren Cox said: “Race fans around the world are starved of entertainment at the moment.

“But the beauty of esports racing competition is the fact you can set up events anywhere around the world at any time.

“With the current COVID-19 situation around the world, the ‘stay at home economy’ is surging and Torque Esports is ideally positioned to provide the fan base with compelling virtual versions of real-world motorsport.”

When is All-Star Esports Battle?

The third instalment of the Esports race will start following the Legends Trophy race, which is due to get underway at 4pm GMT.

How can I watch All-Star Esports Battle?

Fans can watch all the action unfold via a live stream on The Race’s YouTube channel.