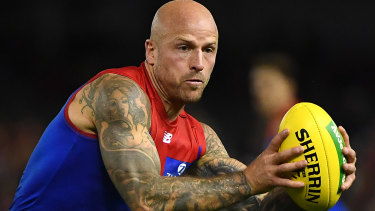 It goes without saying that Kardinia Park is a fortress for the Cats who have won 37 of their last 42 games at the venue.

But they have looked a bit vulnerable there in recent times – they were far from convincing in beating bottom-placed North last week, probably should have lost to Brisbane in round two and last year Carlton beat them down there.

The Eagles certainly have history against them, having won only one of their last 11 games there (and they had to fight back from 54 points down to do so).

West Coast have lost their last six games at Geelong’s home by an average of 60 points so they’re really going to have to go against the grain today to secure a win.

The Eagles (sixth) and Cats (eighth) are both 3-2, separated by 16 per cent, so this looms as a good old-fashioned ‘eight-pointer’.

The Cats might be missing Patrick Dangerfield, but Jeremy Cameron is the big inclusion. 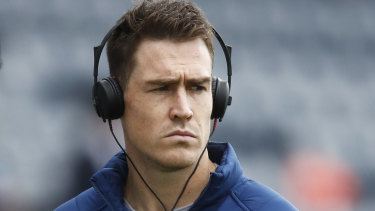 Jeremy Cameron preparing for his first game as a Cat.Credit:Getty Images

On the day Sydney welcomed fans back to the SCG, the Swans dared to win – only to lose by more.

After the snooze-fest of last Sunday, John Longmire’s young side played its part in one of the more entertaining games of this defence-oriented season.

The more aesthetically pleasing style, however, was not enough to reverse the Swans’ fortunes as Gold Coast, who received a pep talk during the week from Australian cricket great Justin Langer, continued their rise with a 32-point win – 13.14 (92) to 9.6 (60) – on Saturday. 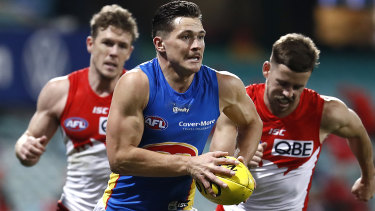 Ben Ainsworth looks upfield during Saturday’s clash against the Swans.Credit:Getty

Swans best at goals per disposal

Gold Coast has recorded a goal every 37.3 disposals this season – ranked 16th in the competition. Sydney has been the most efficient side – recording a goal every 24.5 disposals. The Swans are one of only two teams to average 100-plus points in 2021.

West Coast amplified their premiership credentials on Saturday night, staring down a fierce challenge from Geelong to beat the Cats in one of the best games of the 2020 season.

Geelong were patient when picking their time to attack and were manic when pressuring the Eagles in the contest, dominating the final phases of the game, but West Coast held their nerve in a frantic final term.

Josh Kennedy, held well for three quarters by Harry Taylor, kicked three goals in the last to drag his team across the line. 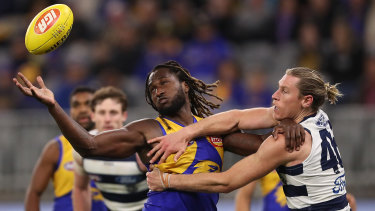 Hello and welcome to today’s bumper AFL live blog as we take in five matches across three states.

We kick things off at Kardinia Park where Geelong finally welcome boom recruit Jeremy Cameron for his first game for the club as the Cats host West Coast, while at Metricon Stadium, the struggling Gold Coast Suns host the injury-hit Sydney Swans.

The twilight fixture pits Carlton against the Brisbane Lions at Marvel Stadium, before the match of the round takes centre stage as the undefeated Demons face reigning premiers Richmond in the blockbuster Anzac Day eve clash at the MCG.

Across the Nullarbor, in the other night match, Fremantle will play against winless North Melbourne inside an empty Optus Stadium as a result of the Perth’s snap three-day lockdown in response to an outbreak of COVID-19 cases.

Please feel free to leave a comment and enjoy the coverage to come.