As the AFL unveiled the eye-catching numbers behind its new broadcast deal on Tuesday, there was a sense of the status quo remaining, as the league maintained its close ties with Channel Seven for the next decade.

A locked-at-the-hip broadcast partner for most of the time football has been on television, the game will stay on Seven screens until at least 2031. There’s only likely to be a smattering of the players in this year’s finals series still in the top league by then. 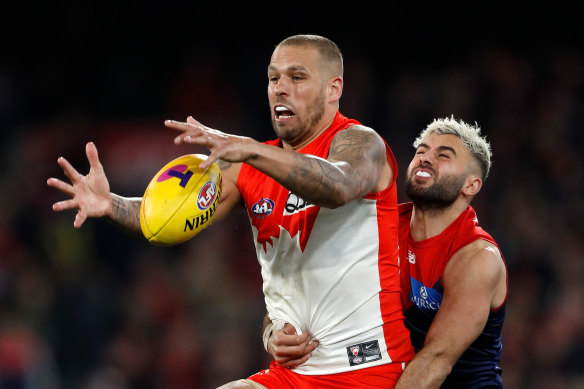 A sense of the status quo will remain for viewers in the AFL’s new broadcast deal.Credit:Getty Images

But the reality for fans – having to fork out for pay TV or subscription services to get access to a full suite of AFL products – will remain a bedrock of the football-watching experience under the league’s new seven-year deal, which will come into effect in 2025.

No surprises there, as paying to watch football on your TV or device has been part of the landscape for 20 years – since the Nine/Ten/Foxtel/Telstra partnership transformed AFL broadcast arrangements from 2002.

The AFL’s broadcasters from 2025 onwards – the Seven network, Foxtel (+ Kayo) and Telstra – are well-known quantities, but the devil in the detail could emerge when it comes to parting with your hard-earned to ensure you can access what you want to watch, when you want.

Global monoliths such as Facebook, Google and Amazon won’t be part of the next broadcasting structure, as it turns out, despite recent expectations they were ready to pounce.

AFL boss Gillon McLachlan, in announcing the seven-year, $4.5 billion windfall for the league, pledged “the investment will go back into the best game in the world” and emphasised the priorities that drove the league when signing the new deal:

But on hot-button topics for footy fans, there was at least some clarity on some key questions, such as the breakdown of matches on free to air TV versus the pay TV option.

Although McLachlan said the same number of matches would be shown on free to air TV as in the previous deal, Foxtel will have exclusive rights to Saturday games for the first eight rounds in Melbourne.

Crucially, under the new rights deal, Seven will retain the grand final, although the start time will remain a matter for debate.

Seven will also broadcast all Friday night games, Thursday night games in the first 15 rounds of seasons, marquee matches such as Anzac Day at the MCG, and the Easter Monday and Queen’s Birthday games.

Seven has also locked in much of the AFLW offering, too, including all finals and the grand final.

A fundamental component of the Foxtel offering will be its exclusive “Super Saturdays”, where it will own all games on that day in the last eight rounds, unless a marquee match – Anzac Day or Dreamtime at the ’G – fall on a Saturday.

Foxtel will also have access to the array of AFL awards and events (such as the annual draft), but Brownlow Medal night will remain Seven’s.

Yes, many things will be business as usual, if you like.