Several AFL clubs are seeking guidance about whether they need to consider altering or removing tributes to Australian football’s founding father after historical allegations pointing to his involvement in a massacre of Aboriginal people 160 years ago.

Questions about the appropriateness of tributes to Tom Wills – who co-wrote the laws of the game more than 160 years ago – have been raised after a series of ABC reports over the weekend shone a spotlight on an 1895 Chicago Tribune report suggesting that Wills took part in the reprisal attacks that followed Queensland’s Cullin-la-ringo massacre of 1861. 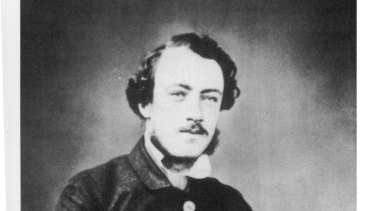 Wills’ historical standing in the AFL and the wider Australian football world has led to him being honoured in name by several AFL clubs.

In the annual country game between Essendon and Geelong, the player adjudged as best afield receives the Tom Wills Award, which Bombers star Darcy Parish won this year.

Both the Bombers and Cats indicated on Monday that they would be looking into the matter. “The club is aware of the situation and is in discussion with the AFL seeking further information,” said a Cats spokesperson.

Essendon said they would be “seeking further clarity on the matter”. 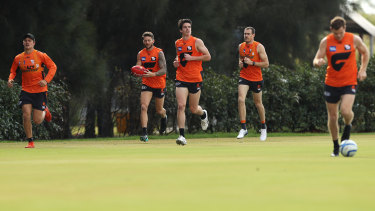 The field – a golf driving range converted into an oval – was given that name in 2013. Former AFL chief executive Andrew Demetriou, then-NSW sports minister Graham Annesley and Wills’ biographer Greg de Moore were on hand for the naming, hailing the decision as fitting because Wills was from NSW.

De Moore told the ABC he felt there was a “thread of truth” in the latest revelations about Wills.

The Giants declined to comment when approached on Monday, but club sources have indicated they are also seeking consultation on whether the oval should be renamed, and are sensitive to the importance of the issue.

The AFL did not respond to a request for comment but said in a statement provided to the ABC over the weekend: “We acknowledge the information that came to light yesterday [Saturday] and the trauma associated with historical events that occurred in Australia. We will now seek advice from those with knowledge of the available evidence as well as from the communities whose trauma this speaks of.”

Wills was also among the founders of Melbourne Football Club.

Wills – whose father Horatio was murdered by Aboriginal people in that massacre – is quoted in the Chicago Tribune report as saying: “I cannot tell all that happened, but know we killed all in sight.”

In the report, uncovered by historian Gary Fearon, Wills speaks of shooting dead an Aboriginal man who he claims had stolen Wills’ Zingari cricket jacket.

The report was uncovered by historian Gary Fearon.

Cricket Australia, which also honour Wills given his role as one of the country’s early champion cricketers, said it would consult with its National Aboriginal Advisory Committee about appropriate next steps.

In 1866 Wills led an Aboriginal cricket team on an Australian tour as captain-coach.

Indigenous football broadcaster Shelley Ware tweeted that it was “time for history books, hall of fame records and statue plaques to be discussed and rewritten”.