MCG lit up purple for the Queen

The MCG is lit purple in memory and a sign of respect for Her Majesty Queen Elizabeth II.

Brisbane will be without star forward Joe Daniher – who kicked the match winner against Richmond in last weekend’s elimination final – as he pulled out of the semi-final to be with his partner who has gone into labour. 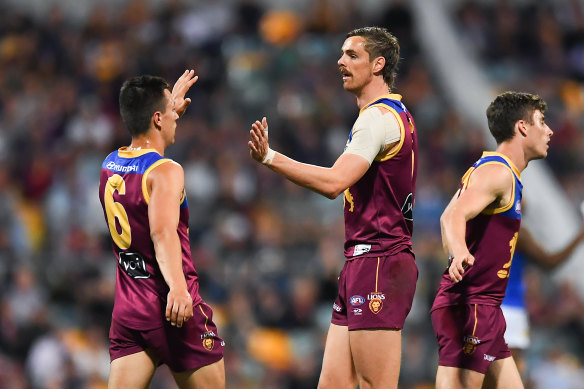 Joe Daniher has pulled out of Brisbane’s semi-final against Melbourne to be with his partner in labour.Credit:Getty Images

It’s Daniher and his partner’s first child and he (very reasonably!) wanted to be there for the birth.

Kai Lohmann has been named as the fourth emergency, alongside Ryan Lester, Rhys Mathieson and Jaxon Prior.

AFL to pay tribute to the Queen

The AFL will pay tribute to Queen Elizabeth II with a minute’s silence and flags to be flown at half-mast this weekend.

The minute’s silence will be before the national anthem ahead of tonight’s semi-final between Melbourne and Brisbane at the MCG, and again ahead of Saturday night’s clash between Collingwood and Fremantle at the MCG.

While many sporting events were cancelled in the United Kingdom as a mark of respect, the AFL confirmed on Friday its finals series will go on. 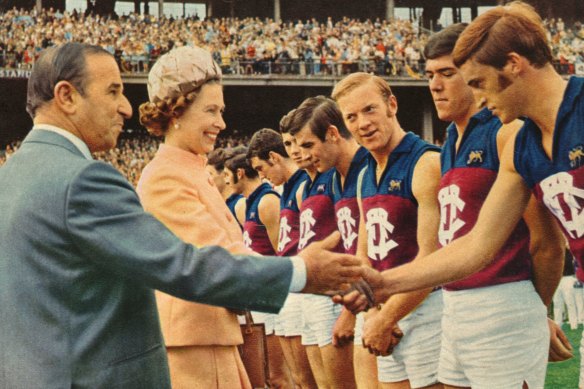 Hello and welcome to our live rolling coverage of what promises to be a thrilling Friday night of footy with the men’s semi-final between reigning premiers Melbourne Demons and the Brisbane Lions.

The winners will head straight to a preliminary final, while the losers will bow out of the finals series and shift focus to Mad Monday outfit ideas.

The first bounce is at 7:50pm, and don’t forget, you can leave a comment on the blog at any time. We want to know your thoughts on the evening!

Alrighty roo, buckle in. It’s going to be a big one. Here we go.