Carlton has poached Ashley Hansen, who had been slated to be Luke Beveridge’s senior assistant, to hold the same role under new senior coach Michael Voss.

Hansen, who has been a fixture at the Bulldogs in Beveridge’s time at the helm and had been promoted to senior assistant following the exit of Steven King, will coach the forwards and act as Voss’ senior lieutenant in a revamped coaching panel. 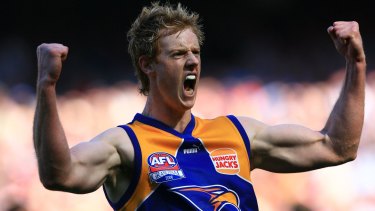 Hansen’s arrival will finalise the overhaul of Carlton’s coaching panel, with Tim Clarke, who had worked at Gold Coast until last year, returning to the Blues to be midfield coach, while ex-star forward Aaron Hamill has left the Saints, where he had been a fixture on and off the field, making a prodigal return to his first club as coach of the defenders.

Hansen wants to be a senior coach and sources said his move from the grand finalists was, in part, recognition that he needed to broaden his experience at another club.

Clarke had worked at Carlton under Brendon Bolton as midfield coach from the end of 2015 for three seasons, having cut his teeth at Richmond as a development coach and of the VFL team.

“In my discussions with the club about coming back, what was really clear was the direction this group wants to go and the total buy-in that is there to achieve it,” Clarke said in a club statement.

“That is an incredibly exciting environment to be a part of. I know first-hand, having worked with some of these players during the early stages of their career, what this list is capable of, and I cannot wait to get stuck in and begin the hard work with them.”

Blues head of football Brad Lloyd said of Clarke:“Tim has established himself as a quality coach at the elite level for over a decade now, [and] we are delighted to add someone of his experience and quality to our coaching group.

“Tim has developed young talent, worked with established players, and has overall experience coaching his own side – he ticks every box in regard to the specific skill sets we are looking to add to our coaching group.”