The AFL trade period ended in limbo for contracted players seeking trades for the fourth year running, as Bobby Hill’s last-minute attempt to move from the Giants to Essendon fell over after the Giants failed to find another small forward to fill the void his departure would have created.

With Toby Greene suspended for the opening five rounds of 2022 and Brent Daniels absent through injury for much of 2021, the Giants decided they could not afford to part with the 21-year-old after their attempt to convince Hawthorn’s Chad Wingard and Luke Breust to join the club failed when both players decided they did not want to leave Waverley. 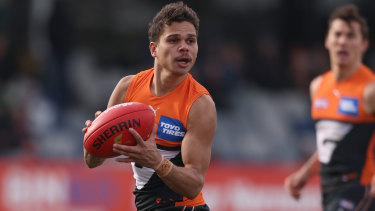 Bobby Hill will remain with the GWS Giants for at least another season.Credit:Getty Images

Hill was left disappointed with the outcome after first telling the Giants on Friday that he wanted a trade to the Bombers to be closer to his cousin, St Kilda’s Brad Hill, as his partner was due to have a baby on December 20.

After the door closed on the trade, his camp indicated he wouldn’t be extending his deal with the Giants beyond the end of 2022, however he would return to the Giants to resume his career. 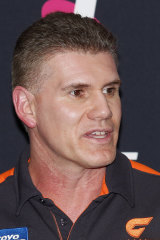 GWS football boss Jason McCartney said the deal for Hill was dead in the water with an hour left before the trade deadline after Essendon offered their future second round pick for Hill after initially asking for another pick back from the Giants in the exchange.

“It’s never been live, to be honest,” McCartney said on 3AW.

“Bobby is a required player at the Giants, he has a year to run on his contract. This has only been presented four or five days ago, we have things around in place for him and his partner. We’ll continue to work with him to put support around them in Sydney.

“There is a family connection in Melbourne, we’ve been clear all along. He played 17 games this year, we allowed him to come back to Sydney while we were in the hub.

“He’s a valuable player, we don’t have a lot of small forwards and Toby Greene isn’t playing the first five games of 2022 so that’s where it stands.”

The Giants on Tuesday contacted Breust, who said he would sleep on the deal as the Hawks and the Giants worked on how it might look. But he decided to stay put after careful consideration.

Collingwood were also interested observers and were prepared to offer the Giants pick 27 and a future third round pick and sign Hill on a three-year deal.

North Melbourne also retained Tristan Xerri, who wanted a trade to St Kilda, but the Saints did not want to make a second round pick a part of any deal.

Geelong waited until close to the deadline before trading Jordan Clark to Fremantle after a stand-off with the Dockers, who were reluctant to add a future third round draft pick to pick 22 to finalise the deal after refusing to part with pick 19.

The Cats eventually received pick 22 and a future third round pick tied to Carlton for the running defender, who turns 21 on Saturday. 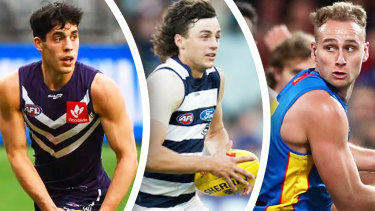 Geelong also traded Darcy Fort to Brisbane and signed Hawthorn’s Jonathon Ceglar on a two-year deal. The Hawks landed Collingwood’s Max Lynch with the deals requiring a mixture of third round picks and future third and fourth round picks to be finalised.

Sydney relented and sent Jordan Dawson to Adelaide for a simple exchange of a future first round pick (tied to Melbourne) and secured Port Adelaide’s Peter Ladhams, after swapping their pick 12 with Port’s pick 16 and sending their future second round pick to Port.

It ended the quietest trade period in the past 10 years, with just five players moving as free agents and 15 being traded, as opposed to 26 players being traded and seven players switching clubs via free agency at the end of last season.

It wasn’t just the number of players that was more significant last year – it was the quality of the players involved.

AFLPA president Patrick Dangerfield said on social media the trade period should run for one week from Monday to Friday and finish at prime time on a Friday night.

Bulldogs vice-captain Mitch Wallis signed a new one-year deal to stay at the Whitten Oval after exploring options for a move, and the Blues re-signed four rookies, Matthew Owies, Luke Parks, Oscar McDonald, and Jordan Boyd for one more season.