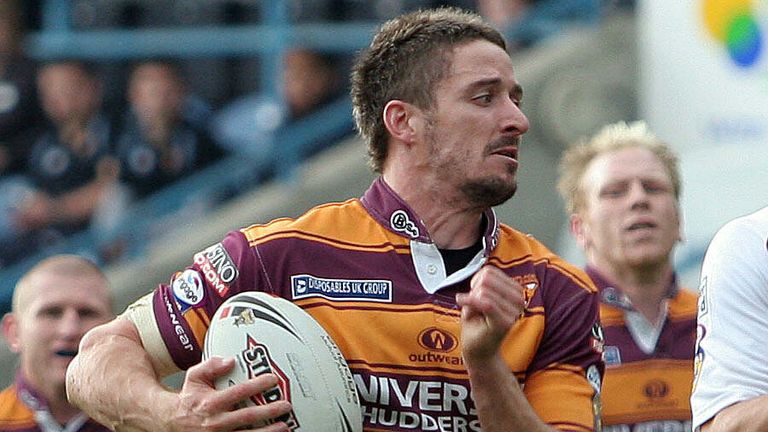 Mention the Newcastle-upon-Tyne borough of Wallsend in a sporting sense and the most likely association which springs to mind is the famous Boys Club, which had produced an impressive number of international and professional football players down the years.

Rugby league, on the other hand, does not have the same roots in the area. However, it has produced several professionals in the form of Chris Thorman, and his brothers Neil and Paul.

The former in particular enjoyed a fine career at the highest level, playing in Super League and the NRL, having been gripped by the sport over all of the others him and his siblings used to play as youngsters.

“We were typical Geordie kids,” Thorman told the Golden Point podcast. “We loved sport, we loved playing out and we had far too much energy for my parents’ liking, and we literally tried every sport.

“There was a note came around school when I was nine or 10 to be part of a rugby league team, Newcastle Eagles, and I thought ‘Why not?’ – we did everything else.

“When we arrived, it happened to be on our school field, not far from our house, and it just suited us. It suited my athleticism, I was quick, relatively fast and fairly smart, so it suited me so much and I really enjoyed it too.

“I suppose the deciding factor was it sapped my energy more than any of the other sports and my parents were really grateful of that!”

Not bad for a lad from Wallsend. pic.twitter.com/wdoPefjkVE

Helping the Eagles to consecutive promotions in the Yorkshire junior leagues led to Thorman representing the county in the annual series against Lancashire and attracting interest from Leeds Rhinos, Castleford Tigers, Wakefield Trinity and Keighley Cougars.

It was Sheffield Eagles he would turn professional with though, being impressed by then-head coach John Kear after getting to know him at the national centre of excellence at Lancaster University.

The half-back would make his debut for Sheffield in the 1999 Super League season, going on to appear 19 times, but the end of the campaign brought about one of the more contentious moments in Super League history when they merged with Huddersfield Giants.

“It was a bit strange and for someone who was so young, I didn’t quite understand the ins and outs or the politics of it all,” Thorman said of the Huddersfield-Sheffield merger. 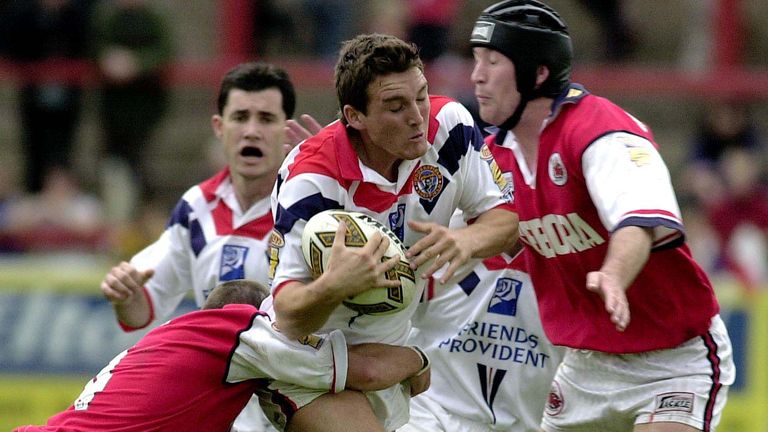 “Because I was an up-and-coming player and I played for Great Britain Lions and stuff, I was retained by the merged squad which I was keen to do, but it was a bit of a debacle.

“From my point of view, I just wanted to play, turn up to training every day and learn. For a young half-back, it was pretty tough to play behind a beaten pack, so it probably taught me a lot of lessons along the way too.”

It was the Giants, who quickly reverted to just Huddersfield after one season, Thorman would become particularly associated with, returning to the club in 2005 after one-year spells with London Broncos and Australian side Parramatta Eels. His second spell at Huddersfield proved a much more successful one, helping the club to their first Challenge Cup final appearance for 44 years in 2006, losing to St Helens at Twickenham, and reach the Super League play-off for the first time in their history the following year.

Thorman would later return to the club as part of the coaching staff, serving as academy and assistant coach before taking his current head coach role with Workington Town, and looks back fondly on those years.

“I’m really proud of what we did at Huddersfield,” Thorman said. “We didn’t have the biggest budget or the most talented player pool, but I think we set the tone for what Huddersfield did later on in winning the League Leaders’ Shield [in 2013] when I was there as part of the coaching staff.