Williamstown defender Charlie Dean has become the latest winner of the Fothergill-Round-Mitchell medal to join an AFL club after Collingwood chose him in Friday’s rookie draft.

He was one of eight new players to enter the system via the draft with the bulk of selections taken up with players being re-rookied. 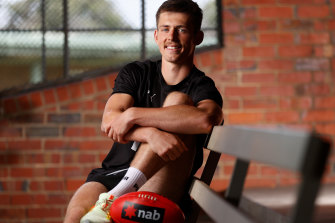 It wouldn’t be a draft period without the Cats springing a surprise as Geelong plucked Carey Grammar’s Ollie Dempsey while the Giants opted for Bendigo defender Cooper Hamilton.

Former North Melbourne player Trent DuMont found a new home with Port Adelaide taking him as a rookie as did former Blue Levi Casboult who joined the Gold Coast.