The 31-year-old was a premiership player at the Bulldogs and became a popular and sturdy defender with the Magpies after he arrived in 2019. 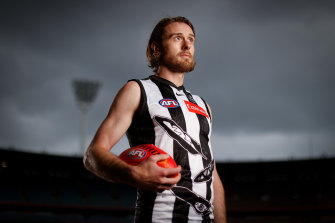 Collingwood defender Jordan Roughead has retired after 201 games with the Magpies and the Western BulldogsCredit:Michael Willson/AFL Photos

He played just one game in 2022 after suffering a significant shoulder injury in the pre-season and hurting his finger when he returned against the Brisbane Lions in round five.

It was likely to be Roughead’s last season, but the shoulder injury expedited his decision.

Roughead’s retirement will give the Magpies the potential to make two selections in next week’s mid-season draft; however, his decision was not predicated on giving Collingwood that extra pick nor did the Magpies ask him to retire at this time to give them a second pick which sources said they may not use in any event.

Roughead played in the Bulldogs’ 2016 premiership as a ruckman after suffering a serious eye injury in the preliminary final that put him in doubt for the grand final. 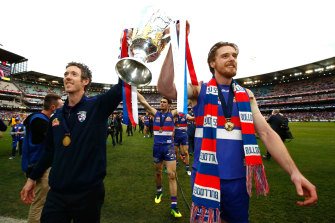 He then was traded as a bargain pick-up for the Magpies on the last day of the 2018 trading period after 138 games for the Bulldogs.

Roughead was a popular and influential figure in his time at Collingwood, rising to the leadership group where he had an influence both on the players’ on-field performance and the way they tackled challenging issues that arose from the Do Better report.

He was a key voice in framing a response and has spoken on other social issues, most recently lending his voice to sport tackling climate change.