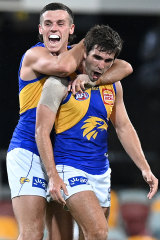 St Kilda only really does tension and heartache in September.

Nine years to the day since they played their last final, the Saints fumbled their gilt-edged chance to claim their next, giving up a last-quarter lead to lose to a weakened and then further injury-depleted West Coast.

The Saints have now lost three of their last four games in a soft submission when they could have staked their finals claim. Now they rely on a victory over GWS in the final round next week to play finals.

Remarkably the Eagles, with more stars in the stands than on the ground, remain a chance for the top four.

This should have been the Saints' crowning moment. They confronted an Eagles team already with Luke Shuey, Elliot Yeo, Mark Hutchings, Jack Redden, Lewis Jetta and Dom Sheed on their long injury list. Then before half-time, they lost key defender and arguably most influential player in Jeremy McGovern to a hamstring.

St Kilda were up by a goal early in the last term and should have been able to roll over the top of an Eagles team that was both playing their fifth game in 19 days and down one on the bench. The Saints not only had the lead but they had chances through Max King and Bradley Hill to press home the advantage, but both missed goals and left the door ajar.

The Saints looked likely but when ball went back the other way it found Josh Kennedy on a lead and, on one leg, he booted the goal that put the Eagles back in the game. Moments later Tim Kelly and Oscar Allen goaled and the Saints were cooked.

The Saints at the opening looked determined to own their fate. They owned territory and possession hunting the Eagles with furious intent that saw them boot the first two goals. If there was a failing in that first term it was that they did not kick more in a period when they had the ascendancy and kept the ball in their forward 50. 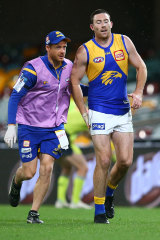 The Eagles settled in the second term and Tim Kelly lifted them with critical interventions around the ball. Then their tall forwards began to stretch St Kilda and exploit mismatches. Jack Darling booted his second and Oscar Allen marked on the goal line for another, while Liam Ryan was creative.

Meantime St Kilda did not score a goal for the quarter. Nor the next.

But suddenly the Saints scored two goals in two minutes in the last term to give themselves a one-goal lead with all the momentum. With a full bench they surged.

The Eagles against that had no right to think they would get back into it but Tim Kelly, who was far and away the best player on the ground all night, was the difference.

Even when his side trailed Kelly was the best player – clean, strong and determined.

He was joined by Nic Naitanui who lifted his performance when it mattered most to be influential. 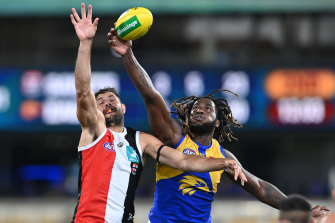 Paddy Ryder and Nic Naitanui do battle in the ruck.Credit:Getty Images

Paddy Ryder had been good on Naitanui for most of the night but the Eagles' ruckman was critical in shifting the momentum with clearances late.

St Kilda, who had traded heavily over the summer to make a tilt for finals, should have been the side to claim the win. But the gulf between the sides was not injuries – it was experience, maturity, understanding and belief. 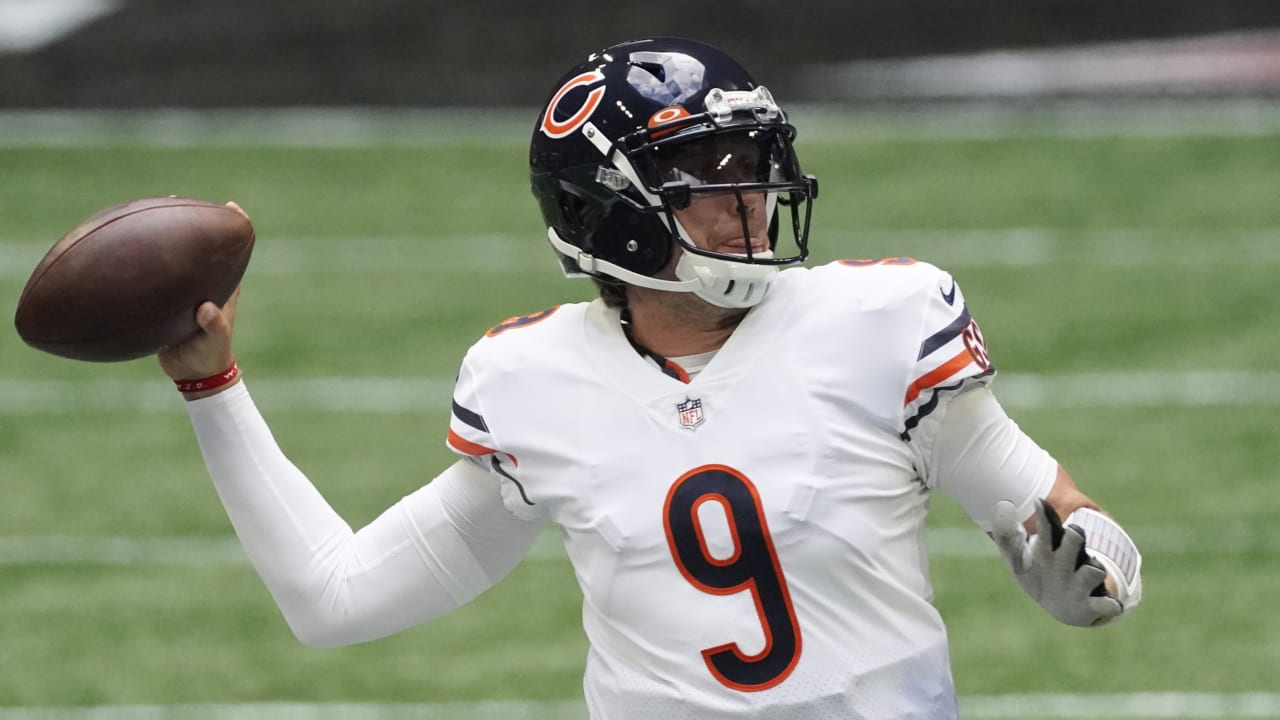