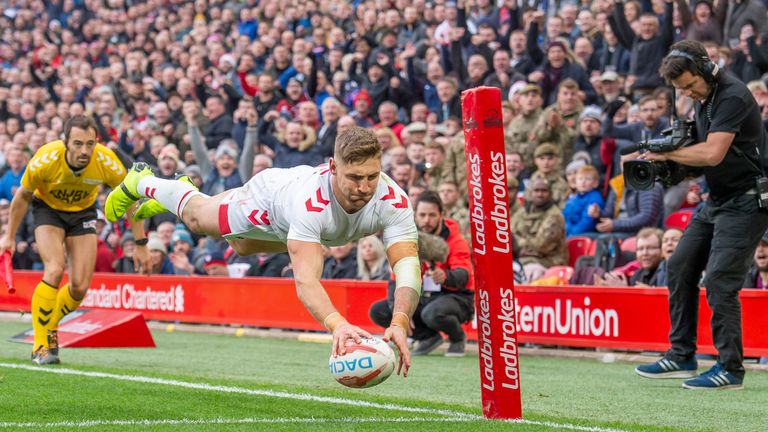 Tommy Makinson scored a hat-trick as England sealed the three-match series with a 20-14 win over New Zealand at Anfield on Sunday.

The St Helens winger completed a remarkable introduction to the international scene with a man-of-the-match display in England’s hugely-impressive 20-14 victory.

Wayne Bennett’s men twice came from behind to finally see off the plucky Kiwis, whose captain Dallin Watene-Zelezniak threatened to win the game on his own.

Among a host of heroes was James Graham, an Everton fan leading England out at Anfield, but special mention goes to rookie prop Luke Thompson, who looks a natural at this level, while centre Jake Connor made it four tries in as many appearances.

Connor managed just one goal from his four attempts as England outscored their visitors by four tries to two.

England drew first blood after Kiwi prop Jesse Bromwich was punished for a late tackle on Sam Tomkins and Connor kicked the penalty to give the hosts a 2-0 lead. 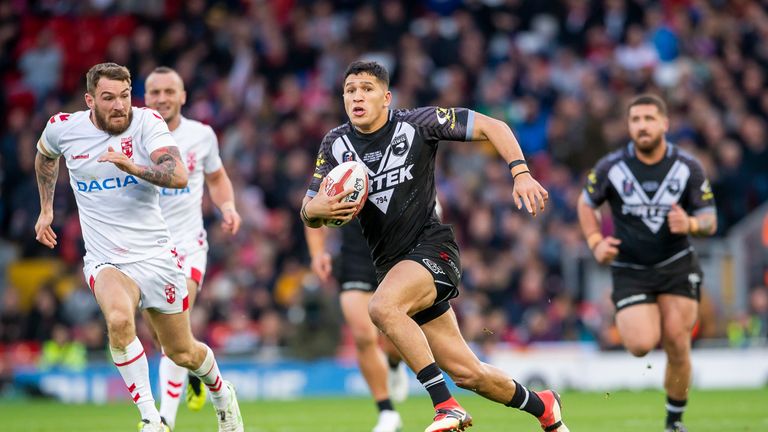 However, the tourists struck back just three minutes later when full-back and captain Watene-Zelezniak sliced between Tomkins and Oliver Gildart for the game’s first try and Shaun Johnson’s conversion made it 6-2.

With Johnson pulling the strings, the Kiwis twice went close again through right winger Jordan Rapana but Makinson was rock solid in defence.

Makinson also came to England’s rescue by getting his body underneath second rower Kevin Proctor as the Kiwis pummelled their line.

England spent most of the first half defending and, in rare breaks, centre Gildart, their match-winner in the first Test, twice spilled the ball.

But the home side looked sharper when hooker Daryl Clark came off the bench and, after twice opting to run penalties from in front of the posts, their enterprise paid off two minutes before half-time when a cut-out pass from stand-off George Williams got Makinson over at the corner. 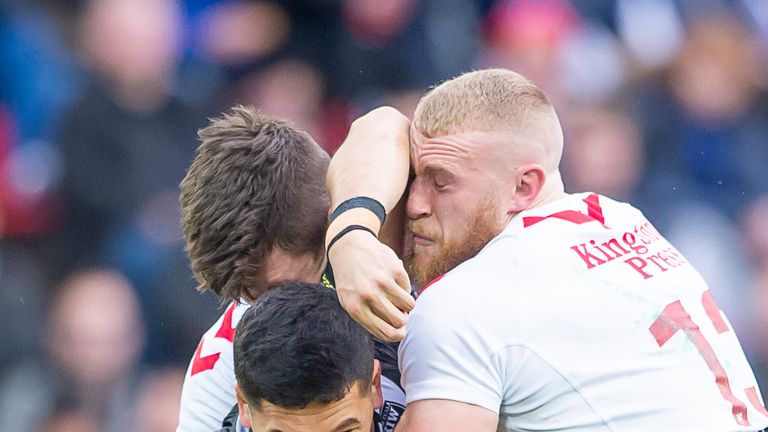 Connor was unable to add the goal, which left the scores locked at 6-6, and New Zealand went back in front just four minutes into the second half with an exceptional try.

Watene-Zelezniak was put through a gap on halfway by Kodi Nikorima’s short pass and he toyed with the England defenders before sending winger Ken Maumalo over at the corner.

Johnson landed the touchline conversion and added a penalty five minutes later to extend the lead to 14-6.

Tempers became frayed once more, fuelled by a late hit by substitute James Fisher-Harris on Tomkins, which seemed to galvanise both England and the 25,000 crowd.

Deft passes from full-back Jonny Lomax and Connor got Makinson over for his second try in the 56th minute and Tom Burgess bundled his way over the line three minutes later only to be held up in a three-man tackle. 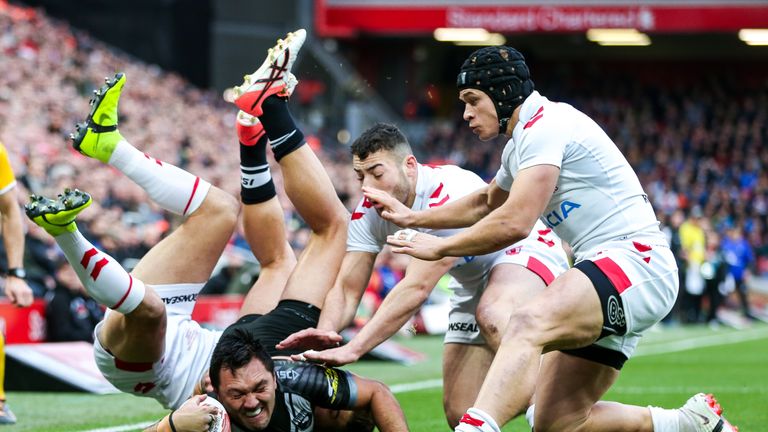 The momentum was all with England by then and they drew level after 63 minutes when Canberra team-mates Josh Hodgson and Elliott Whitehead combined neatly to get Connor over for the third try.

Connor this time struck an upright with the difficult conversion attempt, but England had a chance to clinch victory when Makinson broke clear only to ruin the final pass to Lomax.

Makinson quickly made amends, though, stepping inside and wrong-footing the back-pedalling Kiwi defence to complete his hat-trick and Tomkins rounded off the scoring with the conversion.