Home » Rugby League » Every blackfulla will despair over the Hawthorn revelations, but they won’t be surprised

For better or worse, our game reflects our values back at us. Like many football fans around the country this week, instead of being excited about the prospect of my team, the Sydney Swans, taking home another flag, I’m left reeling after reading accusations of manipulation and – frankly – a deprivation of human liberties.

Given everything that’s come out of this Hawthorn report has been denied by the people involved and will be scrutinised by a committee pulled together by the AFL, I want to instead unpack – like so many blackfullas around the country today – what impact these sorts of stories have on us. 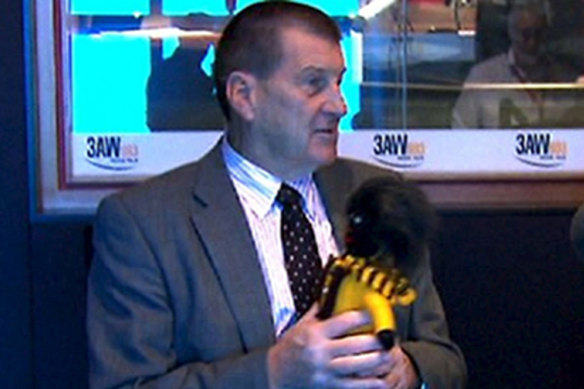 I’m not going to talk about the fact that a 28-year-old man from this club walked away at the peak of his career and we were all led to believe that it was some sort of force incomprehensible to the rest of us – a mystical walkabout, a familial pull that dragged him away from prosperity and success and not deeply entrenched racism.

I’m not going to talk about the fact that the club president, Jeff Kennett, at times carried around a golliwog dressed in the team colours and ‘affectionately’ called it Buddy after Lance Franklin.

I’m not even going to talk about the fact that just a couple of months ago out of Adelaide there were accusations of some Denzel Washington Training Day-style camp complete with men dressed in paramilitary gear armed with fake guns.

What I’m concerned about, like many others, is that this is not a once-off occurrence. That this is the beginning of an incredibly difficult conversation about how we treat these men behind closed doors before we expect them to go out and perform for us on the field, win us flags, sponsors and members. I’m terrified that this game I love and speak so proudly about is harbouring something I’d be ashamed of.

In an unenviable position, the AFL’s general manager of inclusion and social policy Tanya Hosch, said it best: “I think the country has a problem.”

Sometimes people are flawed, and they say the wrong thing. I get that – I’ve done it before and will probably do it again. Sometimes people do the wrong thing in a moment of weakness or indulgence. I get that too. What these allegations raise, though, is racism of a different kind. What this sort of racism does is tell one group of people that they are better than another with a set of rules and obligations that only need to be met and fulfilled by black people.

I had a conversation with one friend involved in the game and said: “Imagine what they say about us when we’re not around. Imagine how they talk”. For these young men, they don’t have to imagine. They hear it when they go out onto the field to do their jobs. On our show this morning, Nine sports presenter Tony Jones summed it up perfectly: “They run out onto the field and run the risk of being racially vilified because some supporters can’t keep a civil tongue in their head”.

You should know that the reason I always back up other blackfullas is because I know that they’ve faced that sort of resistance in some way or another. Every player who runs out onto the field has heard some variation of the things we’re hearing about this week. Whether it’s wild black women or weak black men, we know what they’re thinking because sometimes people say it.

I thought some more about what they might say when we’re not around and decided I don’t care if they think they’re better than me, maybe they are. What I do care about is Aboriginal people being denied the opportunity to overcome disadvantage.

The system asks that we get involved. That we roll up our sleeves and grin and bear it. That we dream of a better future. Racism, at its core, robs people of their potential. It tears down dreams and, for some young men and women, turns them into nightmares.

For many people in this position, the promise of overcoming disadvantage and delivering their families and communities from the poor statistics we’re faced with daily is enough of a reason to endure this sort of treatment. Those who can’t or won’t cop it are branded failures. Unlike in other codes, however, where they can travel overseas to escape their Aboriginality or go to another code, if these players don’t succeed in this ecosystem, that’s it.

What we face now – as a community – is a much greater challenge than simply offering an apology or promising a review. It asks of those with and in power to step up and confront some of the uglier parts of what happens in the shadows, behind closed doors, and guide us through to the light because – as I said at the start – our game is a mirror, we see ourselves reflected in it.

That image will remain tarnished unless it is cleaned up.

Brooke Boney is a Gamilaroi woman, and Channel Nine journalist and presenter.

The Opinion newsletter is a weekly wrap of views that will challenge, champion and inform your own. Sign up here.