Home » Rugby League » Geelong are the cat’s whiskers, but they need the cream

In what became a tiresome discussion about whether or not Serena Williams was the greatest despite falling one sort of Margaret Court’s tally of 24 major singles titles, it was noted that in Court’s era many did not even know how many they had won at the time. The measure of what constituted success was different. Doubles, for instance, counted for something then.

The AFL has one of the narrowest metrics for achievement. Most football clubs around the world have shots at several prizes in one season in different competitions and formats. American sports honour divisional and conference winners and recognise so-called winning seasons, when a team wins more games than it loses. In tennis, the ideal of success is now concentrated in the majors, but at least there are four of them a year. 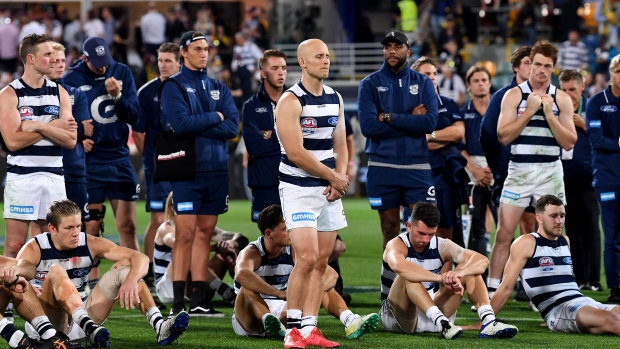 Geelong after losing the 2020 grand final to Richmond.Credit:Getty Images

The AFL lauds only the premiership winner. There is no gong for the minor premiers, nothing even for those who played for the premiers but not in the grand final, no other trophy. There’s no acknowledgement of consistent excellence.

No one will be more aware of this than Geelong and coach Chris Scott as they kicked back in their lounge rooms this weekend. In the Scott era, by a wide margin, no team has won more games. His win rate of nearly 73 per cent is comfortably better than anyone else who has coached for a substantial period. In nine of his 12 seasons, the Cats have finished in the top four. By any standard, they’re a spectacularly successful club.

Yet itching away in the back of minds is the certainty that they haven’t won the premiership since Scott’s first year, 2011. Hawthorn have won three since, Richmond three, and even perennial bridesmaids Melbourne and the Western Bulldogs have saluted. When the history of the decade is written, it will gloss over the Cats.

Some are unkind enough to say that Scott inherited rather than won the 2011 premiership, the last of three in five years for a team built by Mark Thompson. The perception, says author Anson Cameron, is that a Kalahari bushman could have driven them to that flag. 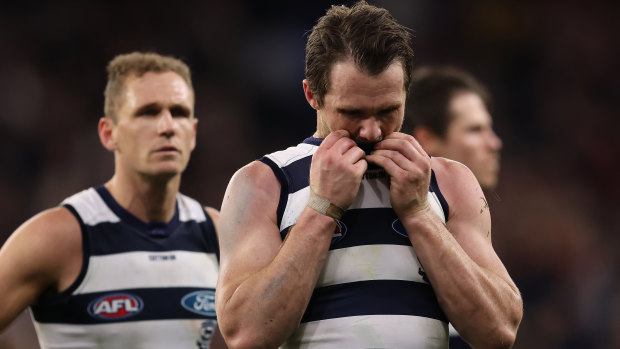 Players demur. After the turbulence surrounding the departure of Thompson and Gary Ablett jnr from the club, they say, they would not have won the flag without Scott and a philosophical rethink.

Admirers of Scott note that he has rebuilt the team entirely from then to now without ever forfeiting ladder position, flouting received wisdom that the only way up is down. Their last top-10 draft pick was Joel Selwood in 2006. It is a considerable feat.

There is an attendant irony. Colin Carter was president of the club for most of that time. Previously, as an AFL commissioner, he was instrumental in the design of the equalisation system that the Cats have repeatedly thwarted. The gamekeeper proved to be a pretty good poacher. 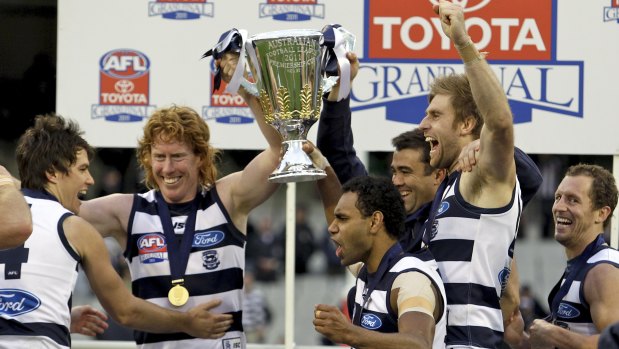 It also means they can defray their wages bill by offering a package of money and lifestyle that suits many. Geelong have more players on their list from Grovedale than from metropolitan Melbourne.

Another advantage is their political location, on several knives’ edges. Because of it, they have a stadium that never seems to stop growing. Not coincidentally, they win at 87 per cent there, 65 per cent at the MCG. But that must be set against the fact that they generally play bigger clubs in harder games at the ’G. 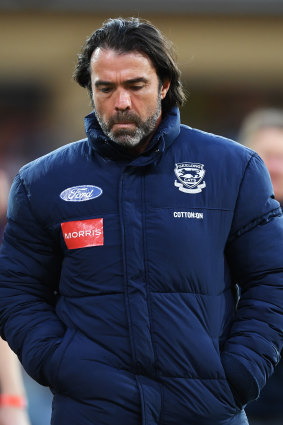 But you can’t ask a footballer to play for less money and fewer spoils, too. You can’t ask Selwood and Dangerfield to park their competitive instincts for a few years while the club rebuilds. So, year after year, the Cats thrust themselves into the top four. Year after year, they’re in contention.

Chris Judd experienced football clubs at both ends of the ladder. A decade ago, he said that to his mind, a top-four finish constituted a successful season. That seems like a useful ready reckoner, unless you’re a hard-arse who thinks that 17 teams fail every year. Top four is Geelong, 14 times in fewer than 20 years.

Top four comes with no guarantees. A momentarily better team might come and go. A Dustin Martin might come and go. You might have bad luck or make a bad judgement, which will be magnified. But it’s magnified only because you’re playing for the highest stakes – again.

Other clubs get mocked for tanking. Geelong get mocked for not tanking. It bugs them. But only once, after losing an elimination final in 2018, and only for a moment, did they second-guess their philosophy. Then they played hardball with Tim Kelly, loaded up and went again, winning the minor premiership the next year – but not the premiership.

Premiership have never been harder to win. Simple maths tells you that. When Scott began, there were 16 teams. Now it is 18, and soon enough could be 19. 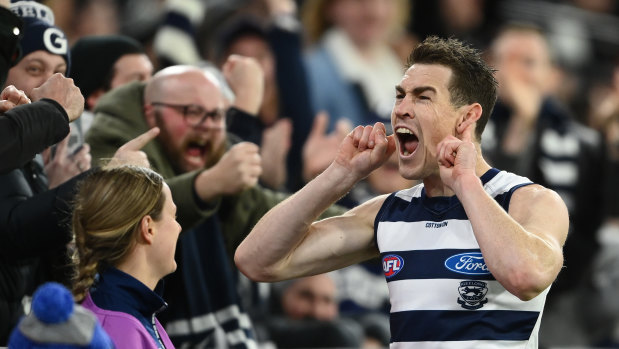 It is probably time to consider a more liberal distribution of the spoils. To a certain extent, AFLW helps, giving clubs another peg on which to hang their hats. Perhaps one day the AFL will admit that the current fixture is nonsense and find scope for a streamlined premiership race and a parallel knockout competition.

That’s for then. This is now. Not since Scott’s first season have Geelong been as well-placed to win the premiership. It would be a stretch to say history haunts the Cats the way the Colliwobbles once did Collingwood. That we should all be so lucky as to live with such ghosts.

The Cats make no apology for who they are or how they’ve gone about their business. They made a preliminary final last year and are back in one this year with an objectively stronger team. The decade of premiership blanks is not an itch, demanding to be scratched. But it is an asterisk.