As a budding rugby league fullback Isaac Heeney loved watching Anthony Minichiello so he defied the family tradition of barracking for the Newcastle Knights to become a rusted-on Roosters fan.

Fast-forward and Heeney, 26, is the Swans’ poster boy, the Hunter Valley kid from NRL heartland who is a high-flying star of the AFL.

“Since the age of 12 I was in the Swans Academy and I think that was a massive driver as to why I stayed with AFL instead of NRL and pursued it. There was a nice little pathway,” Heeney told the Herald and The Age.

League remained his favourite sport until his mid-teens. He still watches more NRL than AFL.

When Heeney joined the Swans’ academy he couldn’t name most of the AFL clubs, let alone any of their star players.

The reality is that AFL remains a niche sport in much of Sydney and NSW. Heeney was the only kid in his primary school who played Aussie Rules and was one of only two at high school, proving how pivotal club academies are in the non-AFL states for attracting and retaining talent. 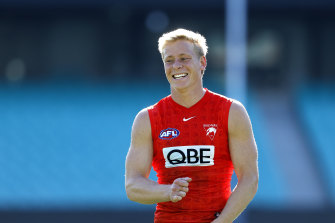 Isaac Heeney at training with the Swans this week.Credit:Phil Hillyard

“The old man played rugby league and union growing up and mum was a swimmer and into athletics. AFL was foreign to the whole family,” Heeney said.

“As kids we played all kinds of different sports and one of my best mates said ‘let’s have a crack at AFL’ . I jumped at it.”

It just so happened that his mate was the cousin of Charlie Dixon, the key forward who started at the Gold Coast. He is now with Port Adelaide, the team that upset the Swans last Saturday and left them hanging precariously at the bottom of the top eight.

Heeney and his elder brother Beau, who also spent time at the Swans’ academy before starting a building business and a family, grew up on a farm and spent their life outdoors. 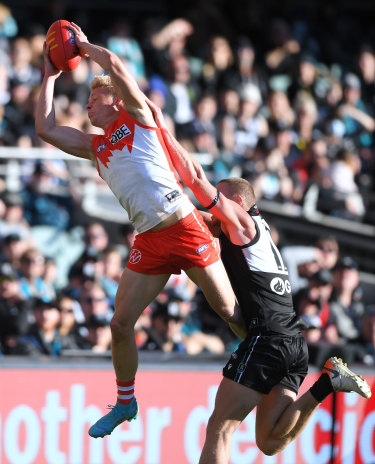 “Mum was always having to call us in for dinner,” Heeney recalled with a laugh.

Their father taught them how to fish and Heeney loves the relaxed solitude.

“Rather than me sitting in front of a TV and watching a show it’s my little getaway, a bit of peaceful time having a flick of a line into the ocean,” he said.

“Even if you’re not catching anything, it’s still beautiful to be around the areas that you do fish. We grew up just doing it. My old man loves it, and we caught our own feed.” 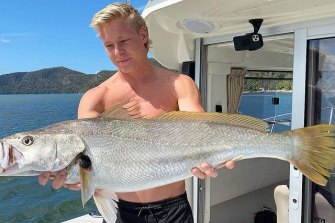 The expression of that love was Heeney buying his father a five-metre “tinnie” to go fishing. He has since bought one for himself.

As teenagers Heeney and his brother also pestered their father for a surfboard. They picked one up on Gumtree for $50, figured out how it worked, and now Heeney surfs at Maroubra beach, near where he now lives.

“The hobbies work well with each other,” he said. “When the swell’s big I can surf, and when it’s small I can fish. And obviously if my body’s a bit sore I’ll fish and if it’s feeling good I’ll go out for a paddle and have some saltwater therapy.”

At 26 and with almost 150 games to his name, Heeney is one of the foundations a young Swans side is building on to create a new era. 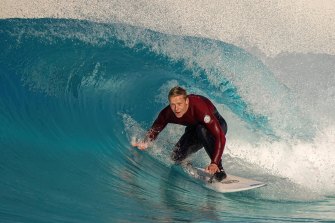 Isaac Heeney has made surfing part of his football recovery.Credit:Instagram – urbn surfing

After missing finals in successive years for the first time since 1995, the Swans surprised most football followers last season by winning 15 games and only finishing outside the top four on percentage.

They must win seven of their remaining nine games to achieve the same this season, starting with St Kilda at the SCG on Saturday night. The teams from sixth to ninth on the ladder — Richmond, the Swans, the Saints and Collingwood — all have eight wins and are separated by 12 per cent.

“It’s a funny one,” Heeney said. “I still feel really young, being 26. But I’ve got the experience under my belt, and I’m probably one of the more experienced players in the club.

“We’ve a young side, but at the same time we’ve got a lot of players who have played a lot of games, which is really good.

“It’s a super exciting future, hence why I’ve signed on for another six years. I think we’re in a time at the club where we can do some damage, and hopefully do something pretty special. I truly believe that.”