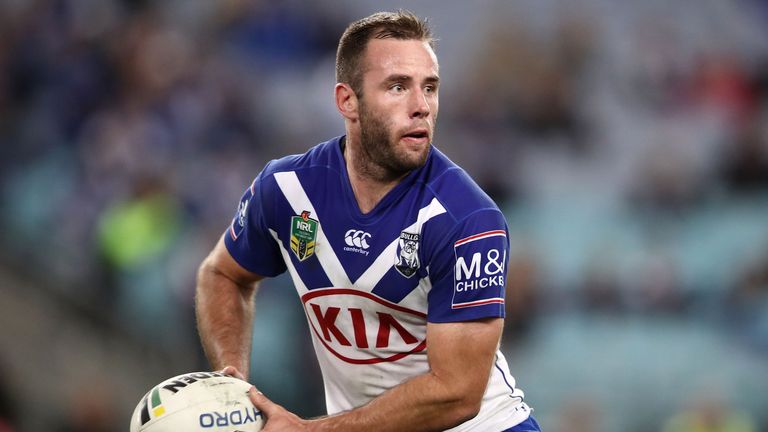 Huddersfield have signed Australian half-back Matt Frawley on a two-year contract from Canterbury Bulldogs as they prepare to part company with veteran Danny Brough.

The 23-year-old Frawley has made 31 NRL appearances for the Bulldogs but played under Giants coach Simon Woolford at Canberra Raiders and looks set to be a straight replacement for the 35-year-old Brough.

“I’ve known Matt for a while now,” said Woolford. “He came up through the junior grades with Canberra as a half or hooker and he’s really developed nicely at the Bulldogs.

“We see him as a good fit to our team. He’s got a good kicking game, he’s a competitor and we feel that with the way we play he can add a lot of value to our team.

“He’s still only young so he’s got some things to learn but we feel we can mould him into our team nicely and he will do a really good job.

“He’s certainly shown that he can cut the mustard at NRL level so we see no reason why he can’t come over here and be a dominant player for us.”

Frawley said: “I’m really excited about this opportunity. I’ve kept an eye on Super League over the years and have always had an interest.

“Simon was the hooker’s coach at the Raiders when I was in the 20s and I’m really looking forward to working with him and developing my game under him.”

Brough, meanwhile, is set to join Wakefield for a second time in a swap deal involving full-back Scott Grix, who will begin a second stint at Huddersfield in 2019.

Brough, who in March signed a new contract with the Giants for 2019, is the seventh highest scorer in rugby league history and played for Scotland in the last three World Cups.