Penrith coach Ivan Cleary has been forced to evacuate his Penrith home after Nepean River levels rose to a 60-year high on Sunday night.

The Panthers coach, who is living in a property owned by son Nathan while he renovates his Northern Beaches home, left the Ladbury Avenue house after the NSW State Emergency Service issued an evacuation warning to residents close to the rising river on Sunday afternoon. 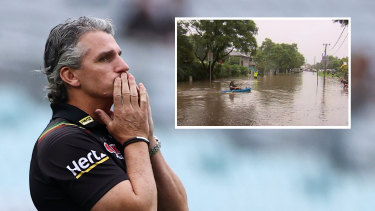 Ladbury Avenue in Penrith on Sunday afternoon, where Ivan Cleary has been forced to evacuate (insert).Credit:Getty and Nine News

They are just a few of several flood-related issues that have thrown Penrith’s grand final rematch preparations against the Melbourne Storm into chaos, with the club’s training fields predicted to be underwater by Monday as floods rage through western Sydney.

The running joke at Penrith is how Nathan is Ivan’s landlord, but on Sunday Ivan moved into the family’s Leonay home, which his son has been living in for the past few months, as residents west of Peach Tree Creek were asked to evacuate their properties.

Peach Tree Creek, which spills off the Nepean river, runs behind Penrith’s multimillion-dollar high performance centre. Club officials are ready for a disrupted preparation to Thursday’s showdown against Melbourne, with a number of club staff expected to be missing on Monday as they deal with the impact of the wild weather. 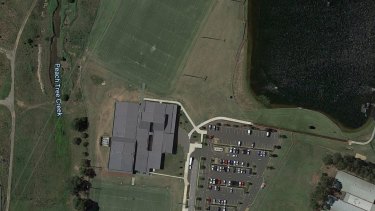 Penrith’s academy (pictured on Google Maps) is situated right next to the overflowing Peach Tree Creek.

Flood levels were predicted to rise well above 10 metres by 9pm on Sunday night, leaving the Panthers’ training fields in danger of being engulfed by the rising water levels shooting off the Nepean River.

The river level of the Nepean River is higher than the 1961 flood event, the most significant rain deluge in 60 years. Penrith’s academy was built in a flood zone, which is why the $22 million facility itself was elevated a couple of metres above the field level when built in 2016. The club is confident the academy will not flood, however there are concerns the club will have to base itself out of a different facility this week. 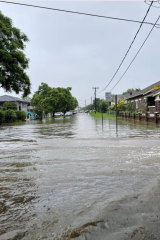 The Panthers are scheduled to hold a recovery session at the club’s academy on Monday, however plans may change. Residents west of Peach Tree Creek were on Sunday afternoon ordered to evacuate. The academy is situated 20 metres east of the overflowing creek.

Elford also lives on Ladbury Avenue and was forced to evacuate his home as well, while O’Neill lives on a nearby street.

The SES directed residents of western Penrith to safely relocate their personal belongings from the high danger area, as once floodwaters reach 7.96 metres the Great Western Highway evacuation route will be cut.

Residents were warned that if they remained in the area after 4.30pm they ran the risk of being trapped without power, water and other essential services. They were also warned that rising flood levels may make it too dangerous to perform a rescue if they opted against leaving their homes. 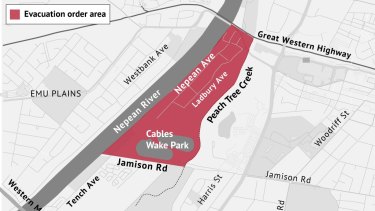 Cleary has been rather unlucky in recent months. He was ordered into the mandatory 14-day lockdown while living on the Northern Beaches earlier in the year. He also had a COVID test last week after picking up a sore throat, but was later cleared.