Home » Rugby League » Juggling and a ‘classified’ journal: Inside what makes Nathan Cleary so good

In the hour before kick-off in the State of Origin series opener, Brad Fittler’s NSW players are doing all manner of weird and wonderful things to prepare for the game.

The coach is talking to fellow Blues legend Andrew Johns, who could comfortably still slip into class clown mode.

Nathan Cleary juggling as a hand-eye activation before Origin I in Townsville.Credit:Channel Nine

Standing behind the pair is Nathan Cleary, side on to a wall. He’s throwing a ball behind his back against it. A split second later, he whips the same arm around to the other side of his body to catch the ball as it rebounds back to him.

He keeps doing it over and again, Fittler and Johns oblivious the party trick just a few metres away.

Only moments later Cleary grabs another couple of balls and starts juggling, with all the poise of a seasoned circus performer.

He’s about to run out as NSW’s main man in the biggest rugby league show on the planet, but all that matters right now is making sure he keeps juggling for as long as he can. 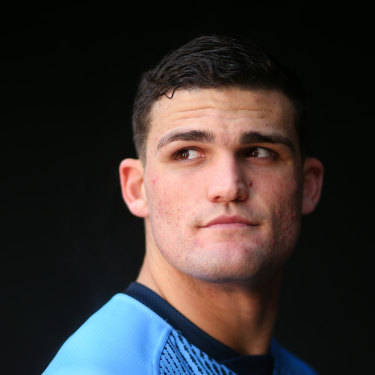 “It started as more of a fun thing, but I did it once and played all right so I kept trying to do it,” Cleary says. “It’s all about hand-eye [co-ordination] and I switch on with it.”

The skill was taught to all of Penrith’s players by assistant coach Cameron Ciraldo a couple of years ago. He asked his players to try to juggle for 10 seconds at first and then 20 seconds. He wanted them to see if they could work up to a minute.

For those who couldn’t meet the incremental targets, Ciraldo would impose light-hearted penalties. It was all a bit of fun.

“The thing with Nathan is with any sort of skill, drill … you give him something to do and he’ll do it every day until he gets it right.”

Yet Cleary didn’t stop until he was the best juggler in the group.

Gradually over time, most of Cleary’s Panthers teammates dropped off. The boom boxes and basketballs were more entertaining.

But their No.7 made juggling part of his pre-game routine.

“The thing with Nathan is with any sort of skill, drill, anything like that … you give him something to do and he’ll do it every day until he gets it right,” Ciraldo says. “It’s been the same with his kicking over time, his passing. 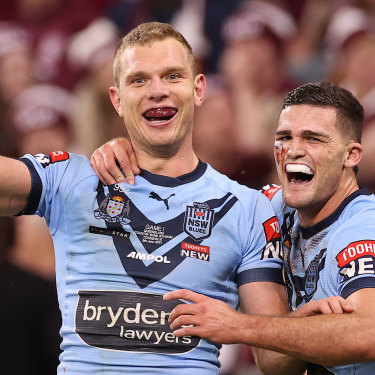 Only this week at Blues training at Kingscliff, Cleary took over a defensive drill for the outside backs. He told game one destroyer Tom Trbojevic exactly how he wanted him to run at him.

“Then he made this full-on tackle,” Knowles says. “This is the halfback running the tackling drill.”

Cleary has already been part of two NSW squads which hoisted the Origin trophy in 2018 and 2019, but he’d never really been able to make his mark on either with old clubmate James Maloney running the show.

NSW won the series in 2018, Fittler’s first year in charge, before they had even set foot in Queensland.

The next year the Blues were ambushed in game one before Cleary was injured during the game two demolition in Perth. He missed the series decider in Sydney when Mitchell Pearce was parachuted back into the No.7 jumper to exorcise his Origin demons.

Fittler has always backed Cleary when there was endless debate about who should be the NSW halfback.

It’s now at the point where there is no debate, and probably won’t be for the next decade. 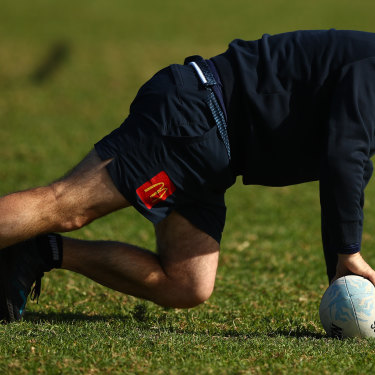 NSW coach has put his trust in halfback Nathan Cleary to devise the Blues’ gameplan.Credit:Getty

More than ever, this week has showed Cleary is finally comfortable with this NSW team being on his shoulders. You sense a series win, inevitable in the eyes of many after the Blues’ game one rout, will be his defining moment to date.

Before he named his team for game one in this year’s series, Fittler called Cleary. He wanted him to come and meet him and assistant coach Craig Fitzgibbon.

Fittler didn’t want to order instructions to his game manager, instead he asked Cleary how he thought NSW could beat Queensland.

“He was actually my first port of call,” Fittler says. “I just know how much effort he puts into the game. I ask what he thinks works, and then I work on it from a coaching point of view with Fitzy.”

“I just know how much effort he puts into the game. I ask what he thinks works, and then I work on it from a coaching point of view.”

Maybe it is part of Fittler’s strategy this year to empower his senior players more, such as Cleary and captain James Tedesco, but probably moreso a sign of the respect he has for Cleary.

To carry out that gameplan, Cleary has been doing a lot of talking at Blues training this week.

When the Blues wrapped their arms around one another in a tight circle at the end of Thursday’s session, Cleary was the most animated.

While it’s common for halfbacks and kickers to be the last to finish a session, Cleary’s NSW and Penrith teammates know it’s one honour they’ll never earn. 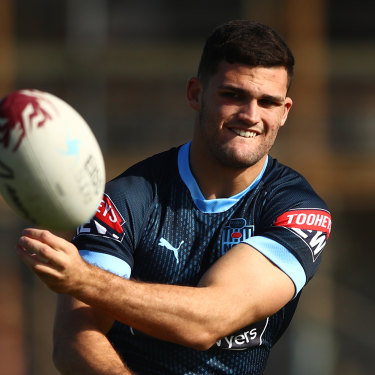 “I challenged Matt Burton one night to be the last to leave the field,” Knowles says. “I was trying to inspire him via just learning from Nathan, but also having a giggle to myself knowing there was no way he was going to be the last. Nathan just wouldn’t let him.

“So eventually [Penrith equipment manager] Alan Mair had to go and turn the lights off to get him off the field.”

Says Ciraldo: “While everyone is playing table tennis, he’s watching vision of the opposition. When you’re walking out and you think everyone has left the building, the halfback is still there 10 hours after he started.

Where could Cleary end up? Who knows.

But if juggling is any barometer, he’ll push himself further, and harder, than anyone else.

“What drives me is to always get better,” Cleary says. “I don’t think I’ll ever be content with where I’m at.

“[Rugby league] is not something that feels like a chore to me. I’ve always loved footy and I feel like there’s a lot more to do in the game.

“It really feels like I’m just getting started now.”