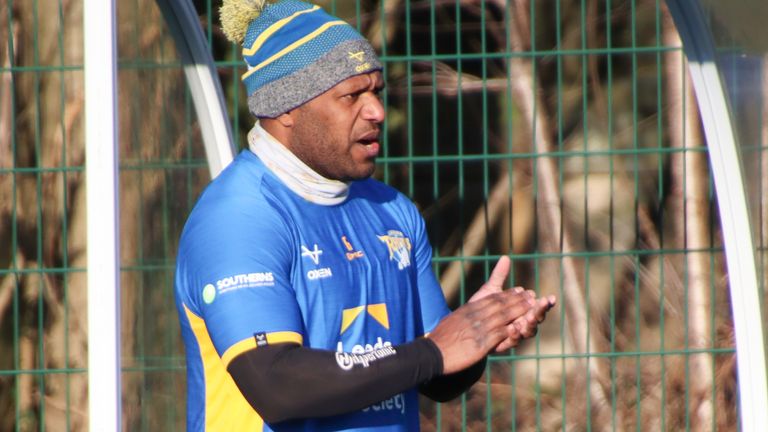 Leeds Rhinos have been hit with a double injury blow ahead of the new Betfred Super League season after Rob Lui and Jack Walker suffered injuries.

Half-back Lui tore a quad in training which will rule him out for eight to 12 weeks, while full-back Walker looks likely to miss the entire 2021 season.

Lui suffered his injury two weeks ago and subsequent scans have confirmed he will miss the start of the new campaign, when the Rhinos face Wakefield Trinity at Emerald Headingley on Saturday March 27 – live on Sky Sports.

Meanwhile, 21-year-old Walker had surgery last season on a foot injury but his latest scans have revealed he could be on the sidelines for around six months.

Leeds Rhinos Director of Rugby Kevin Sinfield said: “We are disappointed for Rob and Jack as both players were keen to make a big impression this season.

“Rob is progressing well with his rehab and will be back hopefully within three months.

“It is desperately sad news for Jack. He worked hard to return to playing last season but the original correction to his foot has now failed and, along with Jack, we are speaking to the experts to find the best solution going forward to resolve the issue. “Despite having been in the first team since 2017, Jack is still young and our medical staff will be working with him over the coming months to help him make a full recovery.

“Unfortunately, injuries are part of our game but we will make sure Rob and Jack have all the support they need.”